VICTON held their fan meeting “Voice to ALICE” on September 22 at the Donghae Arts Center with over 2,000 fans, marking a new start for the group after a long hiatus.

Earlier this year, members Han Seung Woo and Choi Byung Chan competed on the Mnet survival show “Produce X 101.” Leader Han Seung Woo was chosen as a member of the project group X1, which debuted last month and will promote for five years (with 2.5 years spent exclusively with the group). For now, VICTON will be promoting as a six-member group.

The “Voice to ALICE” fan meeting was VICTON’s first official event following this big change, making it both a meaningful and emotional event for the group and their fans ALICE. VICTON has seen a rise in popularity following the two members appearing on “Produce X 101,” and their fan meeting sold out in only 20 seconds.

Members Seungsik, Chan, Sejun, Hanse, Byung Chan, and Subin opened the event with performances of their 2016 songs “What Time Is It Now?” and “I’m Fine” before having a fun talk segment with fans and celebrating Hanse’s upcoming birthday. They shared the news that they’re currently gearing up for a comeback and said that it will happen before the end of the year. 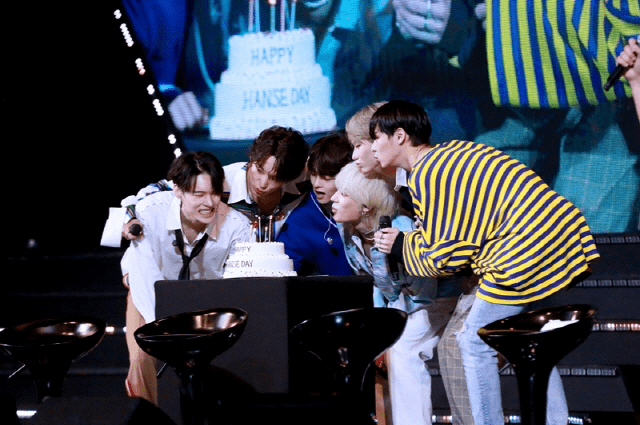 The group went on to perform their b-sides “Timeline” and “Blank” before wowing fans with a special dance performance set to Kehlani’s “Gangsta” as well as a group cover of “Lost Stars” from the “Begin Again” soundtrack.

The members and their fans were then surprised when a video was played of Han Seung Woo, who had recorded a message of support for his fellow VICTON members. “I hope that you have a good time and make precious memories,” said Han Seung Woo. “I’m going to really support you. I love you so, so much.” He also expressed his hopes that Seungsik will take the role of leader while he’s away. His sudden appearance and the message left the members and many of their fans in tears. 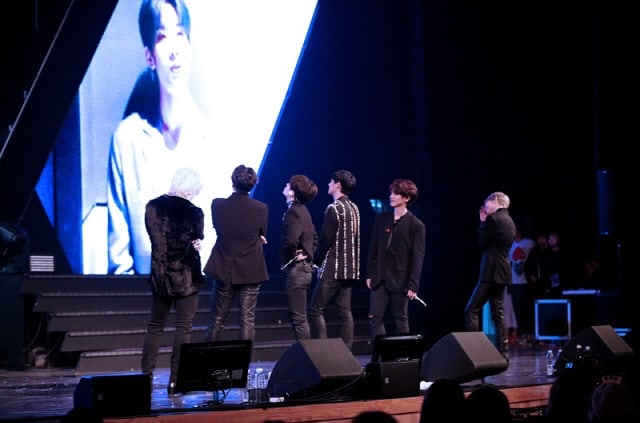 Seungsik agreed to take on the role of interim leader and said, “It’s sad that we’re apart for now, but we’ll fill up Seung Woo’s empty space so that when he returns, we can do great performances together. Thank you.”

Sejun said tearfully, “To be honest, I was so surprised. Our eldest member suddenly went away, and on one hand it’s been very hard, but I’ve been saying ‘It’s okay’ and preparing for our fan meeting.” He added, “After this short time, when you return, let’s be together forever.”

Youngest member Subin also said to their leader, “We’re doing well so don’t worry. There’s always a place here for you, so come back. We’ll be waiting.”

The members were then shown a video that featured clips from their past and messages of support from ALICE, which created another tearful moment for the members and their fans.

Towards the end of the event, Choi Byung Chan said, “This is the first time that VICTON’s held an official event in such a big venue.” He added, “I think of this as our ‘turning point.’ Thank you for spending your precious time together with us.”

VICTON ended the show with performances of their songs “Remember Me,” “Time of Sorrow,” “Because of You,” and “Light.” 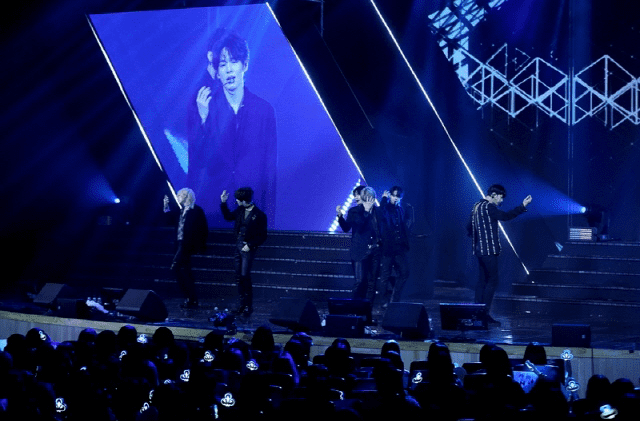 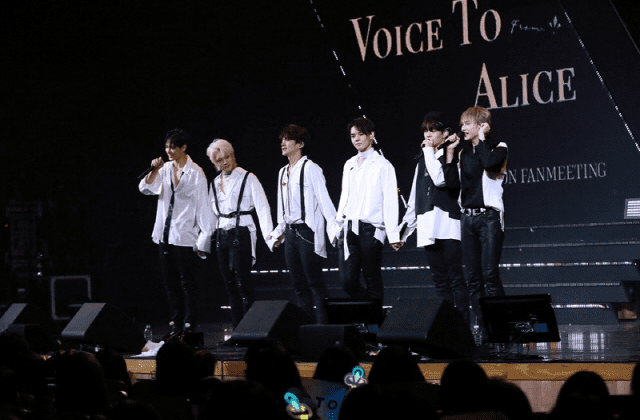 With the group currently focusing on comeback preparations, the members have also been appearing on variety shows and in web dramas recently. Choi Byung Chan will be holding his first solo fan meeting in Taiwan on September 28.