Mnet’s “Queendom” has shared the rankings for its second round, the cover performance battle!

In the most recent two episodes of the competition show, the six female artists took on the task of staging a cover performance. The September 26 episode announced the rankings from this round.

Oh My Girl took first for their performance of Lovelyz’s “Destiny,” and they cheered in joy. Seunghee said, “Thank you to everyone who voted for us, and thank you to Lovelyz who promoted with such a great song.” Lovelyz’s Mijoo said that she had thought Oh My Girl would win and shared her sincere congratulations to them in her interview. 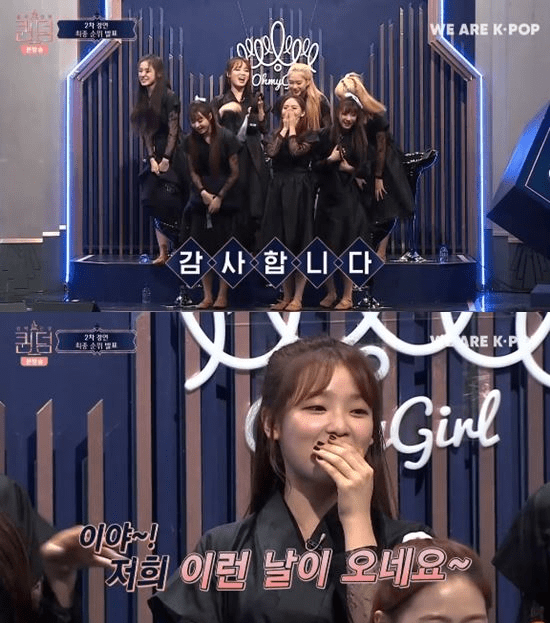 MAMAMOO came in second place with their performance of AOA’s “Good Luck.” MAMAMOO had also scored the runner-up spot in the first round of performances, and Moonbyul said she was glad that they were able to maintain the same score. “I think we’ll do more fun performances and performances that allow us to communicate,” she said.

Third place went to AOA, who had put their own spin on MAMAMOO’s “Egotistic.” Hyejeong said, “We did everything we wanted to do. We wore suits and we used a lot of dancers. We had fun doing it but we received a good ranking too, so thank you.” Jimin said, “I’m really pleased with this. We’re going to keep going up.” 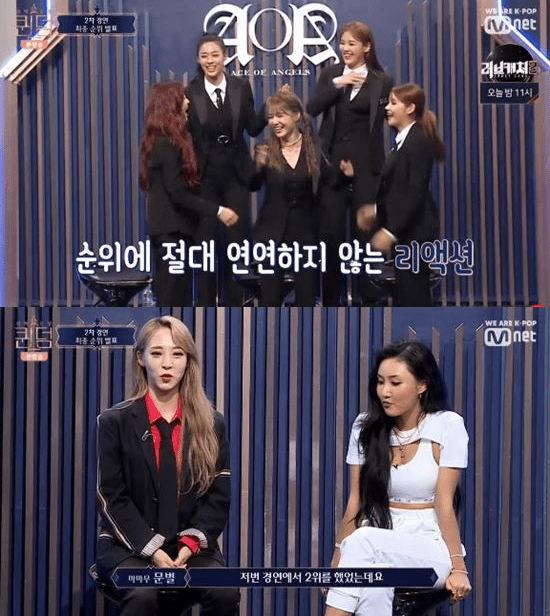 Lovelyz, who had been in the bottom spot in the last round, came in fourth this time with their performance of Brown Eyed Girls’ “Sixth Sense.” There is a rule that a team will be eliminated if they come in last twice, but thankfully Lovelyz avoided this. Sujeong said, “I’m happy that we’re able to perform again next time too” and cried.

Park Bom (who had performed (G)I-DLE’s “Hann”) came in fifth place, and (G)I-DLE came in last place after they performed 2NE1’s “Fire.” Jeon Soyeon said, “It hurts a bit but I feel the passion burning in me because we came in sixth. We’ll try hard so that we can come in first next time!” She said in her interview, “The members can’t go out and have fun now. We’re going to just stay in the practice room and put absolutely everything into our practice so that we can do the best performance.”

After coming in fifth place again, Park Bom said, “I was really shocked.” She shared her plans to return to her original intentions. 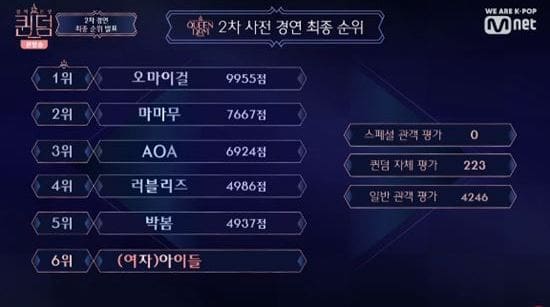 What do you think of the rankings?