Jessica Lee spoke more about her experiences on “Idol School” following the recent reports about the show.

In recent weeks, the 2017 Mnet survival show “Idol School” has come under fire due not only to allegations of vote manipulation but also stories of unfair treatment and poor living conditions that led to health issues. A testimony from contestant Lee Hae In has shed light on many alleged issues with the program.

“Idol School” student Jessica Lee (also known by her Korean name Lee Seul) previously spoke about the program in a video where she explained that the show helped her realize that being a K-pop idol was not for her. She did not go into detail about the conditions on the show in that video.

On October 17, she uploaded a new video in which she described in English more details about her “Idol School” experience.

It was recently reported that only four of the 41 students on “Idol School” had actually taken part in the auditions among 3,000 contenders that was shown on the program. Jessica Lee shared that she was not one of those four contestants who attended that audition. She apologized for receiving the “unfair opportunity” and said she wasn’t aware that the audition had occurred.

Jessica Lee described how she had thought the program would really be a “reality show” similar to a documentary, and she said her parents had given her permission to go on the show based on the same idea.

Once it was announced that the first eliminations were coming up, Jessica Lee said she went to one of the writers and begged that she be eliminated. “I knew that after about a month I was just kind of like a prop of that show,” she said. “I told her, ‘I have so much more important things that I have to do in my life instead of staying here for how many more weeks.'” She found out later that her father had begged the writer to eliminate her. Jessica Lee added that she wasn’t sure if that was the reason why she was eliminated in the first round. 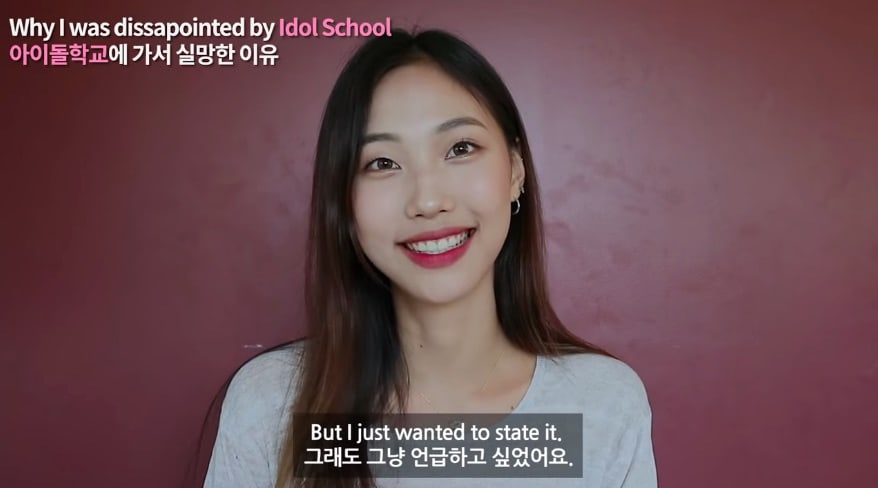 Jessica Lee went on to say, “I also didn’t know that my phone would be confiscated and my contact with the outside world would cease.” Despite being told otherwise before the show began, her phone was taken and put in a bag, and she couldn’t use it for two months. She therefore wasn’t able to contact anyone outside, despite assuring people before the show that she’d be able to because of what she was told.

She continued by talking about the intense diet for the contestants that has been described in reports. It was previously reported that some of the contestants who went to school would hide snacks in their underwear to bring back to the dorm. Jessica Lee said that eventually the managers realized what was going on and would check the students’ bodies. “That act, if I think about it now, is violating human rights,” she said.

Jessica Lee said that she’d given her credit card to one of the students and asked her to buy her 50 chocolate bars, and she was able to receive them as it was before the body checks began. She’d then eat them alone in the bathroom.

She also explained that CJ ENM became concerned that the contestants were gaining weight. They began weighing them regularly and reduced the servings that students received if they gained even just a kilogram (approximately 2.2 pounds), while also allowing those who lost weight to go to the store to buy snacks.

Jessica Lee said that the servings were reduced so severely that when she gained a kilogram, she was allowed to eat only one single french fry and one piece of meat at a meal. She shared that this rule was abolished after she protested to one of the managers. 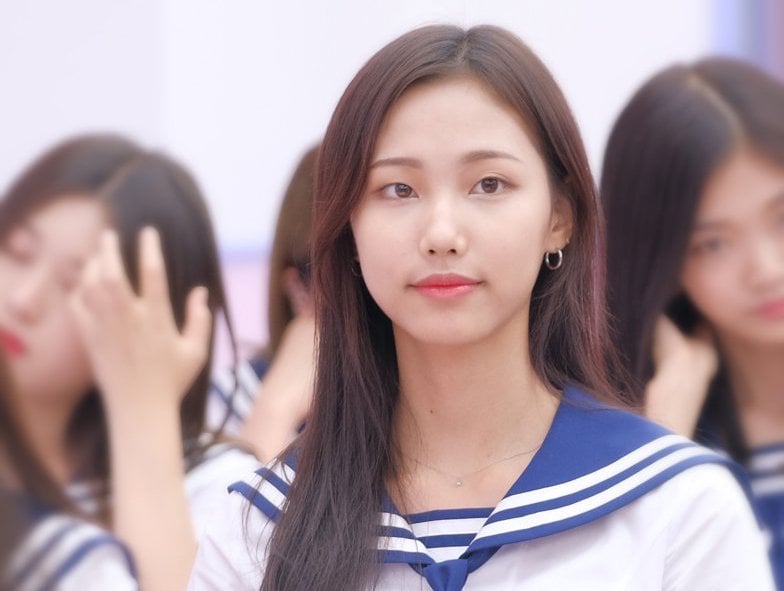 In addition, she talked about “evil editing” and how the writers of the show would interview the students for hours with the intention of waiting for them to say what they wanted to hear. Jessica Lee said that the interviewer became frustrated with her when she shared her honest thoughts (such as saying she was very happy when she was eliminated).

She criticized the show for claiming to be a reality show and suggested that it should have just been called a drama. “As Hae In unni mentioned, it was like a drama, really,” she said. “There were times when we had to look at a blank screen and react. There was a time when we had to answer to our teacher, ‘Okay, teacher!’ when he wasn’t actually there.”

Jessica Lee also talked about the allegations about contracts that were offered to some of the contestants during the show. She clarified, “I was asked to sign the contract during the show before I got eliminated. They said they plan to create a team B out of the people who don’t make it to debut. I refused, and they asked me again after my elimination. By sugarcoating their words like, ‘If you don’t want to be an idol, we can give you opportunities for acting too,’ they asked me to contact them if I changed my mind. However, I refused this one again.”

Jessica Lee gave a message to people who want to be K-pop idols. She said that contrary to what she originally believed, opportunities in the K-pop world don’t just come to those who are passionate and enthusiastic. “Depending on the decision of the people who are in the ‘higher position’ than you, you could be seen as a totally different person,” she said. “Or in this particular show, you might not even be seen. Just like me!” She encouraged people to look beyond what is shown and what companies say.

She also wrapped up her video by acknowledging the courage of Lee Hae In for speaking out on the issue.

idol school
Jessica Lee
How does this article make you feel?