Lovelyz’s Kei shared her thoughts on competing on “Queendom” and her friendship with MAMAMOO’s Hwasa.

“I didn’t get to sleep, but I was able to have fun doing it,” Kei began. “I liked that I was able to attempt many new things. I didn’t have time to be tired because my personality is, ‘If you can’t avoid it, enjoy it.’ I couldn’t be tired because it was like a dream. There were so many people helping us, so I gained strength and got up whenever that happened.”

During the unit battle on “Queendom,” Kei chose Hwasa as her partner and the two same-aged idols gave an amazing performance.

“I’m shy and quiet, but am straightforward when working,” said Kei. “And I was originally a fan of Hwasa. She’s of a really different style than me, and I think I sought after her because her performing skills are great. I was thankful she accepted. During our practice, she seemed like my teacher and not my duet partner. She helped me with parts that didn’t match me, taught me facial expressions, and I learned a lot as she coached me. I think it was a good idea to appear on ‘Queendom.’ When would I be able to perform with Hwasa?” 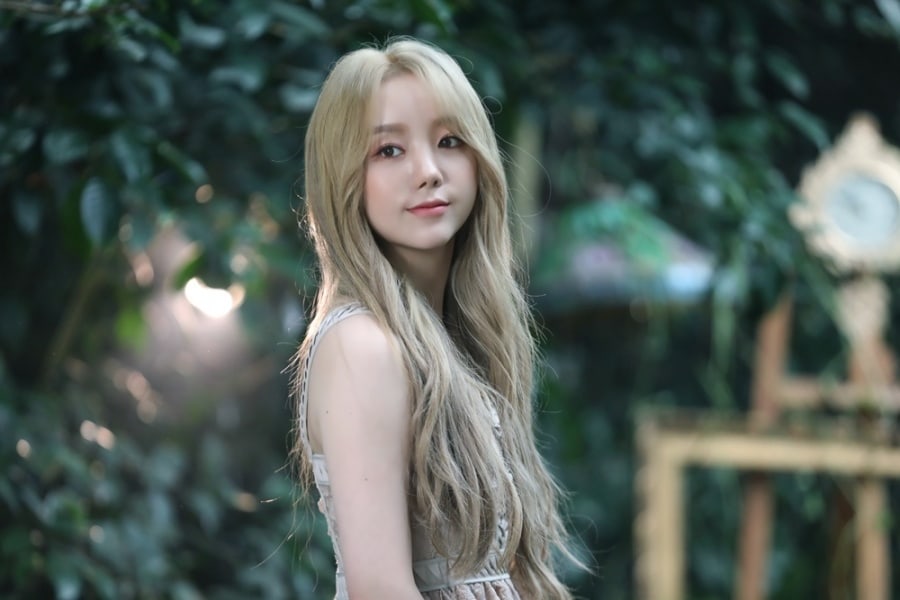 The scene where Kei persuaded Hwasa to be her partner went viral on online communities, and netizens commented that it was Kei’s passion that won Hwasa over. “Hwasa came without sleeping after an overseas tour that day,” explained Kei. “I felt bad seeing her tired appearance, so I think I tried to appear brighter than my usual personality in order to bring up her energy. Because of that, filming was fun but I thought that I should tone it down when I watched the broadcast. I was grateful to Hwasa. When filming, she said she liked that I had energy. The members saw how I was acting towards Hwasa and said it was cute. I’m pretty calm and don’t act cute in front of the members, but I gained hope that I don’t have to refrain from my cuteness now, seeing how the members liked it.”

Speaking about the friendships that formed on “Queendom,” Kei said, “I became close with Hwasa and (G)I-DLE’s Yuqi. And Park Bom. I personally respect her and thought that we became close, and Park Bom sent me a message on Chuseok. She also said she went on a trip and asked me what I wanted to eat. It’s still fascinating that I’m exchanging text messages with her.”

Kei concluded, “I don’t know the agency’s course of action, but I want to [release another Lovelyz album]. We bond over food. The members are really kind. The idol market is difficult, but I think we’re a group who met each other well.”

Check out the MV for Kei’s solo title track “I Go” here!

MAMAMOO
Lovelyz
Kei
Hwasa
Queendom
How does this article make you feel?