Character posters have been released for the upcoming MBC drama “Love with Flaws”!

The poster for Oh Yeon Seo’s character Joo Seo Yeon includes the tagline “hate pretty boy.” Her colored sunglasses represent her prejudiced view of pretty boys, which was caused by her good-looking brothers. 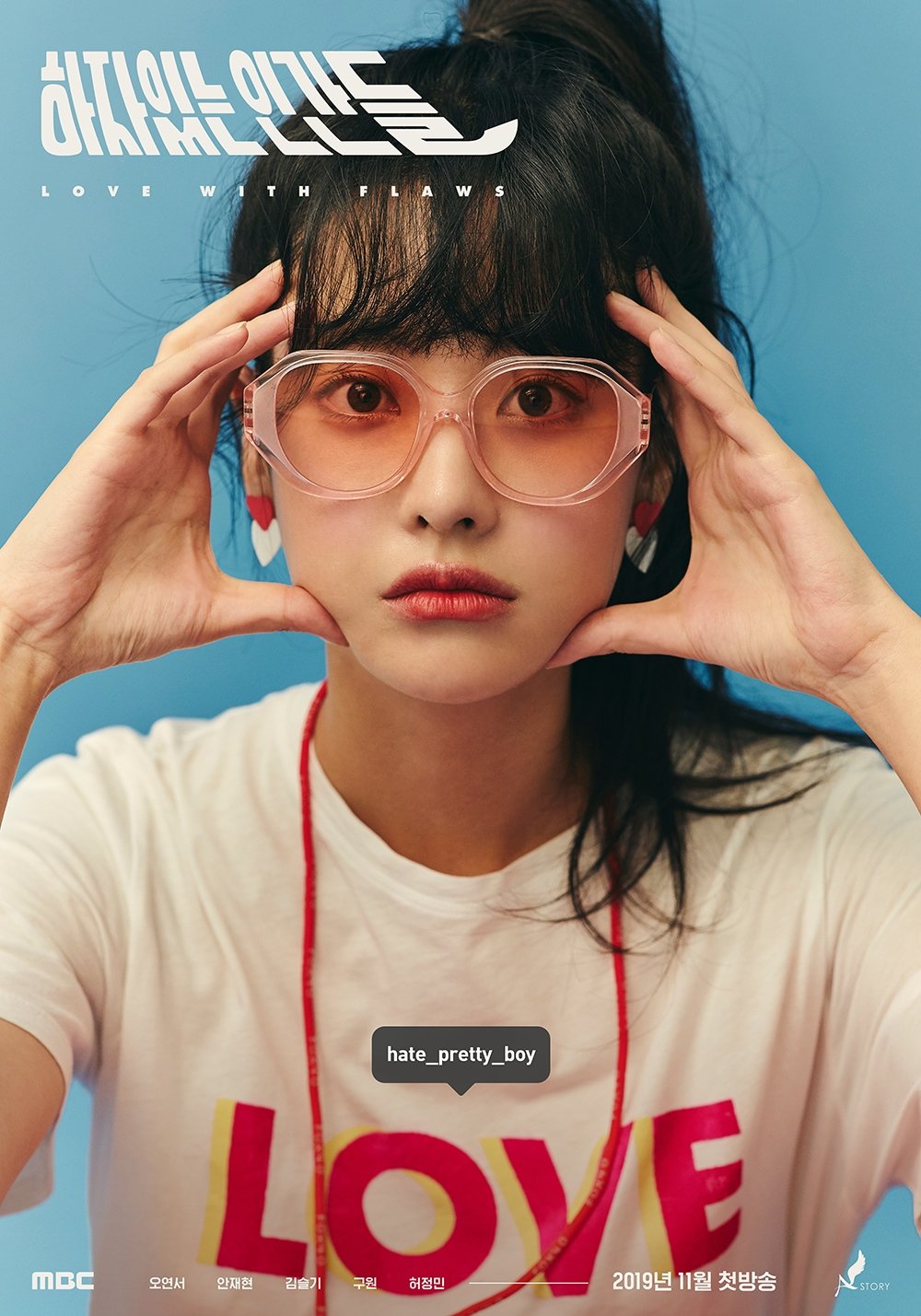 The narcissistic nature of Ahn Jae Hyun’s character Lee Kang Woo is emphasized through his character poster, which includes the text “I’m so beautiful” as he holds onto a mirror. Despite his cold and confident image, Lee Kang Woo is a character that lives with a traumatic past. 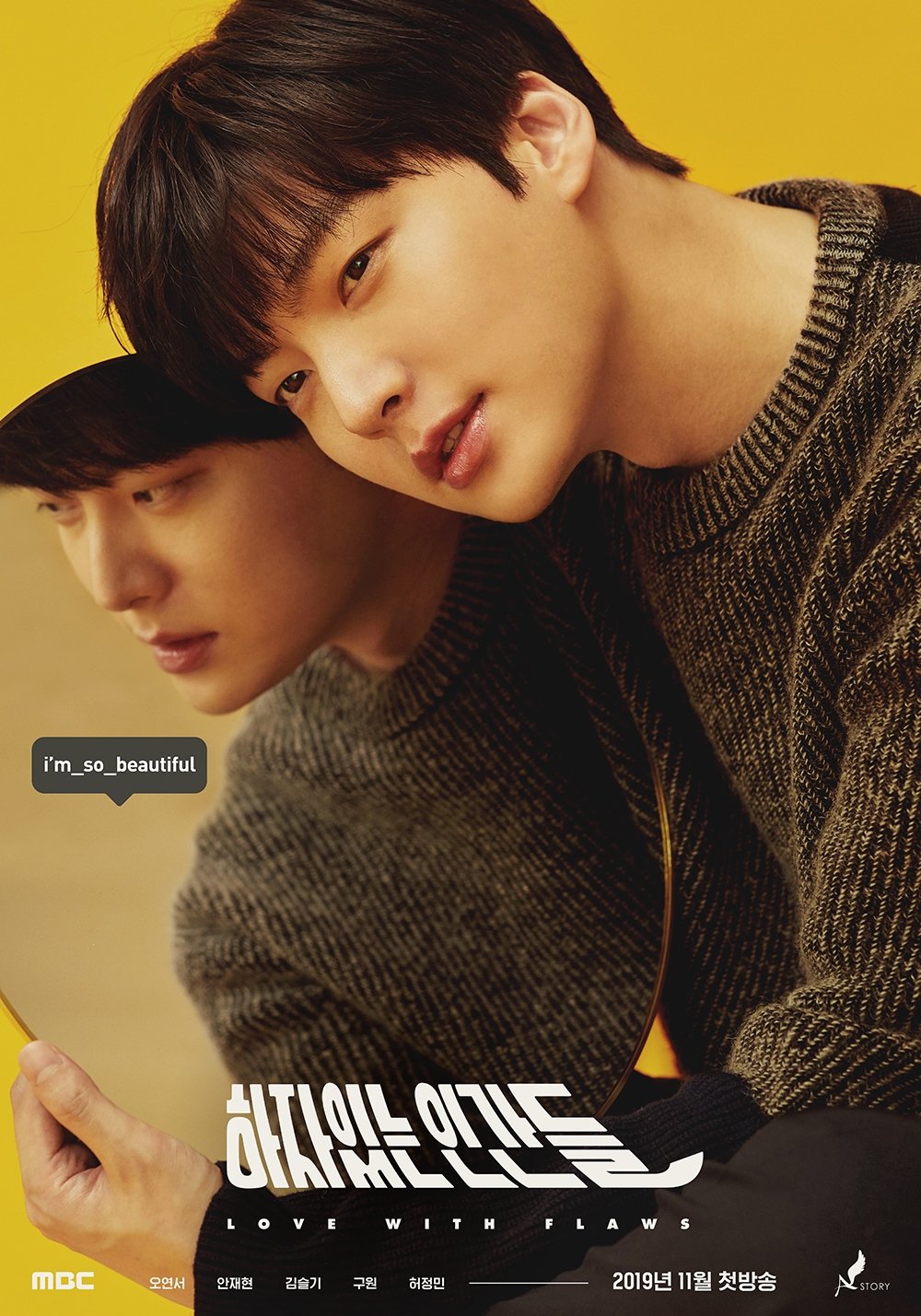 Kim Seul Gi plays Kim Mi Kyung, a longtime friend of Joo Seo Yeon. She is highly ambitious but a realist, and she spends 70 percent of her income on dressing up. Her tagline reads, “find_rich_husband.” 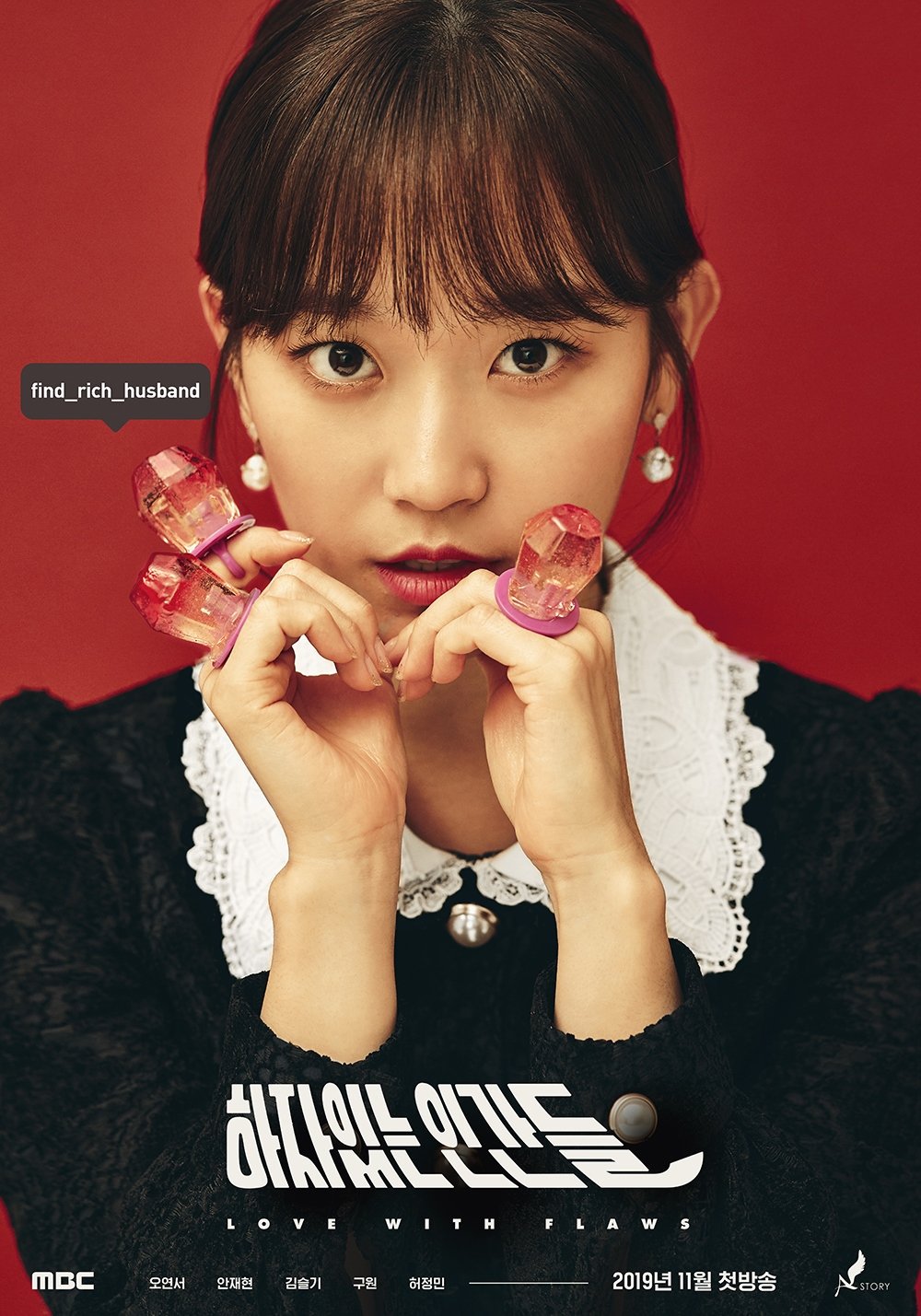 Goo Won’s character Lee Min Hyun is unable to tell any lies due to trauma from a past incident, which is directly expressed through the text, “I cannot lie.” 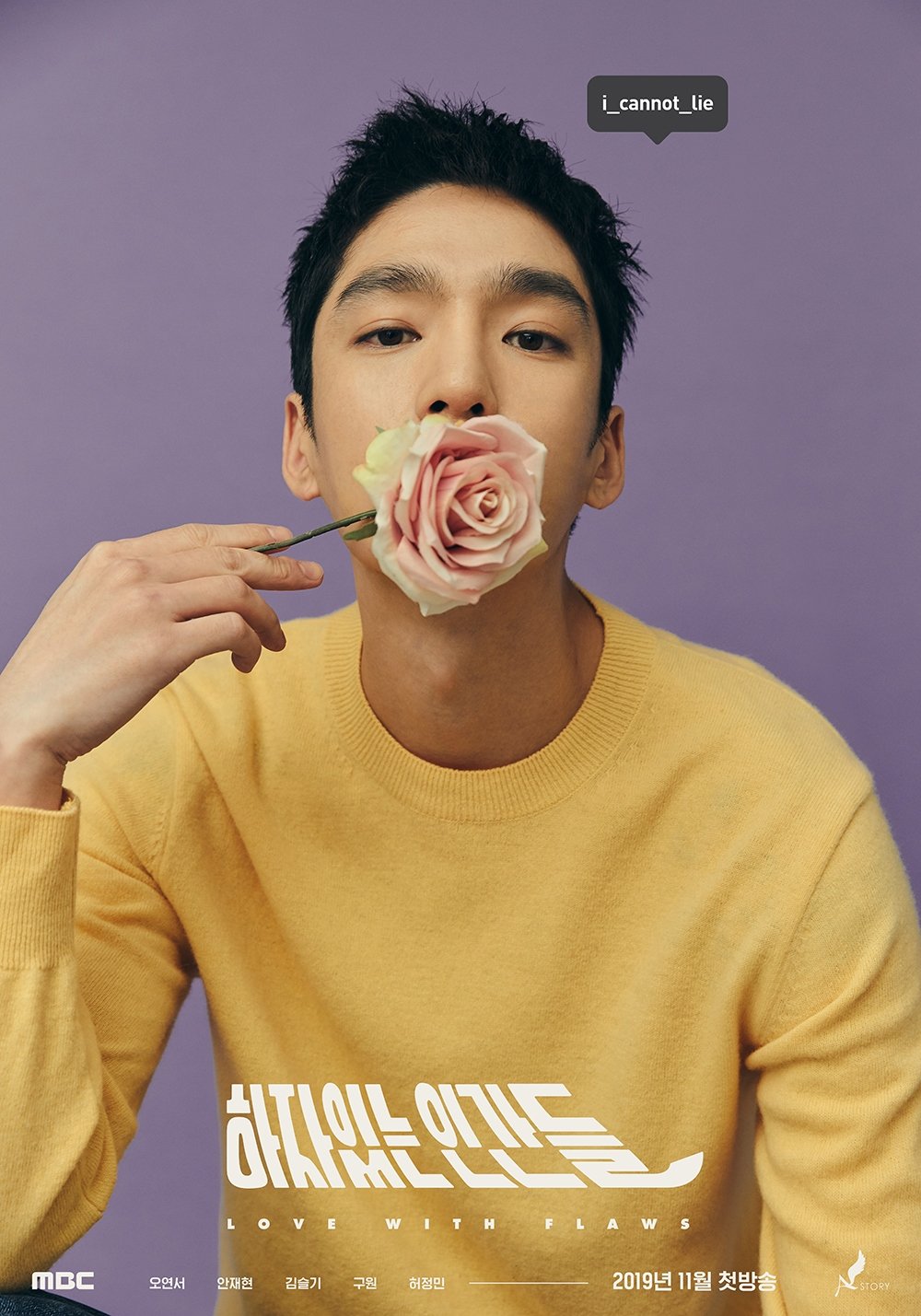 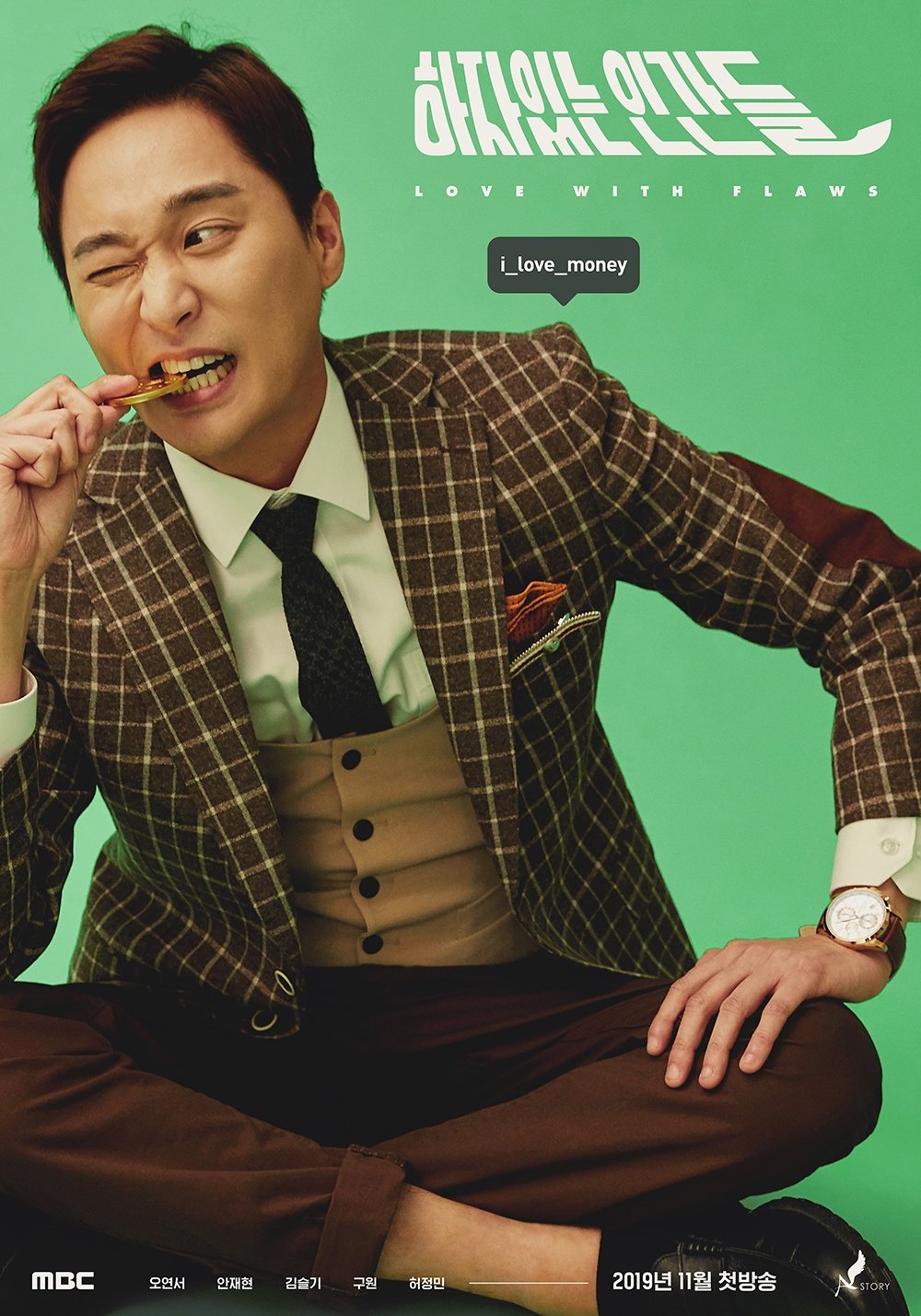