On November 13, Lee Young Ae appeared on the V Live broadcast “Actor & Chatter” (literal title) to promote her upcoming film, which is her first return to the big screen in 14 years. 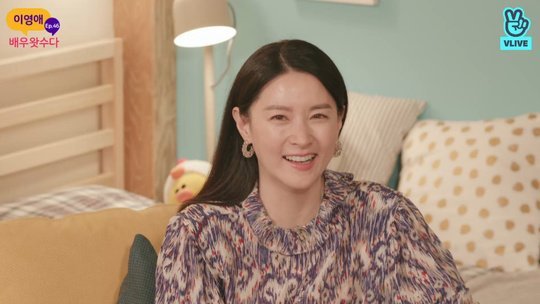 Park Kyung Rim said, “The line, ‘Do you want to eat ramyun before you go?’ from ‘One Fine Spring Day’ is still a famous line. Did you know that that line would become so famous?”

Lee Young Ae said, “I was really surprised. Many years ago, a comedy program parodied it, and I was surprised.”

She added that she’d recently run into Yoo Ji Tae at an awards ceremony and said, “I saw him for the first time in a while and he looked good. He looks exactly as he did when we first met. After I saw him, I thought that I should manage my own condition better. Ji Tae, how can someone not change like that? You looked good.”

Part of the V Live show “Actor & Chatter” involves the previous guest leaving a message for the next guest on the show. The previous guest in this case was Gong Hyo Jin, who said in her message, “What do you dance to when you’re at karaoke? And don’t say you don’t go to karaoke.” 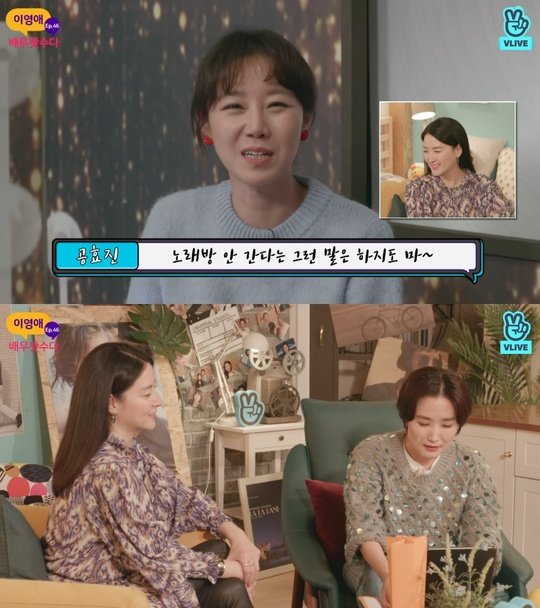 Lee Young Ae was taken aback by the question and said, “I haven’t been to karaoke recently. I have kids now, so it’s hard. I went briefly with some other parents from school many months ago.”

Park Kyung Rim asked if she’d ever acted with Gong Hyo Jin and said that a production with the two of them would be good to see. Lee Young Ae replied, “She’s an actress that everyone has a lot of affection for. She’s someone that I’d like to have as a younger sister. If we did a drama together, I think it would look very realistic.”

In another question about a junior that she’d like to work with, Lee Young Ae mentioned Gong Hyo Jin again and joked, “Isn’t she trendy now, too?”