Choi Byung Chan competed on the survival show (along with his VICTON group member Han Seung Woo) and was a popular contestant, coming in No. 16 in his final week on the program. He had to leave the show before the second last episode due to a flare up of chronic achilles tendonitis.

The first episode of VICTON’s new reality show “Loyalty Game” ended with a segment in which Choi Byung Chan and the members talked about what he’s been through this year.

When asked to name the moment when he realized his newfound popularity, Choi Byung Chan chose the time when an article about him first appeared on the main page of the news portal Naver. “Most people didn’t know who I was for a long time,” he said. “I became more well known through the program. I saw that there were more than 2,000 likes and more than 1,000 comments, so I realized that a lot of people are recognizing me now.” He added, “It made me so happy to see that!”

Choi Byung Chan was also asked if he hasn’t been having a tough time. “It’s true that it’s definitely tiring,” he replied. “But I think I’m on the second chapter of my life now. I know this popularity won’t last forever and it can’t continue, so I think it’s best if I work hard while people are interested.”

When asked why he decided to go on “Produce X 101,” Choi Byung Chan said, “To be honest, over three years I didn’t get anything. I wanted to succeed and I wanted to show people who I am. That’s why I went on the show. I’m sure that all idols feel that way. They want to be popular, and I’m the same way.” 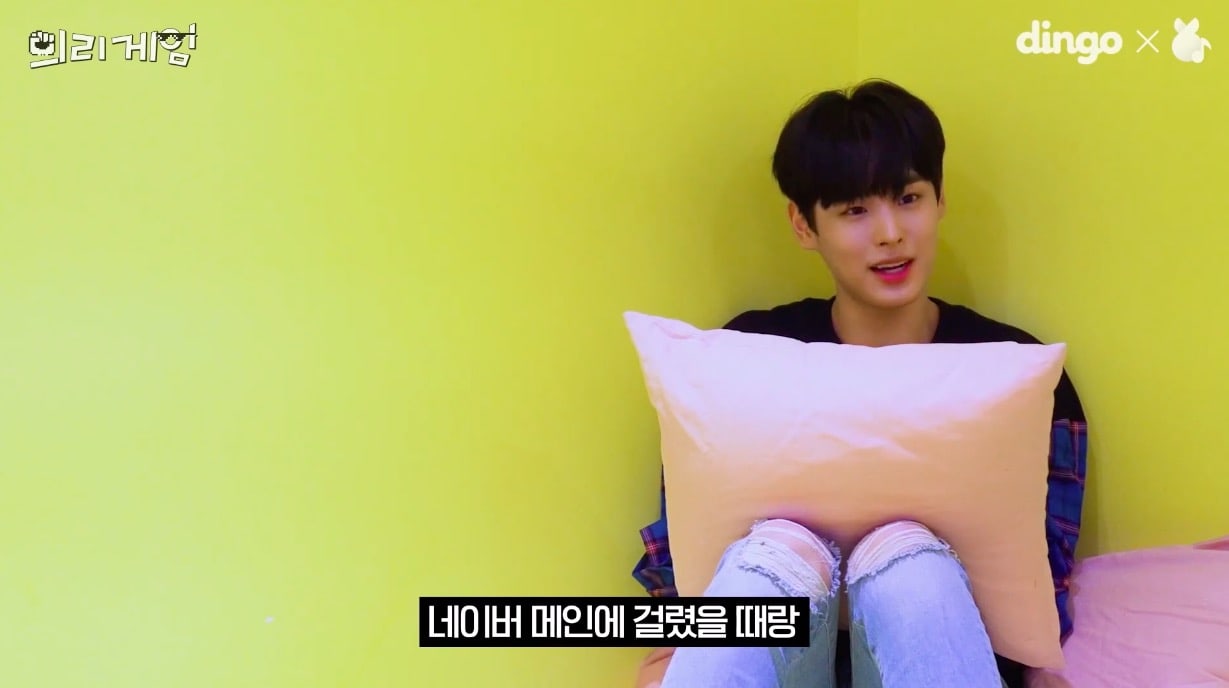 “When I left the show, it was the day of the concept evaluation team’s ‘Move’ performance on ‘M Countdown,'” he said. “I heard that a lot of fans had come. I was told that when they announced that I couldn’t perform because I’d left the show, many fans cried.”

“I thought, ‘What should I do?'” continued Choi Byung Chan. “It was so hard for me too then. I felt like I’d betrayed my fans. I thought I’d let go of something and given up. When I left, there was a really big controversy. My name didn’t leave the realtime search rankings, and it kept appearing in the popular search terms. That was so difficult for me. I couldn’t help but think that it was like I’d run away.”

Choi Byung Chan said that he’d spoken with the show’s MC Lee Dong Wook when he left. “He told me, ‘Byung Chan, you’re not running away.’ I was having such a hard time and felt uneasy. But he said that a person can’t do anything if their health isn’t good. When I heard that, I felt better.”

Choi Byung Chan also shared that Han Seung Woo had also a hard time as he was then competing alone. “He told me, ‘Byung Chan, think about it carefully. It’s almost over now. Couldn’t you hang in?’ but it was really too hard for me. So I said, ‘I’m sorry. I wanted to keep going until the end. I’m sorry to leave you alone.'”

He went on to say that he’d felt an emptiness after Han Seung Woo had debuted with X1 and he didn’t know what to do next. “But then my thoughts on it changed, and I decided that we should cheer each other on from our different places,” he said. “I think that’s when I came to my senses.” He then asked the producers to include everything he’d said as he’d wanted to talk honestly about “Produce X 101” but hadn’t had the chance to yet.

After making their first comeback in 1.5 years on November 4, VICTON’s new song “Nostalgic Night” became their first track to ever chart on Melon and all six songs from their new mini album ranked on the chart. The group went on to receive their first ever music show win on “The Show” on November 12.