On November 28, Gaon Chart announced that IU had earned a quadruple crown after topping four of its latest weekly charts. The singer took No. 1 on the physical album chart, the overall digital chart, the download chart, and the streaming chart for the week of November 17 to 23.

Congratulations to IU on her impressive achievement!

Here are the top five for each of Gaon’s weekly charts: 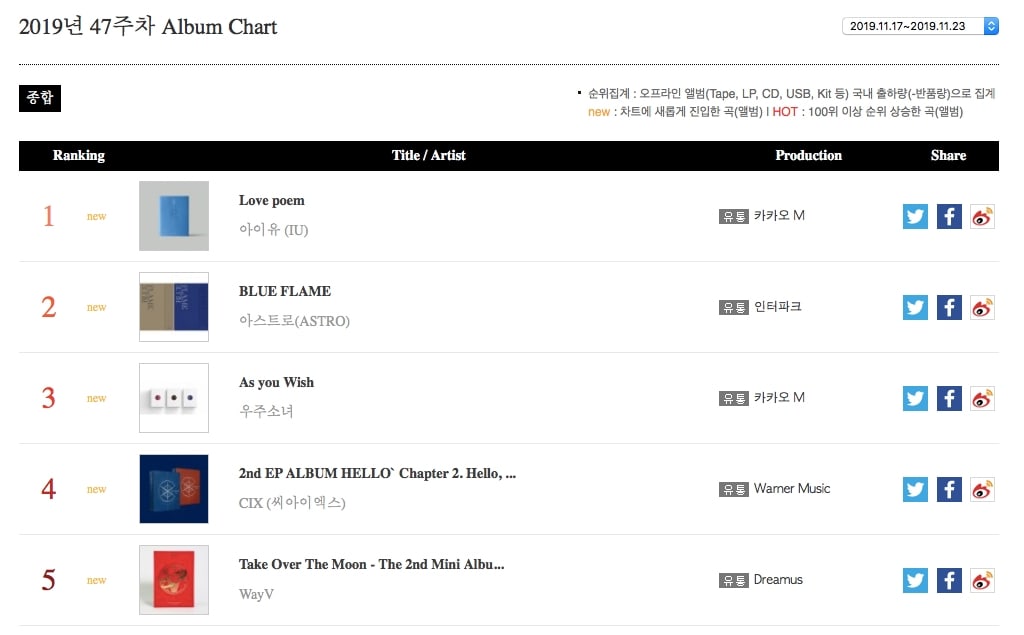 IU claimed three of the top five spots on this week’s overall digital chart—her new title track “Blueming” and her B-side “Above the Time” debuted at No. 1 and No. 5 respectively, while her hit pre-release track “Love Poem” stayed strong at No. 2. Noel’s “Late Night” came in at No. 3 for the week, followed by Vibe’s “Call Me Back” at No. 4. 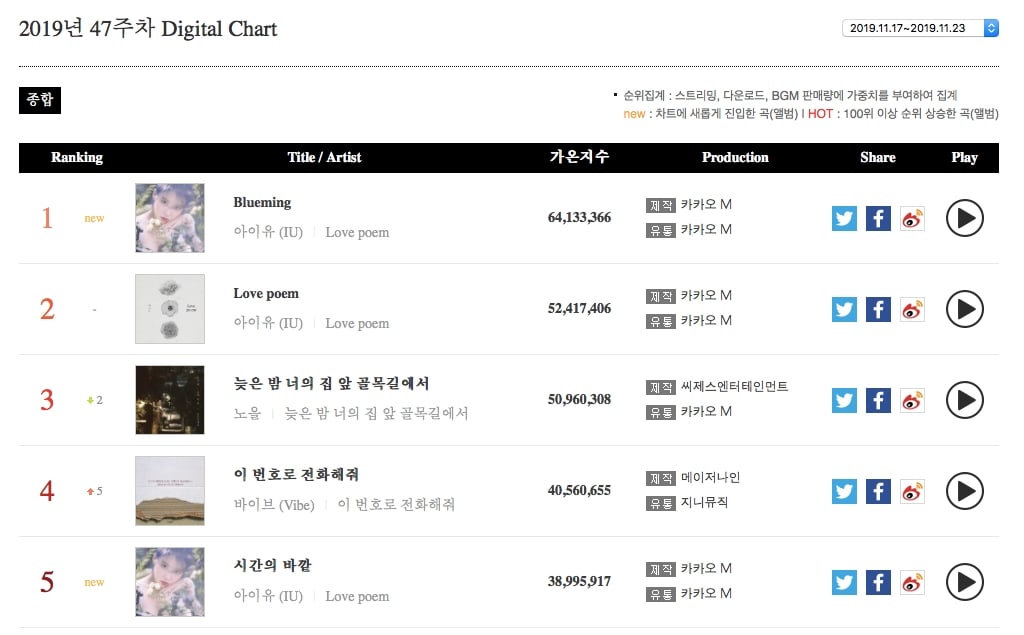 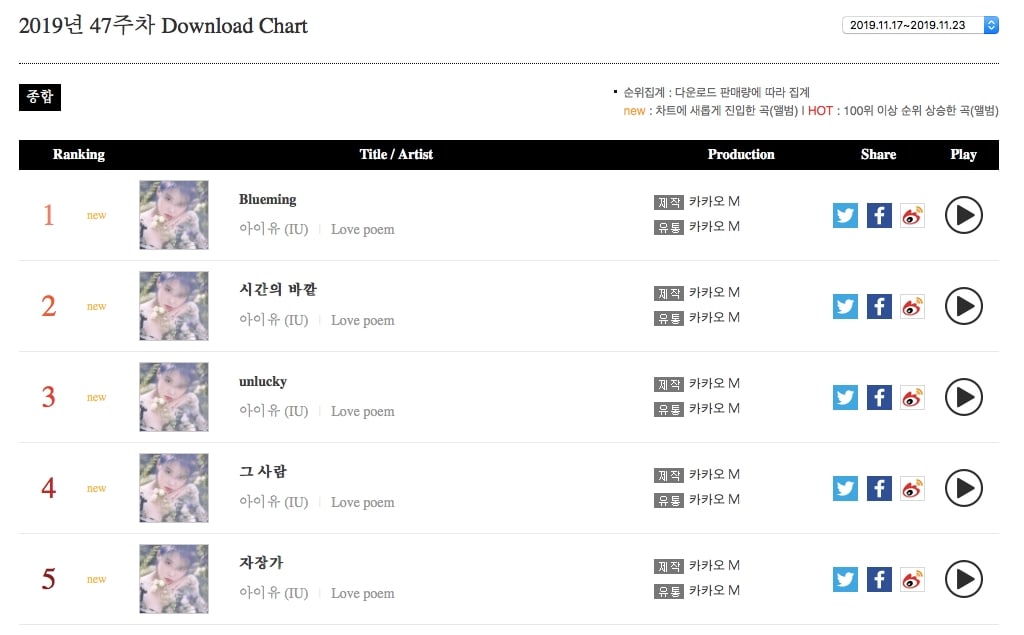 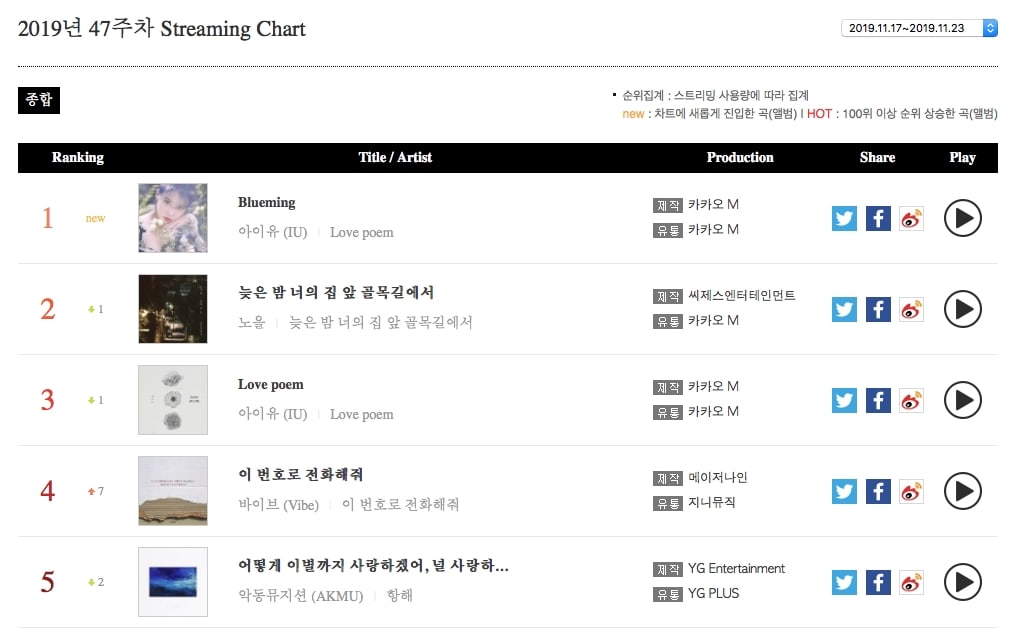 BTS continued their reign at No. 1 on Gaon’s Social Chart 2.0 for the 21st consecutive week, followed by MAMAMOO at No. 2 and GOT7 at No. 3. Finally, UP10TION’s Lee Jin Hyuk and Baek Chung Kang rounded out this week’s top five at No. 4 and No. 5 respectively. 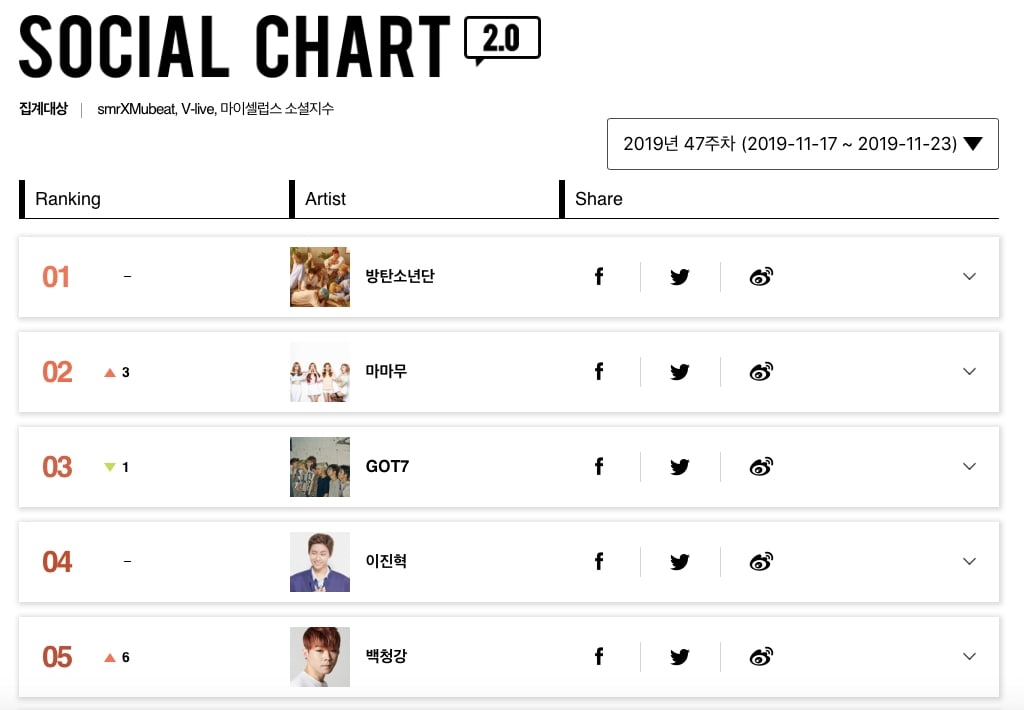