The first stills of Jin Se Yeon and Kim Min Kyu have been released for “Queen: Love and War”!

This upcoming TV Chosun historical fantasy drama is about the cutthroat competition over the selection of the new queen, who is the only person in the kingdom who can have power without being related to the royal family.

Jin Se Yeon portrays daring heroine Kang Eun Bo, who tries to find the killer behind her twin sister’s death. She was raised by a medium after losing her family at the age of nine and became a tenacious person who learned how to survive in this world by gathering and trading information from the streets. She sets out with the lofty goal of becoming a queen in order to learn the truth of her sister’s death.

In the stills, Kang Eun Bo covers her face with a white cloth and uses the light from a candle to investigate her surroundings. She looks cautious as she looks around this unfamiliar place and sits down for a closer look. 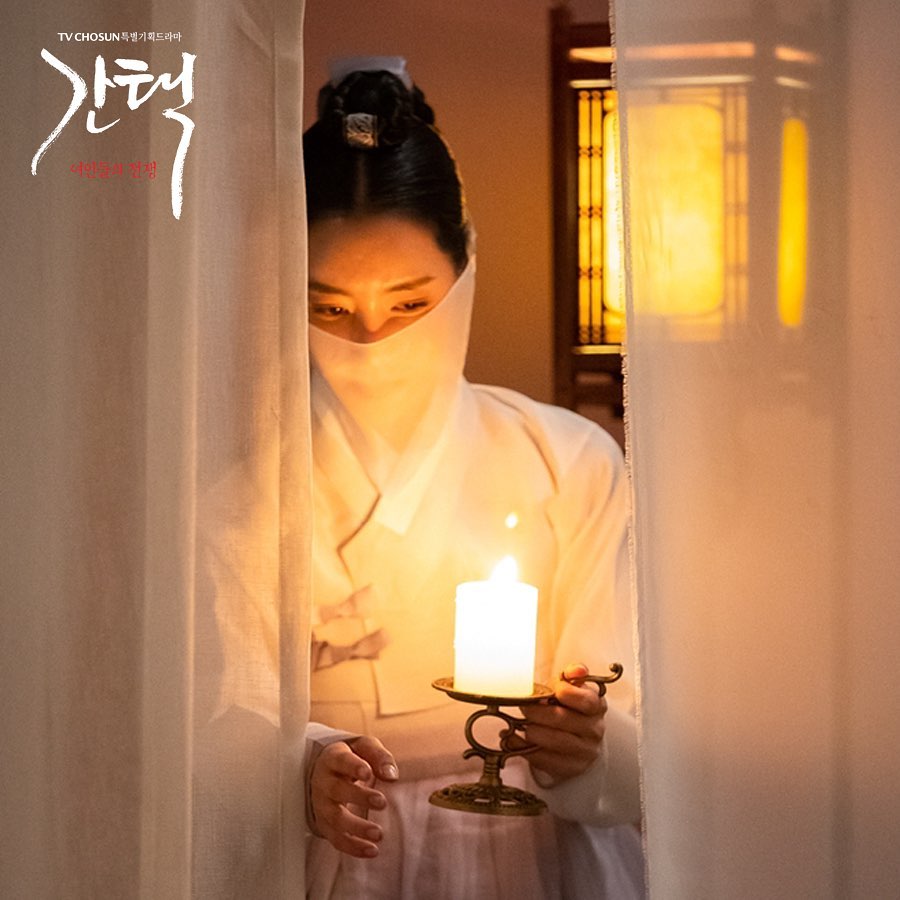 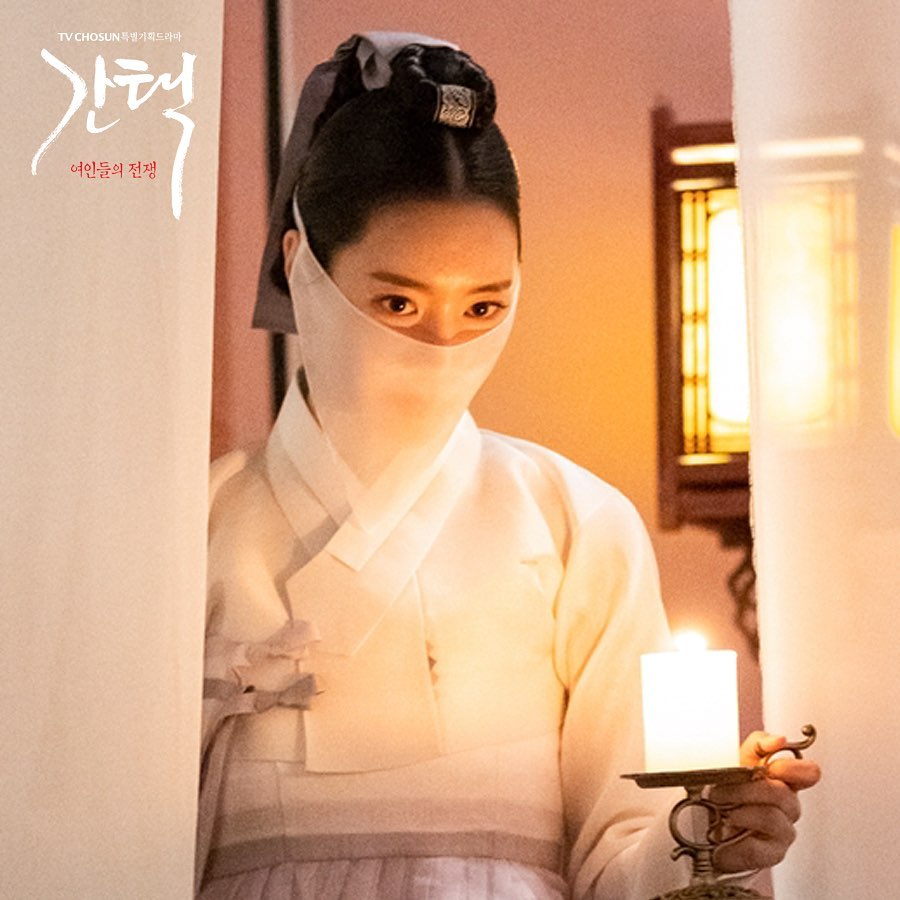 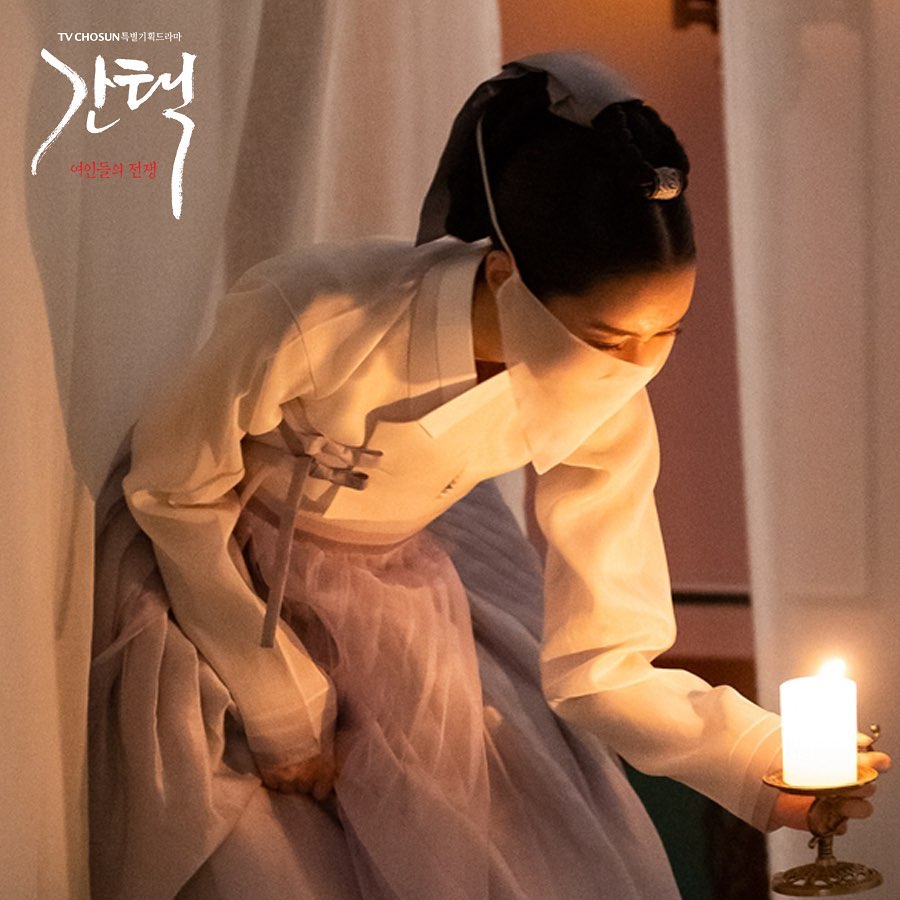 Jin Se Yeon showed off her acting skills with small gestures and expressions despite having half of her face covered. The actress said, “I’m working hard with determination to show hot passionje that can make me forget about the cold. I reunited with director Kim Jung Min from ‘Grand Prince’ and think that we’ll be able to create a better synergy than ever before. I’m having fun filming. Please look forward to ‘Queen: Love and War.'”

A source from the drama added, “Jin Se Yeon is an actress who energetically leads not only the drama but also the atmosphere on set. She plans to perfectly pull off her special role, so please look forward to it.”

Kim Min Kyu will portray a unique king named Lee Kyung who is the only one in the line of descent and rules over the Joseon Dynasty. Although he was born as the crown prince, he has felt the power of other forces and realized that he needs to stand strong in order to carry out the right kind of politics. After dealing with hardship, he has precognitive dreams and he only has his eyes on one person in those dreams.

Kim Min Kyu transformed into an ambitious, dignified king on the first day of filming. Dressed in bright-colored hanbok (Korean traditional clothing), he smiles brightly in the stills while sitting in a gold carriage. He keeps looking behind him before breaking out into a big smile. 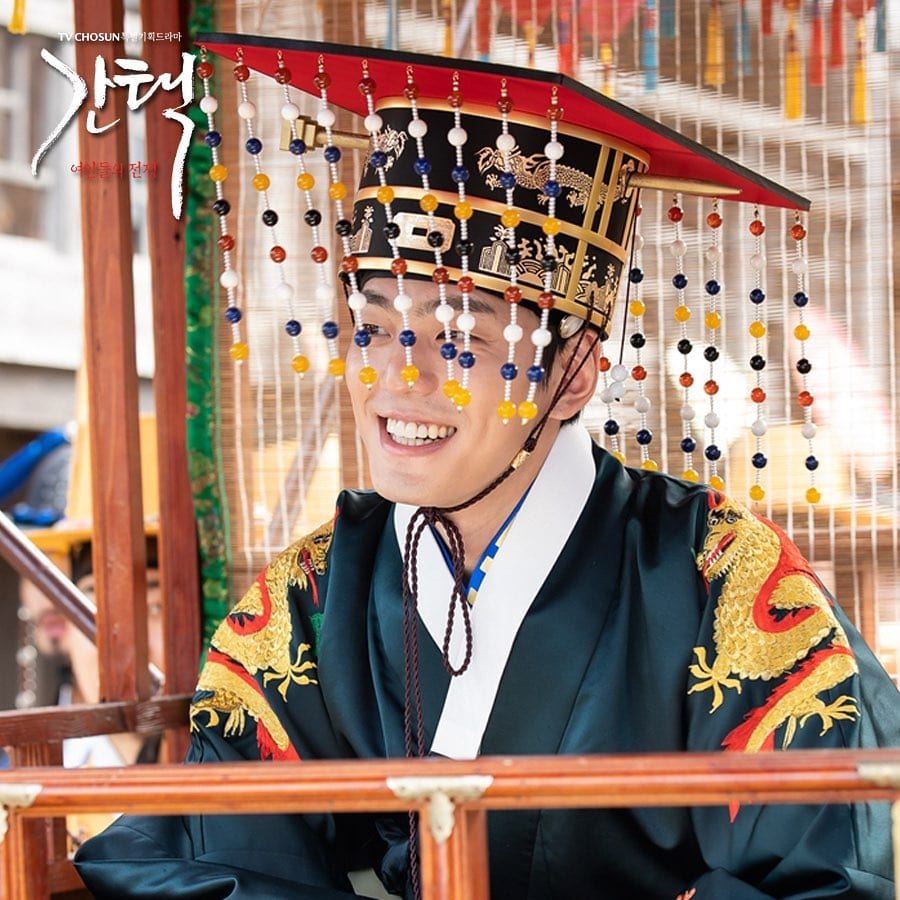 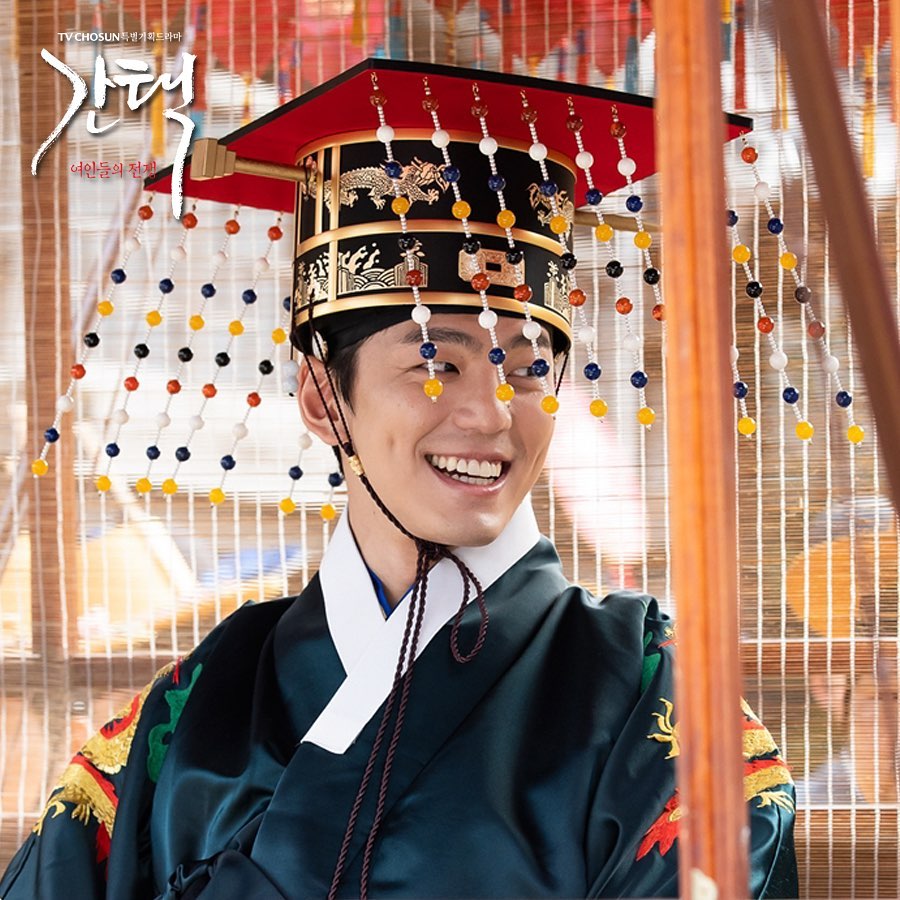 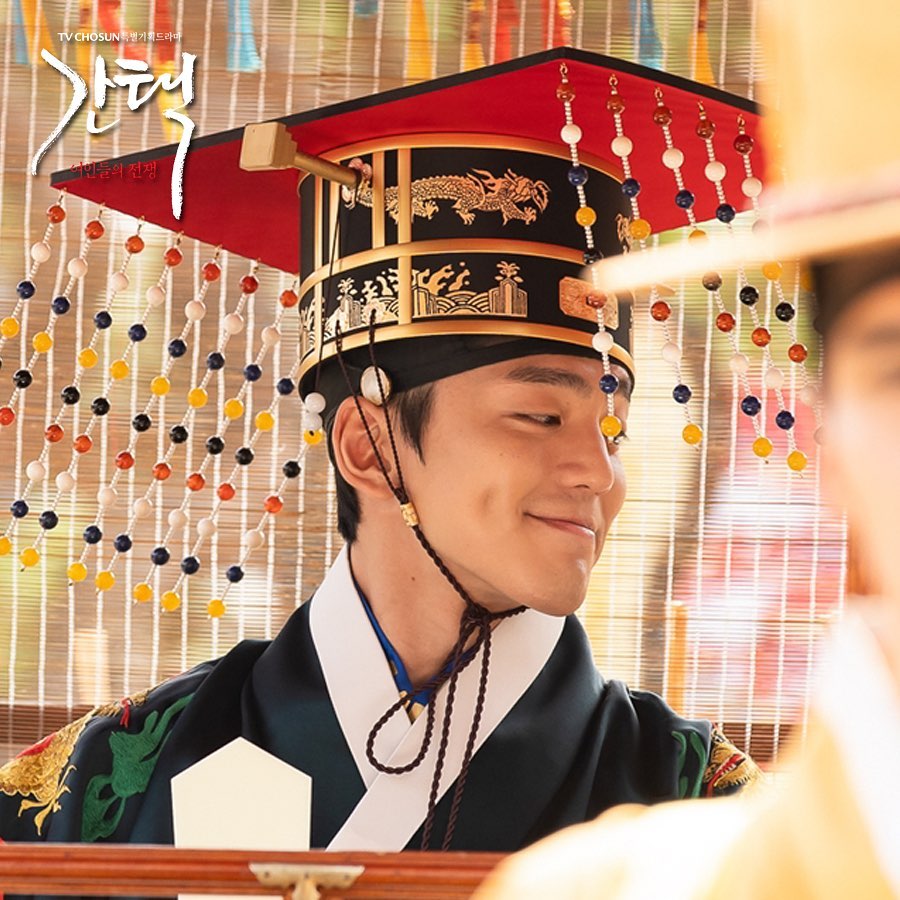 The actor said, “I’m really happy I could be in a good project. I’m excited that I was given the opportunity to act with good senior actors and colleagues. I’m grateful and nervous. I’ll work hard at this great opportunity.”

A source from the drama added, “There is never-ending praise for Kim Min Kyu’s efforts. He’s always studying and practicing the script whenever and wherever on set. Please look forward to actor Kim Min Kyu’s special transformation into King Lee Kyung who goes through great turmoil and growth.”

“Queen: Love and War” premieres on December 15, and will be available on Viki! Check out the teaser here!