“Love with Flaws” is a romantic comedy about a woman who despises pretty boys and a narcissistic man who is obsessed with looks. After overcoming their respective prejudices and various misunderstandings, the unlikely couple eventually finds true love.

Previously, Lee Kang Woo (Ahn Jae Hyun) started his new post as Shinhwa High School’s director with the single intention of taking revenge on Joo Seo Yeon (Oh Yeon Seo). Ever since the beginning, they showed a quarrelsome chemistry. The new turn of events will pave the way for their unexpected romance.

In particular, viewers can’t wait to see the how Joo Seo Yeon, who showed a threatening attitude towards Lee Kang Woo before, is avoiding him intentionally now. On the other hand, viewers are excited for the emergence of a love triangle as Lee Min Hyuk holds bread between the wall and her head so that she does not get hurt. 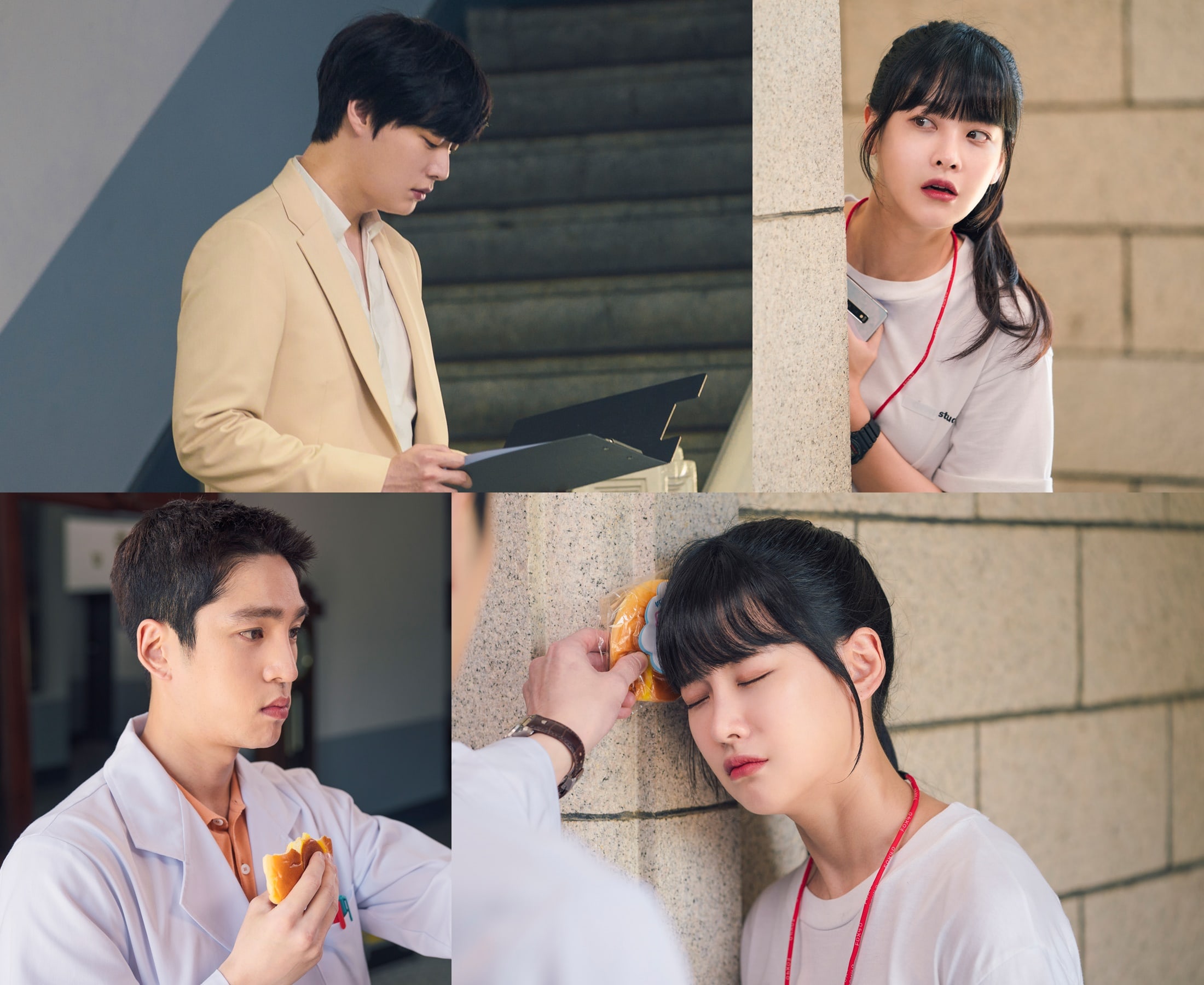 “Love with Flaws” airs every Wednesday and Thursday at 9:00 p.m. KST.

Start watching the drama on Viki!