When the American president met with South Korean President Moon Jae In on the final day of the G20 Summit in June, EXO was invited to welcome him. The group gave him and his daughter Ivanka Trump signed copies of their album “Love Shot.”

The “Radio Star” hosts asked EXO about being invited to meet the U.S. president. Suho explained that Ivanka Trump’s daughter is a fan of EXO. Kim Gura asked what member she’s a fan of, and Suho replied, “She just likes EXO.” Kim Gura joked that she’s smart to say so.

Sehun was then asked to explain why he’d said he was very nervous to meet the U.S. president.

“At the time, my little finger was fractured,” he said. “I wore a guard on it. I needed to shake his hand.” Kim Gura recalled how the president is known for giving a firm handshake, and Sehun said his members had told him that. “From that point on, I worried about what I could do and I was in a cold sweat,” he said, explaining that he wondered if he should say something or just endure it. 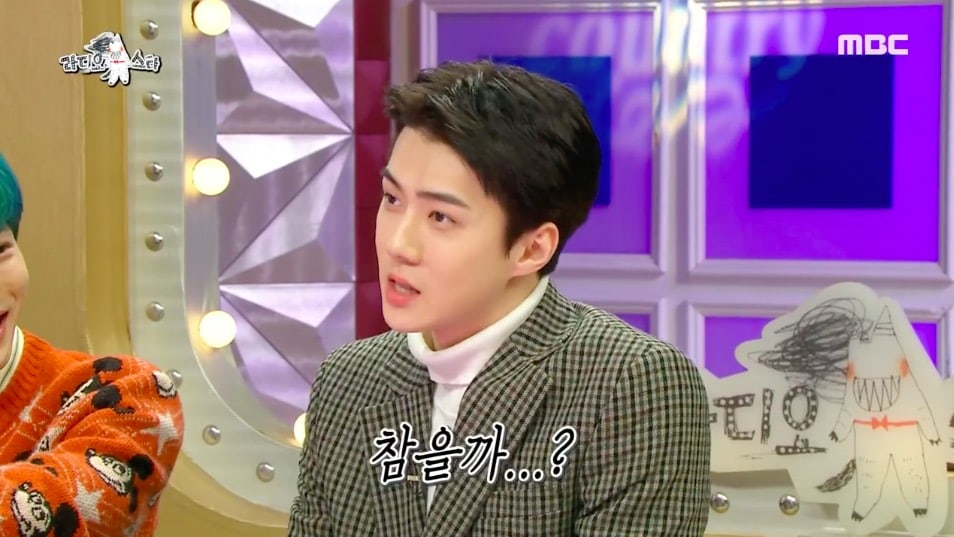 Sehun explained that he’d then prepared to say to him in English, “My finger is broken.”

Although he wasn’t able to say it to him because things were very chaotic at the meeting, he explained that he’d ended up being able to slide his hand in and position his little finger in the handshake so that it didn’t touch, and therefore he wasn’t hurt. 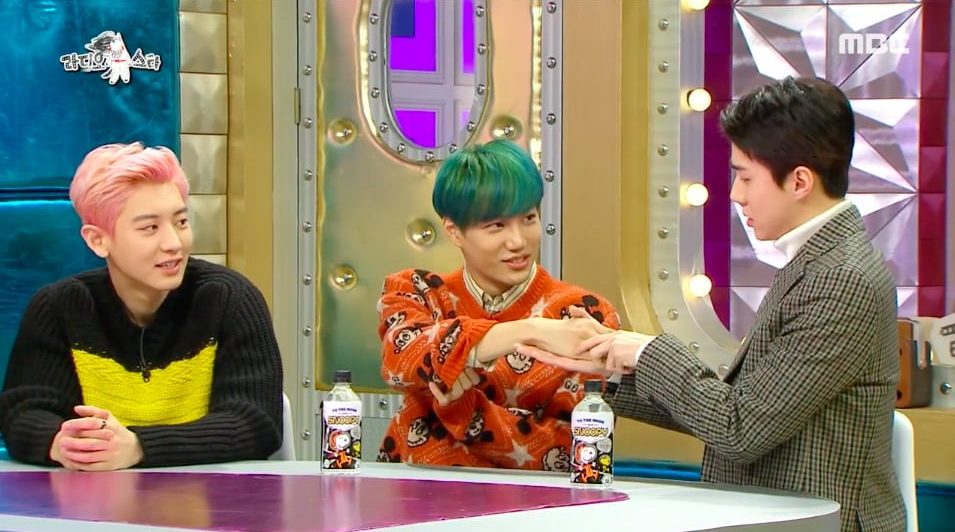 In the episode, EXO also talked about their stage names, relationship with SM founder Lee Soo Man, and more.

EXO
Radio Star
Sehun
How does this article make you feel?