Yoo Jae Suk will be saying goodbye to 2019 and his first album promotions with a concert!

On December 7, MBC’s “How Do You Play?” announced a concert for Yoo Jae Suk’s trot singer persona Yoo San Seul.

They said, “We invite you to Yoo San Seul’s goodbye concert for his first album with performances from Yoo San Seul and a guest singer.”

According to the announcement, Yoo San Seul’s concert will be on December 22 at 7 p.m. KST at the Ilsan MBC Dream Center. Viewers can enter for a chance to win tickets from December 7 to December 15, and winners will be notified on December 16 and receive two tickets each. 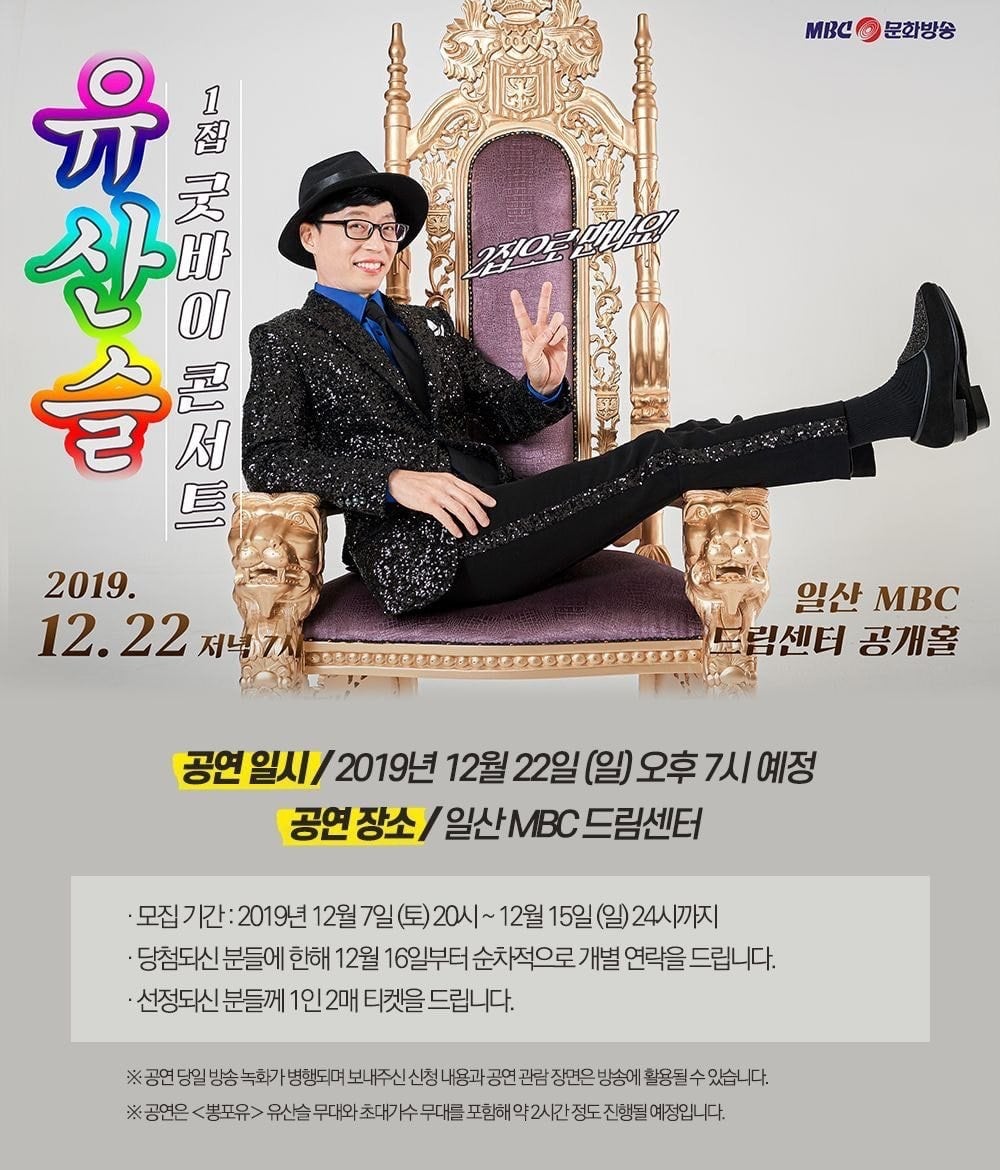 Yoo Jae Suk chronicled his debut as a trot singer on the variety show where he received advice from trot singers, songwriters, and lyricists. He also participated in a photo shoot, performed on stage for the first time, and held a busking event.