tvN’s “Crash Landing on You” released new stills of Hyun Bin and Son Ye Jin ahead of its premiere date!

This upcoming romantic comedy tells the story of wealthy South Korean heiress Yoon Se Ri (played by Son Ye Jin), who lands in North Korea after a paragliding accident, and North Korean officer Ri Jung Hyuk (played by Hyun Bin), who falls in love with her while hiding and protecting her.

In the first episode, Yoon Se Ri and Ri Jung Hyuk will have their dramatic first encounter. The unveiled stills show Ri Jung Hyuk staring in bewilderment at a dirt-covered Yoon Se Ri whose hair is a tangled mess. After realizing she is in North Korea, she attempts to escape, and tension increases as he goes after her.

The unexpected landing heralded the start of a strange relationship between the two, raising hopes for an unpredictable romance ahead. 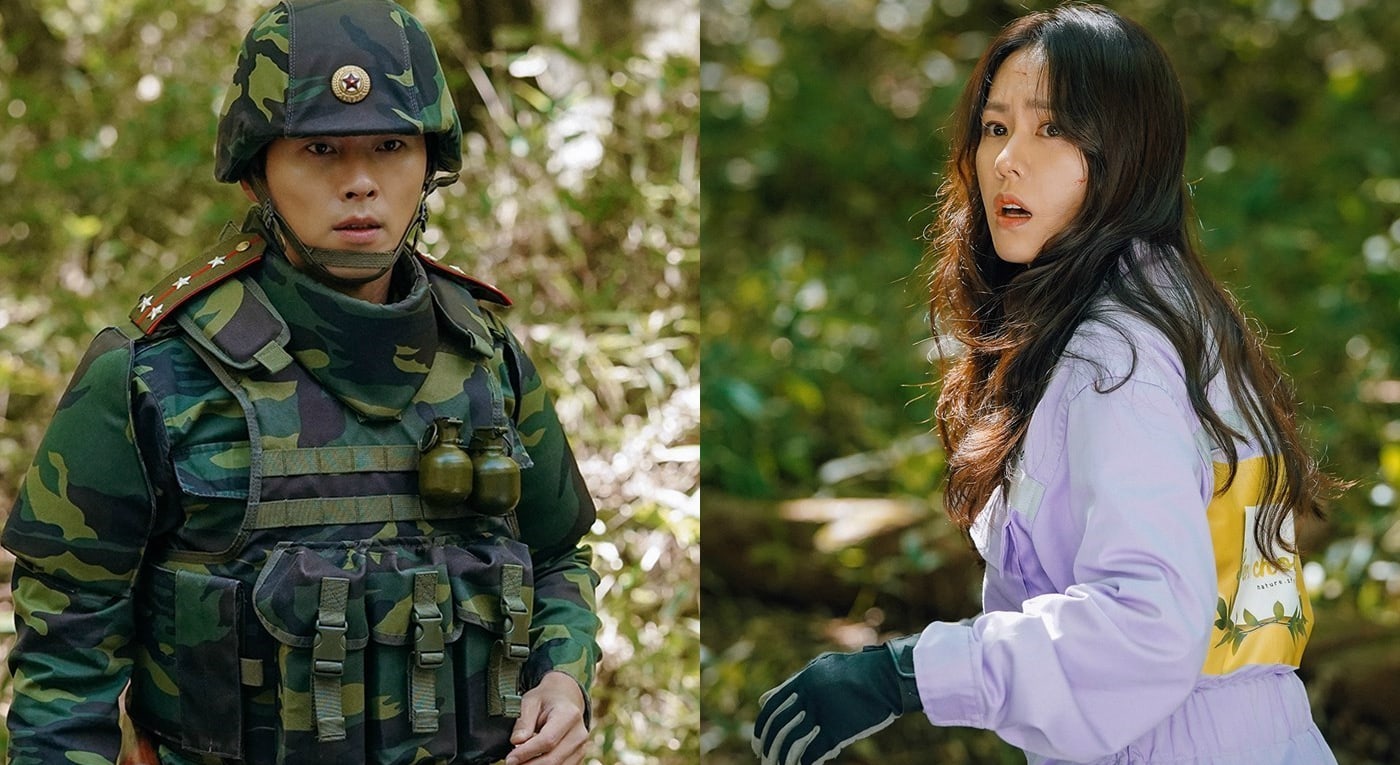 “Crash Landing on You” premieres on December 14 at 9 p.m. KST. Check out the preview here!