“Crash Landing On You” Reveals Relationship Chart Between Main Characters

tvN’s upcoming Saturday-Sunday drama, “Crash Landing on You,” has released the relationship chart of its four principal characters.

“Crash Landing on You” tells the story of a chaebol heiress named Yoo Se Ri (Son Ye Jin) who crash lands in North Korea after a paragliding accident. She is discovered by an North Korean officer named Ri Jung Hyuk (Hyun Bin), who hides her and ends up falling in love with her.

Ri Jung Hyuk is described as a man of justice and principle, who is strict with his troops but also fiercely protective of them. Yoon Se Ri is a third-generation chaebol heiress and a celebrity in her own right who is trying to launch her own business when she crash lands in North Korea.

Rounding out the main cast are Seo Ji Hye and Kim Jung Hyun. Seo Ji Hye plays Seo Dan, Ri Jung Hyuk’s fiancée, who is described as beautiful and talented and a perfect woman in every way. Their marriage was arranged by their parents. Kim Jung Hyun plays Goo Seung Joon, a young and rich businessman who will stop at nothing in his pursuit for money. He heads to North Korea for an unknown reason and has a past scandal with Yoon Se Ri. 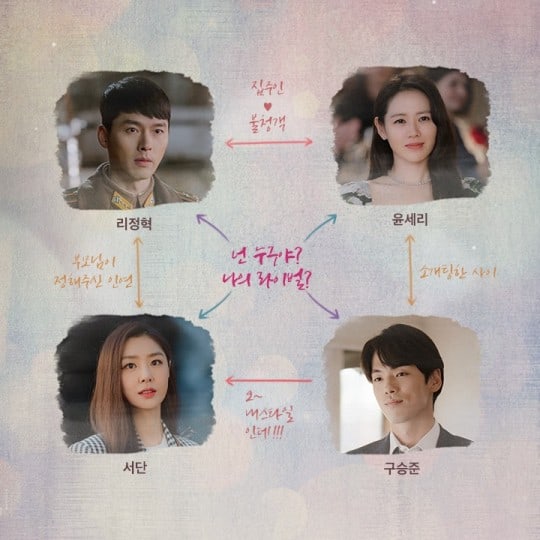 “Crash Landing on You” premieres on December 14 at 9 p.m. KST. Check out a teaser here!