Sunmi has revealed an entertaining exchange that she shared with JYP Entertainment founder Park Jin Young!

On December 14, Sunmi shared on her Instagram story that while she was watching Park Jin Young’s performance on this week’s episode of “Music Bank,” he suddenly reminded her of a certain fictional character.

After noticing what she considered an uncanny resemblance between the singer-producer and Thanos from the “Avengers” film series, Sunmi apparently decided to share her newfound realization with Park Jin Young himself.

Posting a screenshot from Park Jin Young’s performance of his new song “Fever,” she wrote, “Because it somehow seemed like he resembled someone in particular… So I sent him a photo of Thanos…” 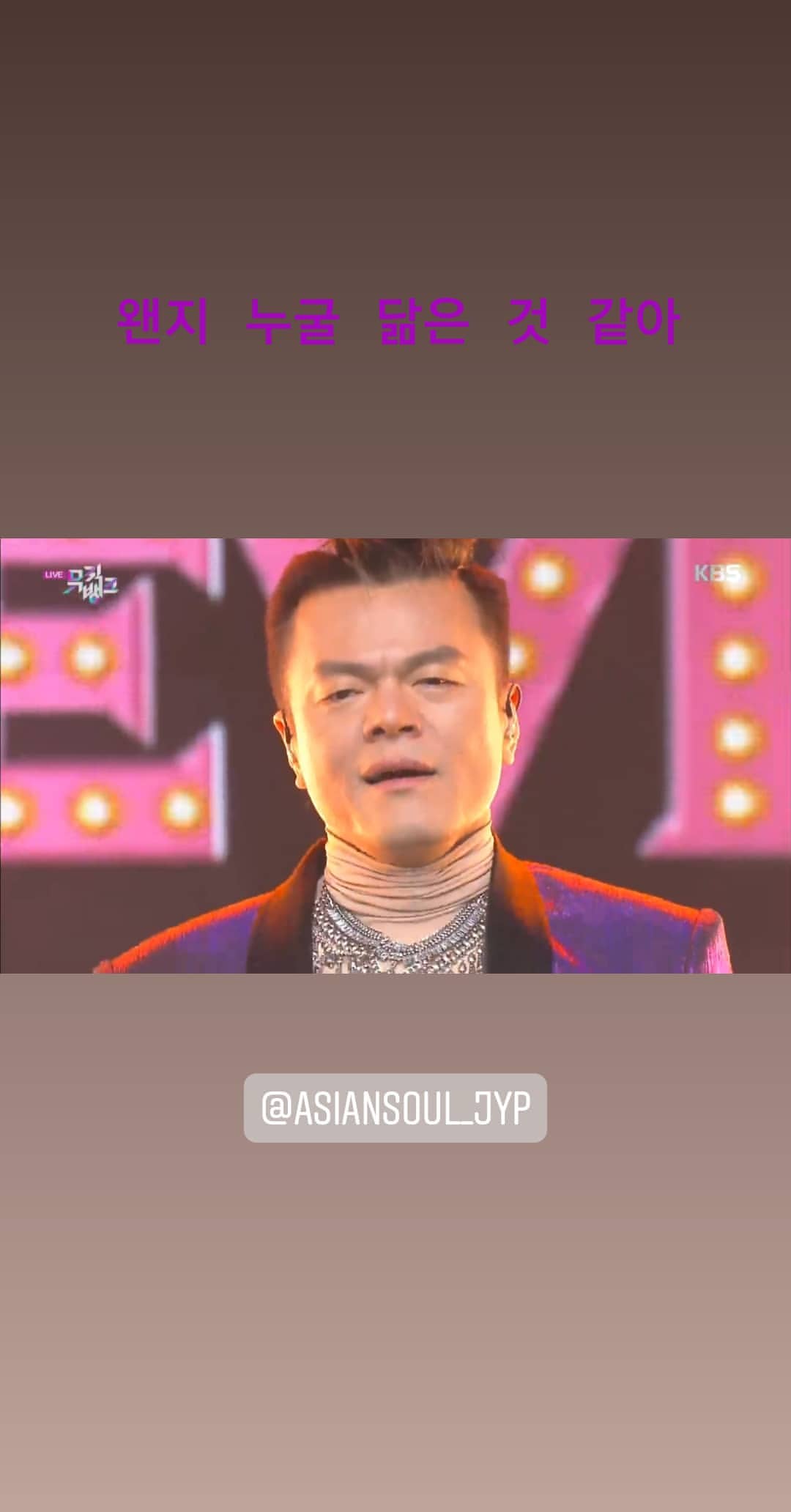 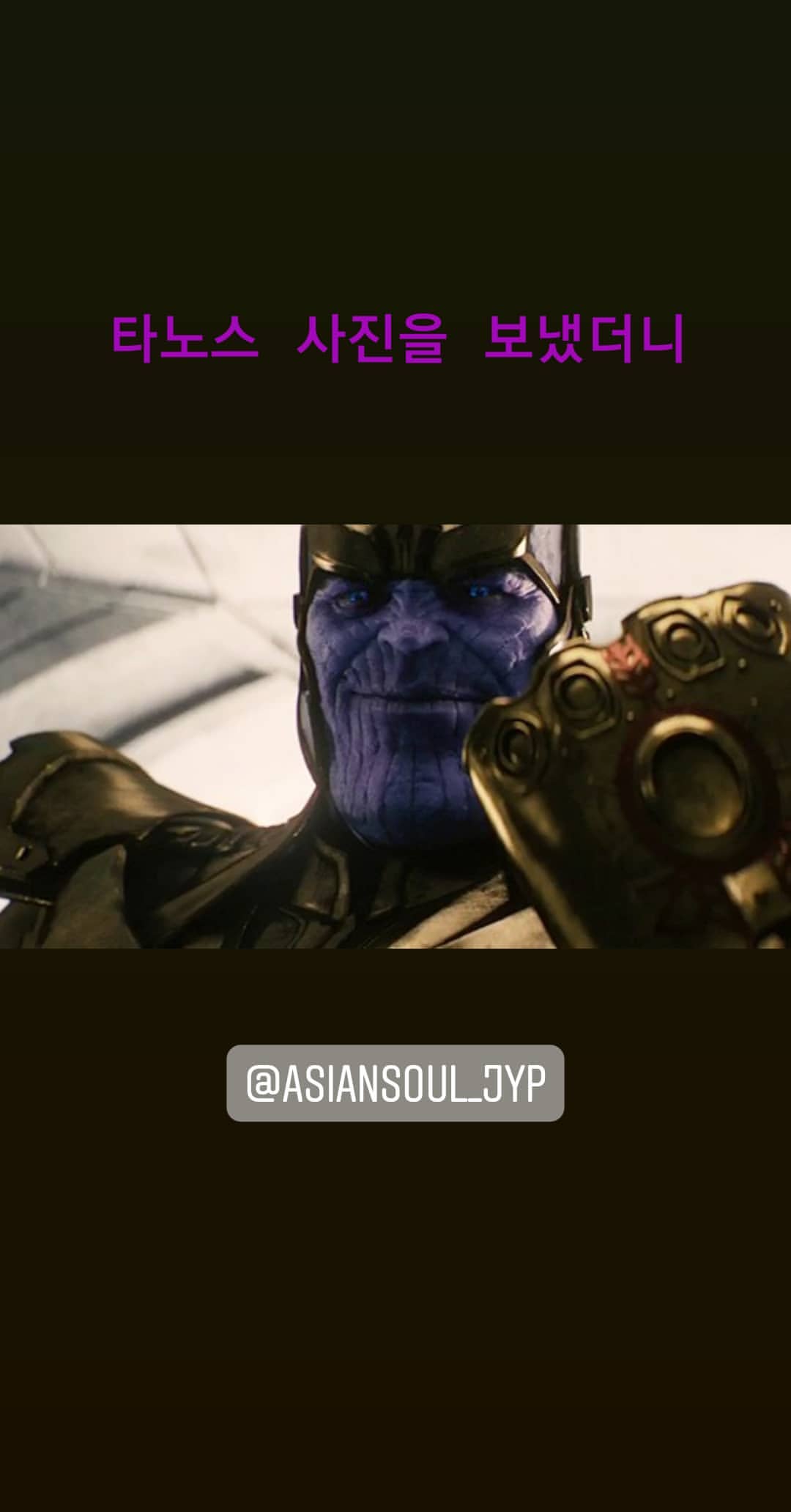 Sunmi went on, “And then he personally sent me this picture.” She then added two more photos of Thanos for good measure. 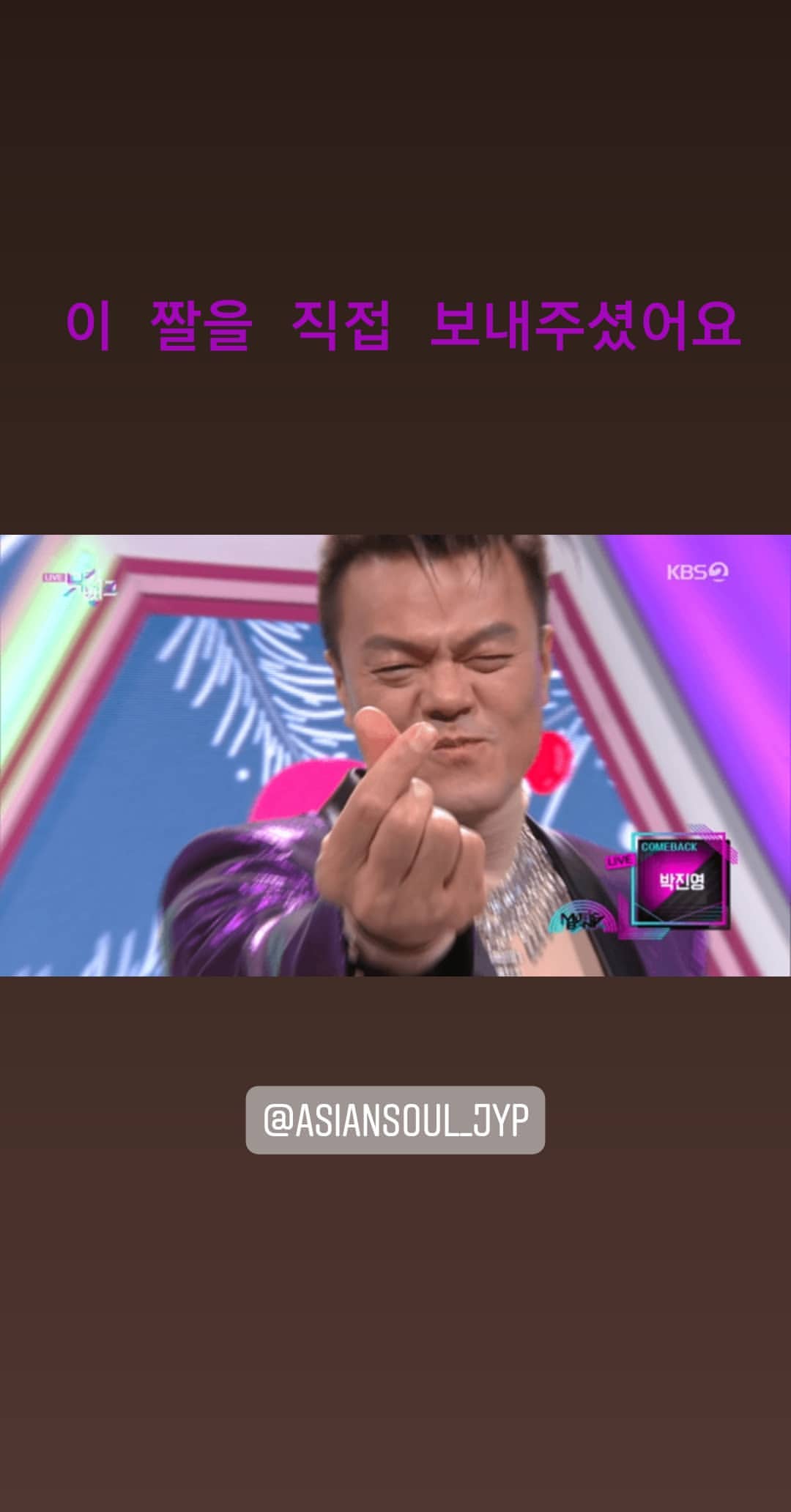 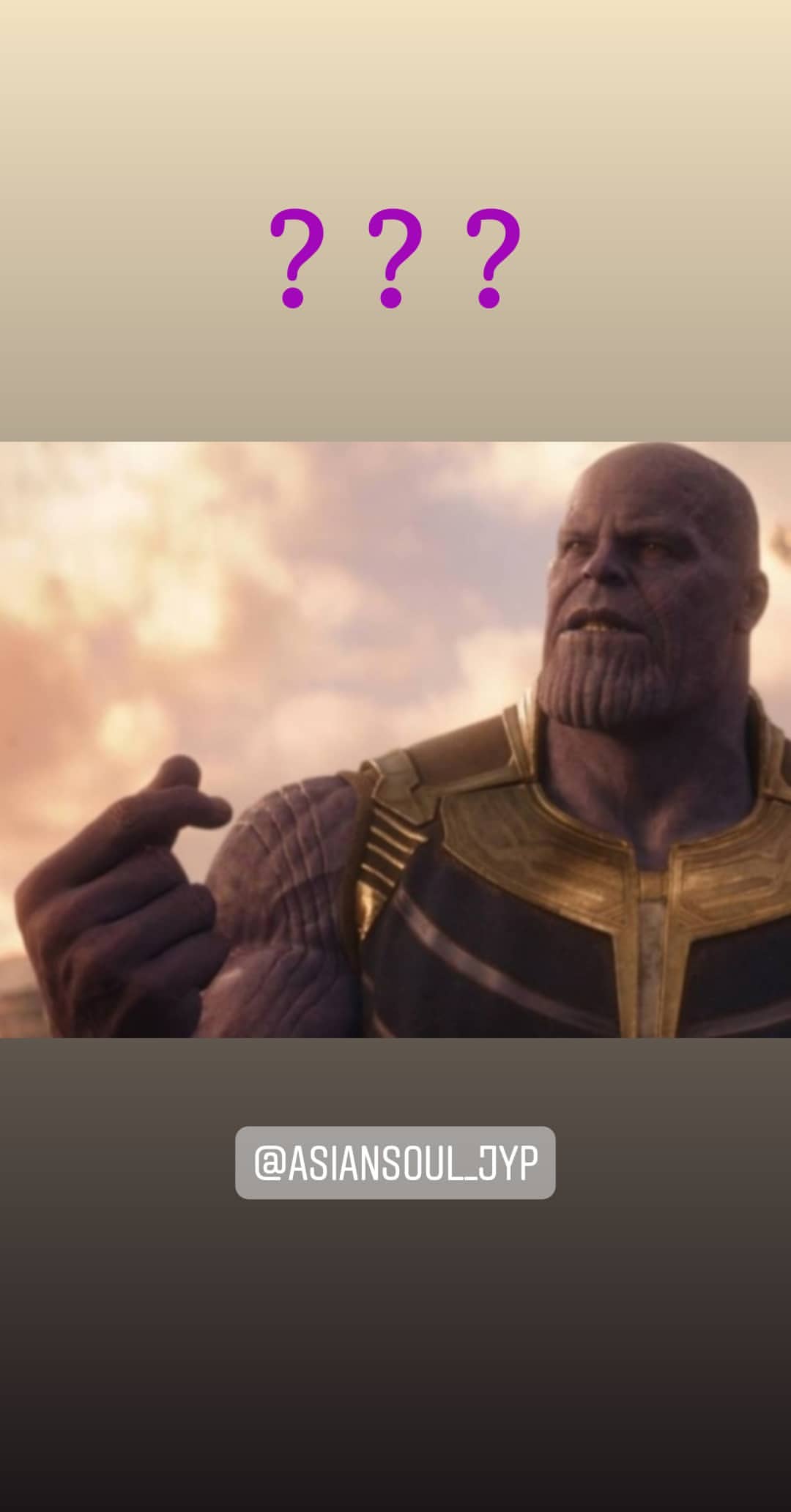 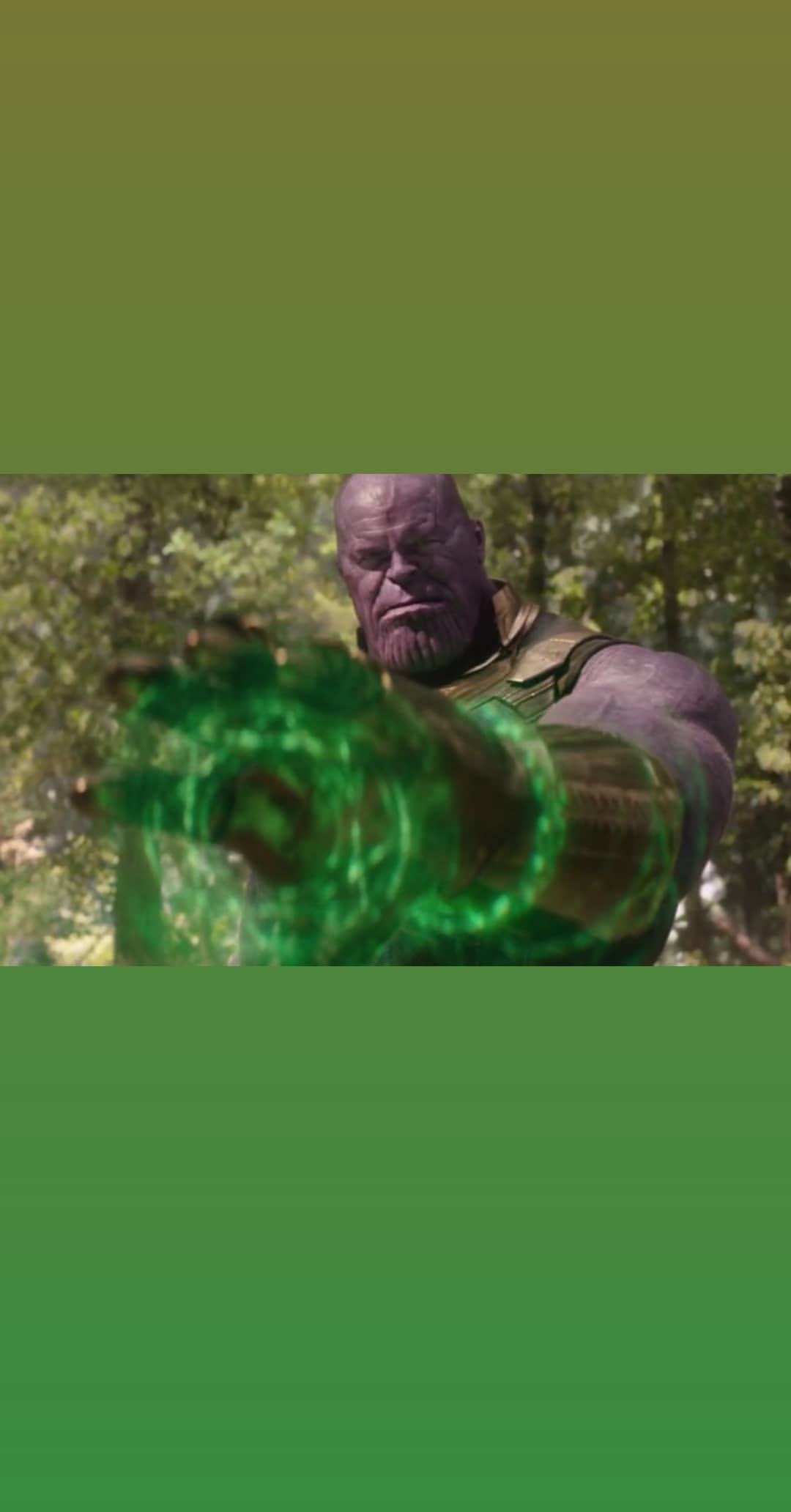 Earlier this month, Sunmi and Park Jin Young shared a playful exchange in which Sunmi teasingly shared that she had lost quite a few Instagram followers after posting a photo from Park Jin Young’s new music video. A few hours later, Park Jin Young jokingly apologized on his own Instagram account.

Do you agree with Sunmi about Park Jin Young’s resemblance to Thanos? Share your thoughts below!