On December 17, Good Data Corporation shared the weekly rankings of the most popular dramas and cast members who have generated the most buzz over the past week. The company analyzed news articles, blog posts and online communities, videos, and social media from December 9 to 15 for 21 dramas that are currently airing or are set to air.

Although SBS’s “VIP” fell two steps since last week, the drama still managed to secure third place on the list for buzzworthy dramas. The actors of the drama also continued to rank high on the list of cast members with Jang Nara, Pyo Ye Jin, and Lee Sang Yoon coming in third, fourth, and sixth place respectively. JTBC’s “Chocolate” also saw a drop in the level of buzz accumulated, but it still ranked No. 4 among dramas with Ha Ji Won ranking No. 7 among cast members. 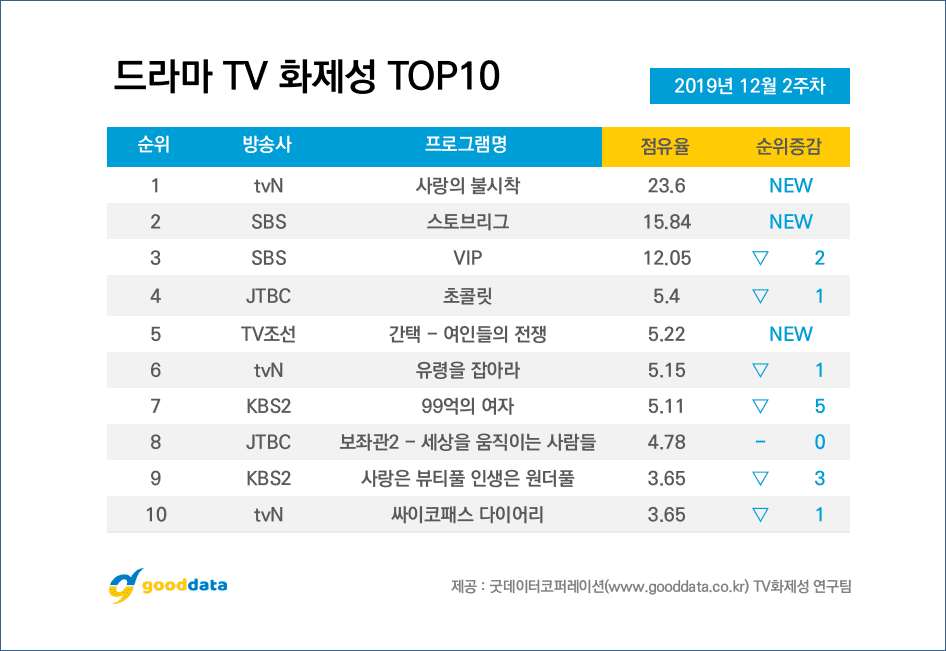 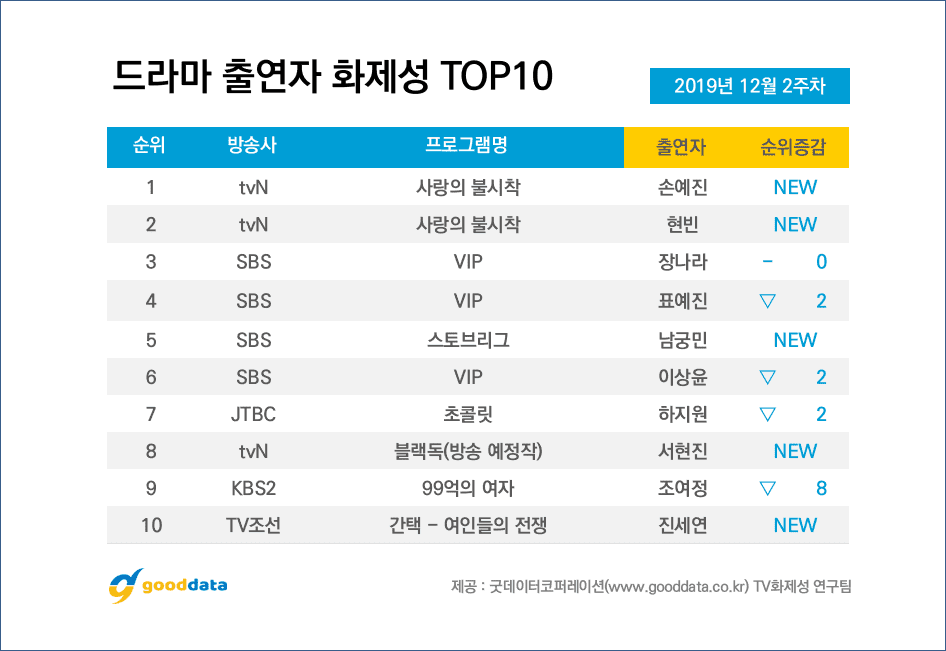