“Love with Flaws” has released behind-the-scenes stills of the main cast!

The MBC drama is currently heating up the hearts of viewers with every fun episode, and it has recently unveiled photos of the actors hard at work.

The stills show Oh Yeon Seo, Ahn Jae Hyun, Kim Seul Gi, Goo Won, and Heo Jung Min analyzing the script whenever they have the chance. They are doing their best to entertain viewers by portraying perfect chemistry. 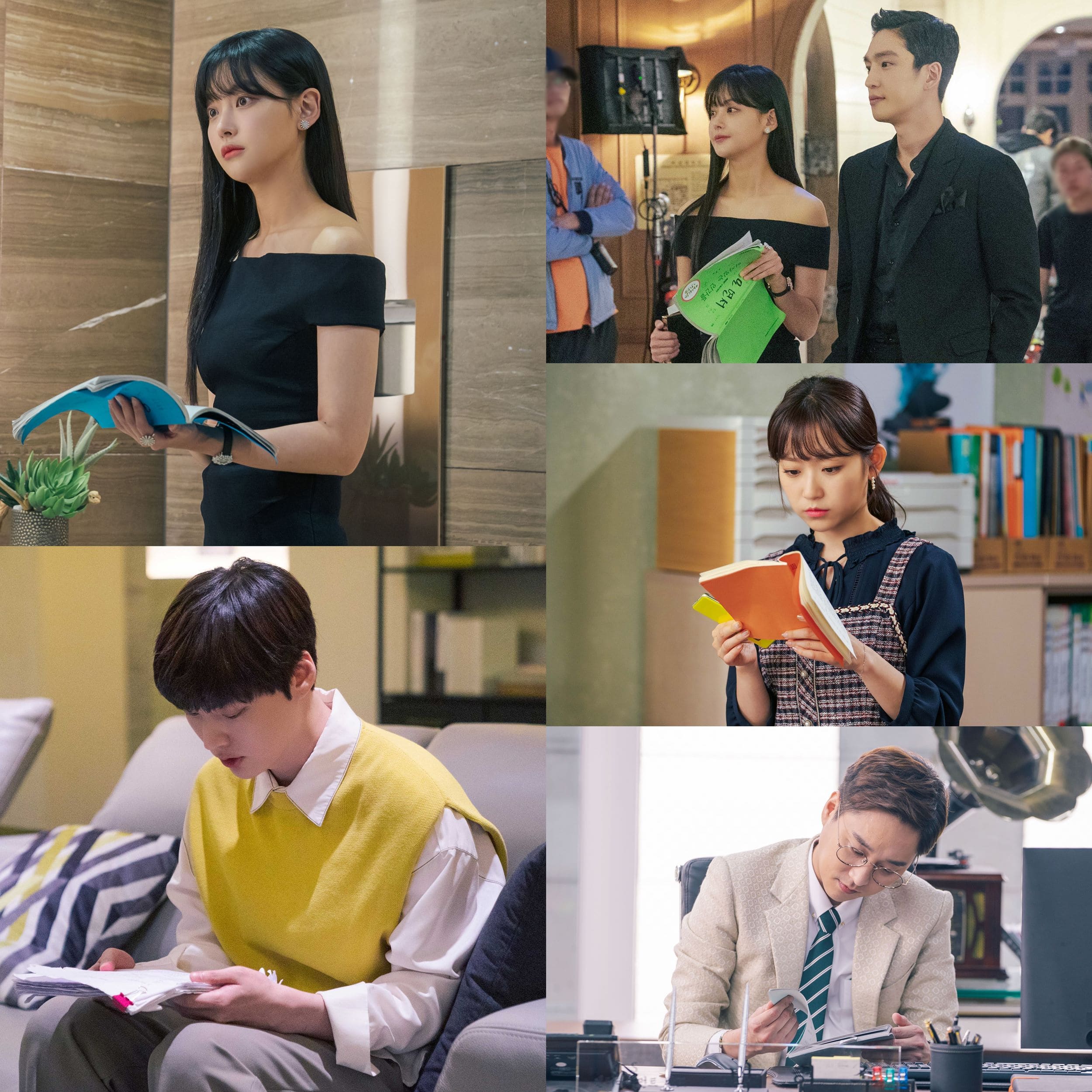 The production crew praised, “The actors are shooting with great enthusiasm. They became closer with every filming, and they monitor each other’s acting and share advice. They are showing great affection for the drama and characters, so please look forward to [the drama] until the end.”

“Love with Flaws” centers around Joo Seo Yeon (Oh Yeon Seo), a woman who despises pretty boys, and Lee Kang Woo (Ahn Jae Hyun), a vain man, as they work to overcome their differences and find love. It airs every Wednesday and Thursday at 8:55 p.m. KST.