On December 29, the singer held the second day of his year-end concert “2019 XIA Ballad & Musical Concert with Orchestra Vol. 6” at the Coex Convention and Exhibition Center in Seoul.

After performing his musical stages, Kim Junsu switched to ballads and sang “When It’s Snow.” This is the singer’s latest track, which was released on November 19 as a surprise present for fans. Kim Junsu participated in writing the song and the lyrics that express the emotions of missing someone on a snowy day. 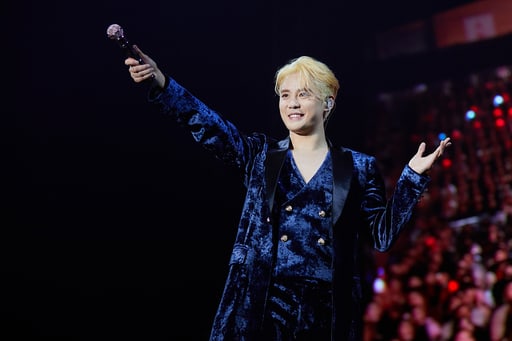 “This is an event in which I’m supposed to give joy to all of you, but I feel as if I’m receiving a gift from all of you, so I feel grateful,” he said. “This is my most recently released song. I wrote the song and lyrics hoping that it would be a gift to all of you. There’s a story behind this song.”

After jokingly saying, “It’s now been a year since I’ve been discharged from the military, so I feel like I might be criticized if I talk about the military,” he continued, “A year after enlisting in the winter of 2017, I was in the barracks when the first snow fell. What I realized when I went outside on break was that the world continued as if nothing had happened. I could really feel that the world continued to flow naturally as if my existence had been forgotten.”

He added, “My self-esteem had hit an all-time low due to various reasons. I was in a position where I had received so much love, but I felt as if I was nothing but a speck of dust when seen from space since I was feeling those emotions. I felt happy about the small things and felt various emotions. And then the first snow came. I felt sad and happy watching the snow fall. I suddenly thought about talking and singing with all of you in a space like this. I had held the musical and ballad concert around the time it snows, so it brought back memories of the joyful and grateful times. I wanted to express my gratitude to fans.” 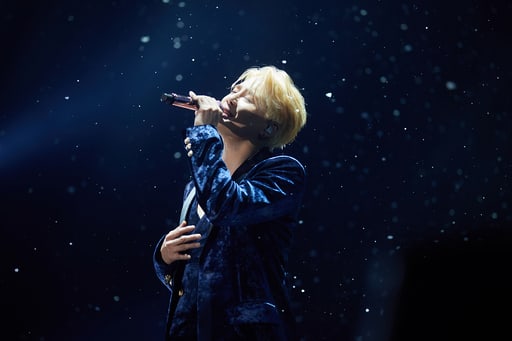 Before performing his cover of Yoo Jae Suk and Lee Juk’s “As I Say” (literal title), Kim Junsu spoke about his appearance on MBC’s “Share House” (literal title). “I had my first public broadcast appearance in 10 years,” he said. “I love MBC. I don’t know if it’ll be the last one, but I’m still happy.”

He continued, “I like that all of you were able to smile and be happy about it even if it was only for a moment. If that was happiness was to continue, I’d be even happier, but I felt really joyful. It’s all thanks to the fans’ love and support that I was able to make it here, but we were all able to hold on because we had the mindset of, ‘It’ll work out someday’ and ‘I can do it.'”

Kim Junsu concluded, “I’ve finally reached this special moment today. I prepared this song in order to give strength to those who are struggling and for us to welcome the next year.” 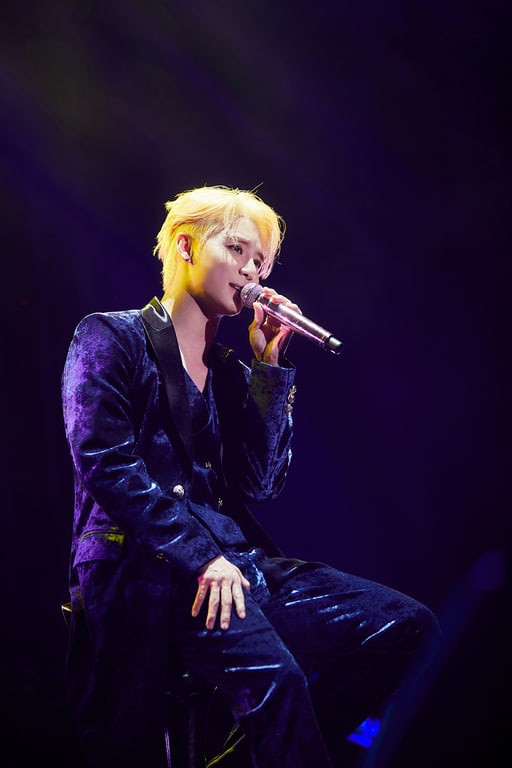