On December 30, the idol-actor attended the 2019 MBC Drama Awards and won Best New Actor along with co-star Lee Jae Wook for their performances in “Extraordinary You.”

In an interview with OSEN on January 1, Rowoon began, “I was so nervous that I forgot to mention my beloved parents [in my acceptance speech], who I respect and allowed me to be here today. I also feel really regretful that I didn’t mention my members who’ve been beside me, and my manager, staff members, and agency employees who worked hard for six months.”

He continued, “In the car on the way to the Drama Awards, my manager asked me, ‘What do you think it’ll be like?’ I didn’t have any expectations and didn’t prepare anything, so I wasn’t nervous and said that I would enjoy it. As soon as I received the award, my members contacted me to congratulate me. I left a message in our group chatroom as soon as the awards show ended.”

Rowoon was recognized for his portrayal of his character Ha Roo in “Extraordinary You” and his acting skills which shone as the story switched back and forth between a drama of present-day life and a sageuk (Korean historical drama). “It’s a project where I discovered a new kind of fun in acting,” said Rowoon. “And it’s a project that made me think of acting in a more precious way, so I don’t think I’ll be able to forget it for the rest of my life.” 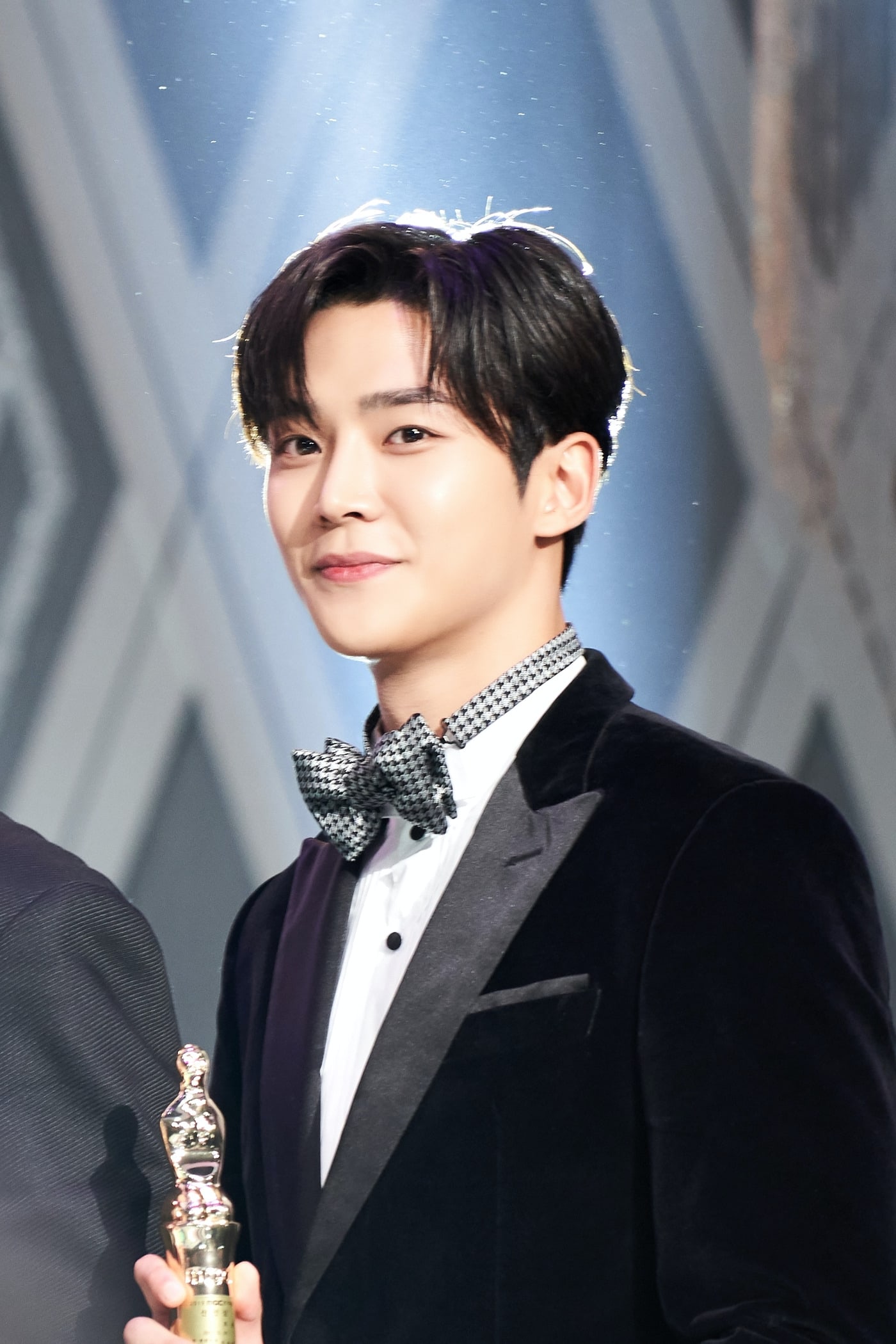 “Extraordinary You” took home many honors at the MBC Drama Awards including Rowoon and Lee Jae Wook’s Best New Actor awards, Kim Hye Yoon‘s Excellence Award for an Actress in a Wednesday-Thursday Drama and Best New Actress award, and Viewers’ Choice for Drama of the Year. About this, Rowoon commented, “I think the award chosen by viewers is especially more meaningful, and I think that the [drama’s] unique concept and story were charming.”

Rowoon will now shift gears to prepare for SF9’s comeback. The group is preparing to release their first full album “First Collection” and title track “Good Guy” on January 7. He concluded, “I first plan on focusing on SF9 promotions in 2020. Thanks to interest and love from many people, we’re gaining strength and working hard to prepare for it. If there’s a good character, I want to do it regardless of whether it’s a small or big role.”

Check out the 2019 MBC Drama Awards in full below:

SF9
Rowoon
How does this article make you feel?