Brand reputation rankings are determined through an analysis of the consumer participation, media coverage, interaction, and community indexes of various girl groups, using big data collected from December 9, 2019 to January 10, 2020.

Taking the top spot this month is Red Velvet, who scored a total index of 9,159,395. This is a 74.48 percent increase from their score last month. Red Velvet made a comeback in late December with the title track “Psycho,” which has done well on music charts and taken several trophies on music shows. “Psycho” was a keyword that showed up often in the big data collected, along with the keyword “Wendy” after the member was injured during rehearsals for the 2019 SBS Gayo Daejeon.

In second place was BLACKPINK with a total index of 8,643,201, a 27.68 percent increase from last month. BLACKPINK has been reported to be preparing for an early 2020 comeback, while their 2019 release “Kill This Love” made several end-of-year lists in terms of sales and critical acclaim.

In third place was (G)I-DLE with a total index of 7,895,756, a 19.08 percent decrease from last month. The girl group continues to ride off the high of their appearance on Mnet’s “Queendom,” especially as they recently performed their hit final track “Lion” at awards shows like the 2019 MBC Music Festival and 34th Golden Disc Awards.

Check out the top 30 for January below! 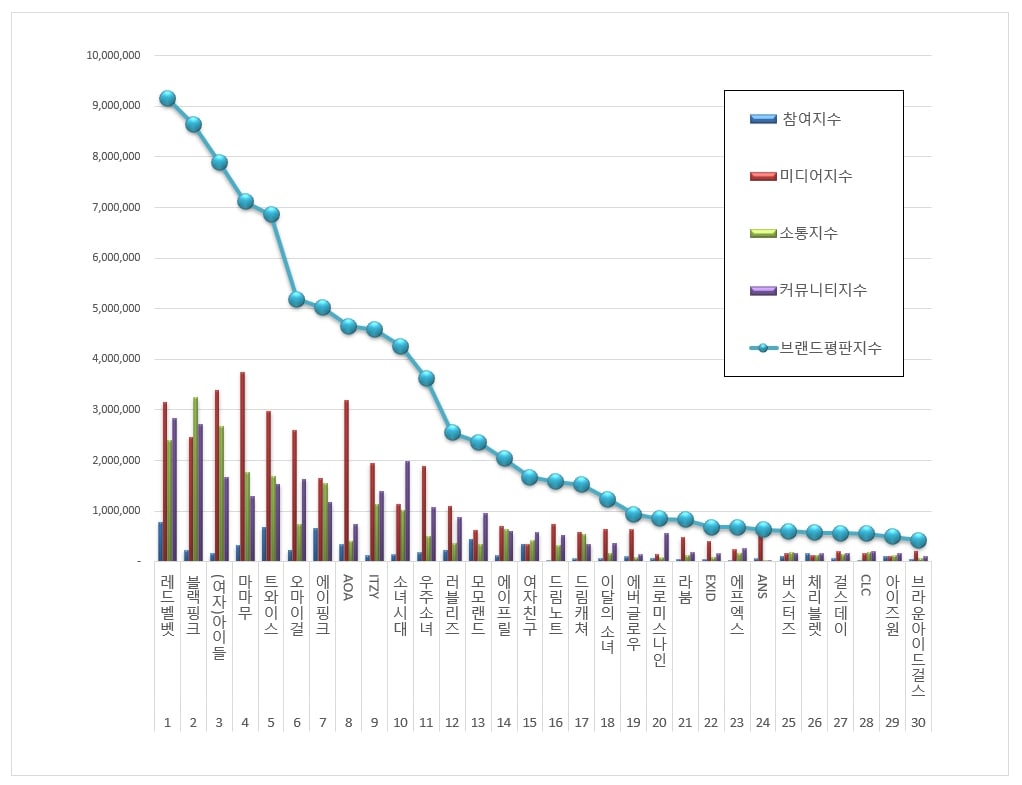