“SKY Castle” has made yet another outstanding achievement!

Chief Producer (CP) Kim Ji Yeon accepted the award and shared, “Yoo Hyun Mi, the scriptwriter for ‘SKY Castle,’ said, ‘I want to save at least one child who wants to take drastic measures due to the problems surrounding entrance exams.’ Because of this, I hoped that even more viewers would watch ‘SKY Castle.’ It’s an honor that the drama was acknowledged by viewers not only in Korea but also all around Asia. I want to thank Asian viewers who love Korean dramas.” 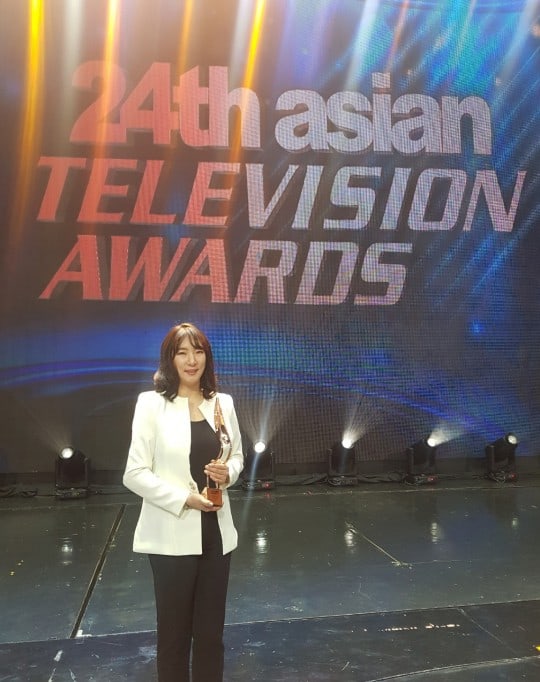 “SKY Castle” is a drama that tells the story of women in the top 0.1 percent and their fights of greed and veiled enmity. On January 19, 2019, the drama recorded average nationwide viewership ratings of 22.3 percent, setting a new record for the highest viewership ratings in cable network history. The drama continued to break its own record until its final episode, which ended with 23.78 percent viewership ratings. “SKY Castle” was also deemed the most buzzworthy drama of 2019 by Good Data Corporation.

Earlier on January 10, JTBC’s CEO Kim Yong Dal also presented awards for four categories at the Asian Television Awards, presenting for the categories JTBC won in last year. At the time, JTBC won Cable & Satellite Channel of the Year along with three other awards. JTBC is the only Korean broadcasting channel that has won four awards including the grand prize at once at the Asian Television Awards.

Also known as “The Emmys of Asia,” the Asian Television Awards began in 1996. The prestigious awards show is held by Universal Awards, and every year, around 60 judges pick the presenters and winners through a rigorous process. This year, approximately 300 broadcasting officials attended, and the show was broadcast live in 22 countries around the world to about 200 million people.

Congratulations to the “SKY Castle” team!