Details for Han Seung Woo’s fan meeting have been shared!

He will be performing his fan meeting at the Kyung Hee University Grand Peace Palace on February 8 at 2 p.m. and 7 p.m. KST. His fan meeting is titled with the characters for four types of human emotions, namely happiness, anger, sorrow, and joy, and his poster shows him conveying each of those emotions. 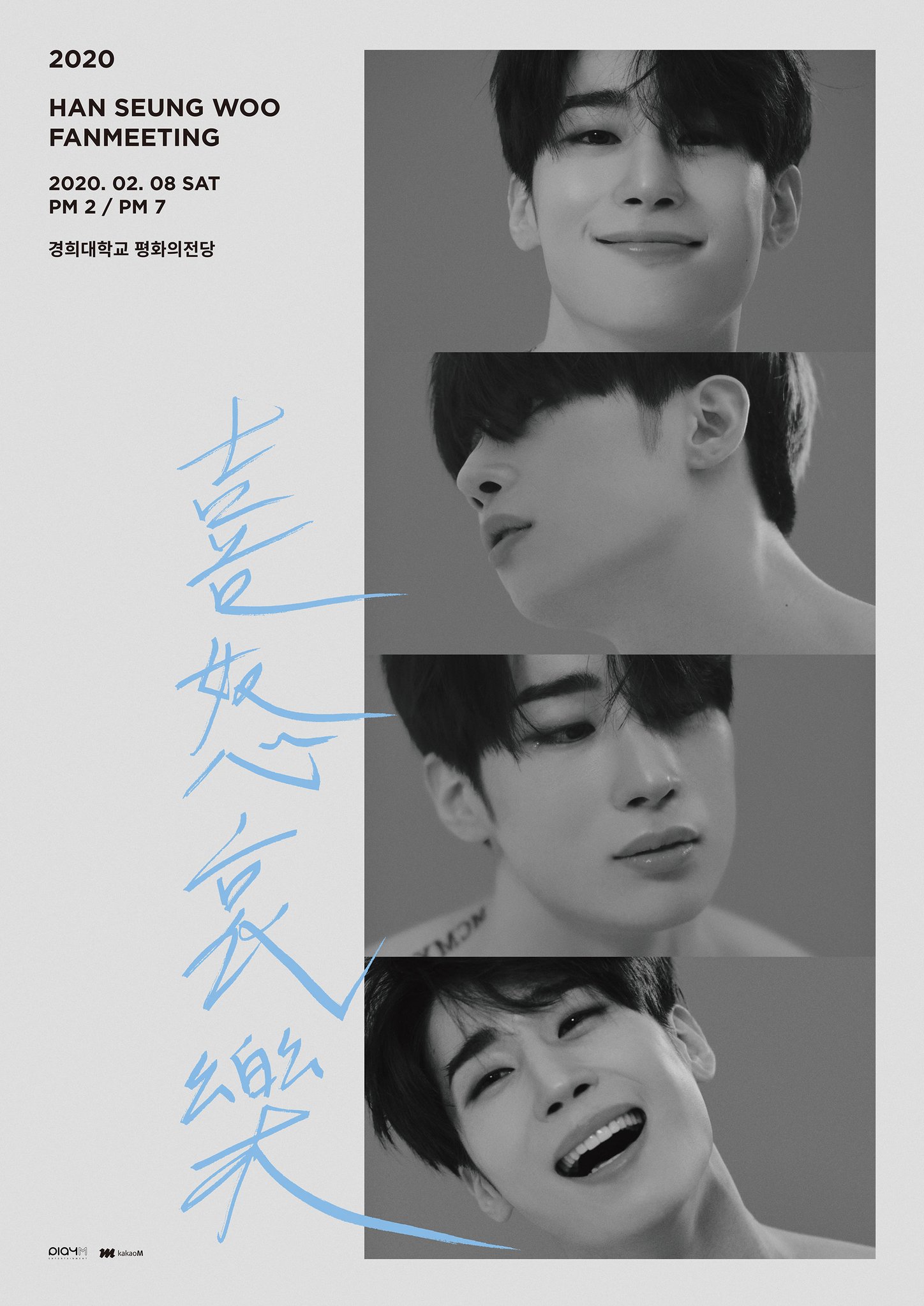 On the evening of January 21, the idol held his first ever Instagram Live after making his account last week.

“It’s been a really long while,” said Han Seung Woo to fans. “You’ve been waiting so long and I’ve also been waiting for the day I could meet you and talk with you, so I’m doing this a bit quickly. Thank you so much for waiting for such a long time.” He went on to say that he’s been preparing a lot lately for fans.

Han Seung Woo also talked about where the name for his Instagram comes from. His username w_o_o_y_a combines the second syllable of his given name with “ya,” an informal ending used to address someone.

“At some point, my fans and the people around me started calling me ‘Wooya,'” he said. “Also my parents have called me ‘Wooya’ too. So when I was trying to come up with my Instagram ID, I decided to use ‘Wooya’ since it feels the most familiar and I like being called that.”

When asked for his plans for the Korean New Year (which falls on January 25), Han Seung Woo shared that he’ll most likely go to his hometown briefly before returning to continue practicing.

He also said that he was feeling achey that day because he’d danced the day before for the first time in a long time, which led to him waking up that morning with muscle pain all over. However, he shared that he knew that keeping at it through the temporary pain will mean that he’ll be able to be back standing in front of fans in perfect condition soon. He was also asked about the condition of his knee, and he shared that he’s not sure yet as he danced for the first time in a while, but it seems to be alright.

His plans for the evening included practicing singing in his studio, rehearsing dancing, and working on writing songs. 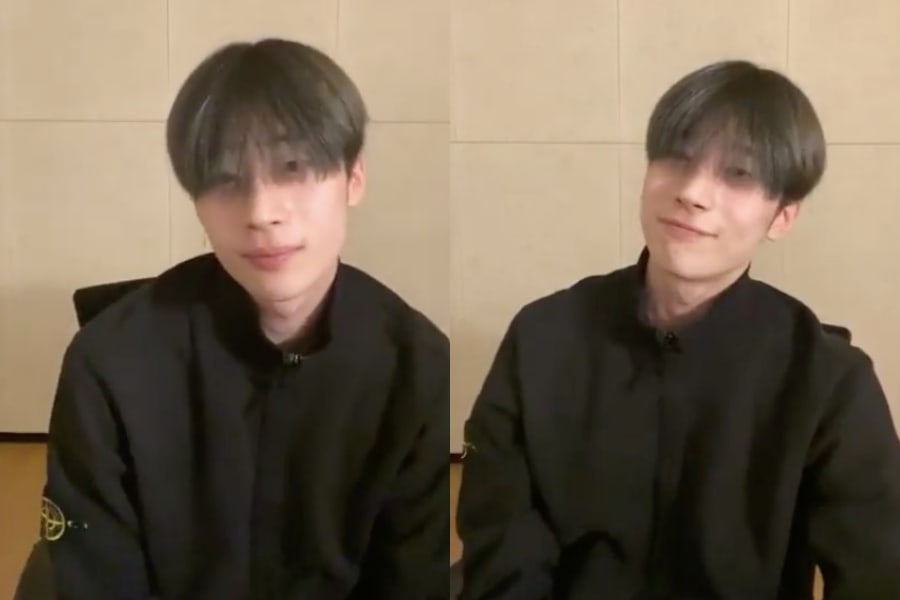 Han Seung Woo ended the broadcast by saying, “I’m working on a present for my fans that have waited such a long time. I know that you miss me a lot, and I really want to see you and I really want to perform. I want us to have a great time together with me performing for you on stage, so I went to my agency and talked with them, and now I’m preparing.”

“It seems I’ll be holding ‘Seung Woo’s fan meeting,'” he said with a laugh. “It could happen sooner than I expected. So I’m working really hard at preparing.” He shared that he plans to perform songs that will make it a time for him to look back with his fans on memories of the past. “I’d be grateful if you come,” he added. “The official announcement will come out soon, so I hope you’ll enjoy and support it.”

Han Seung Woo debuted as a member of VICTON in November 2016. He competed on the survival show “Produce X 101” in 2019 and was chosen as one of the members of the show’s project group X1, which disbanded this month after the producers admitted to vote manipulation. Shortly afterwards, VICTON’s agency announced that they will share Han Seung Woo’s future plans after discussions with him and a period of rest.

VICTON
Han Seung Woo
X1
How does this article make you feel?