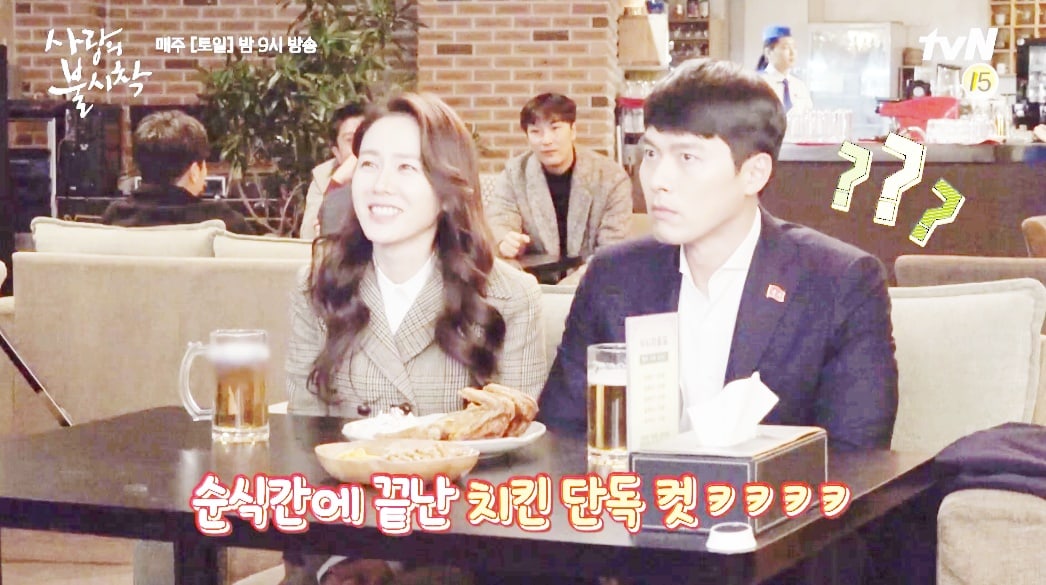 To clarify the rumors sparked by the post, Hyun Bin’s agency stated, “Son Ye Jin is holding her own hand.”

In the screenshot, Son Ye Jin and Hyun Bin are filming the scene where their characters go on a chicken and beer date in Pyongyang. The scene aired on the December 29 broadcast of “Crash Landing on You.” In the screenshot, it is unclear whose hand is holding Son Ye Jin’s right hand. However, Hyun Bin’s agency clarified that Son Ye Jin is holding her own hand.

Previously, Hyun Bin and Son Ye Jin already denied dating rumors twice in 2019. When rumors surfaced that the two were traveling in the United States together, both Son Ye Jin’s and Hyun Bin’s agencies denied rumors of them traveling together, and they denied the rumors once again when photos of the two grocery shopping together with other acquaintances surfaced.

“Crash Landing on You” recently came to a successful conclusion with the series finale overtaking tvN’s “Goblin” to achieve the highest ratings in tvN history with average nationwide viewership ratings of 21.683 percent.