Gaon Chart has revealed its chart rankings for the week of February 9 to 15!

New releases dominated this week’s physical album chart: The Boyz’s first studio album “Reveal” made its debut on the chart at No. 1, while MAMAMOO’s Moonbyul‘s second solo album “Dark Side of the Moon” entered the chart at No. 2. PENTAGON’s first studio album “Universe: The Black Hall” and Rocket Punch’s new mini album “Red Punch” also entered the physical album chart at No. 3 and No. 4 respectively. Finally, ATEEZ’s latest mini album “TREASURE EPILOGUE : Action To Answer” shot back up the rankings to round out the top five for the week. 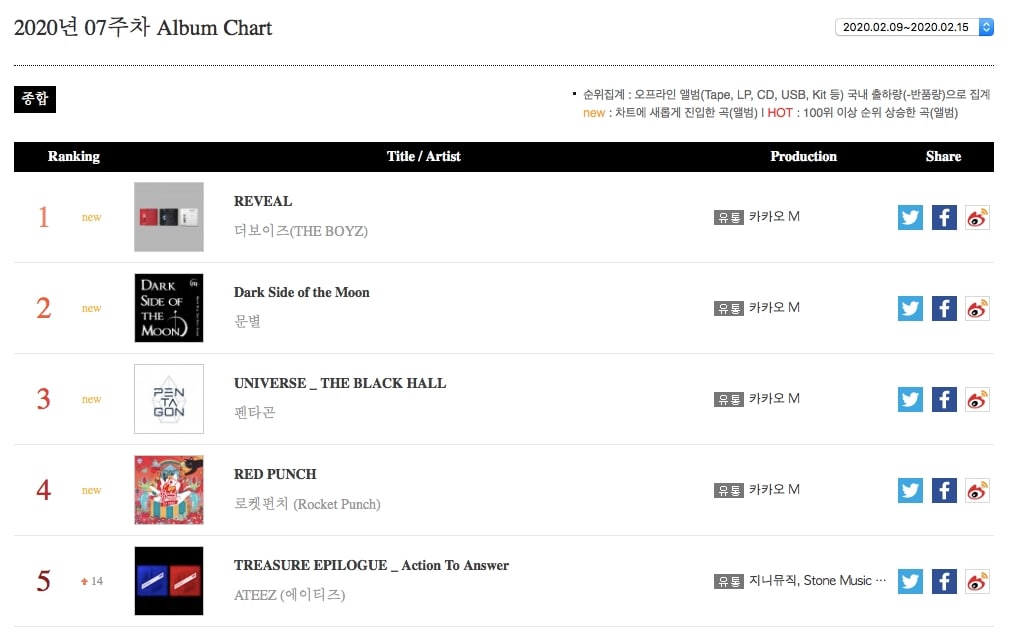 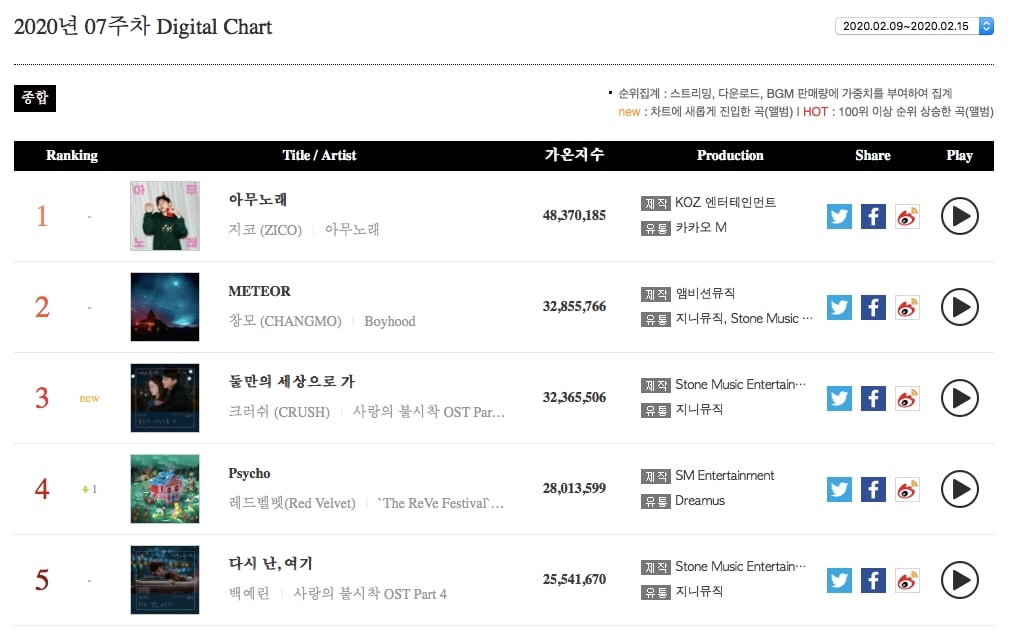 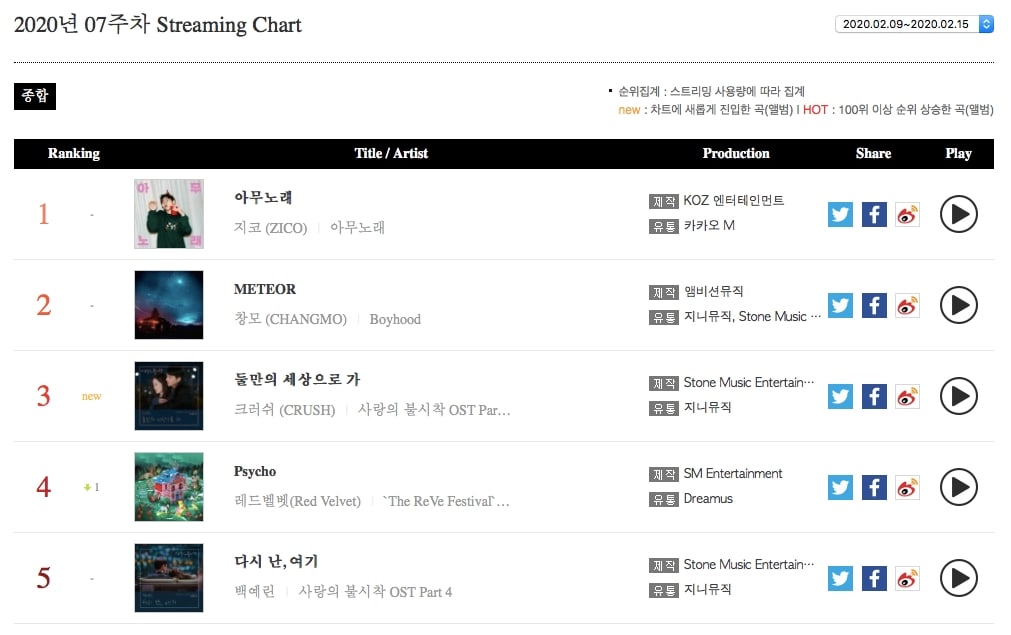 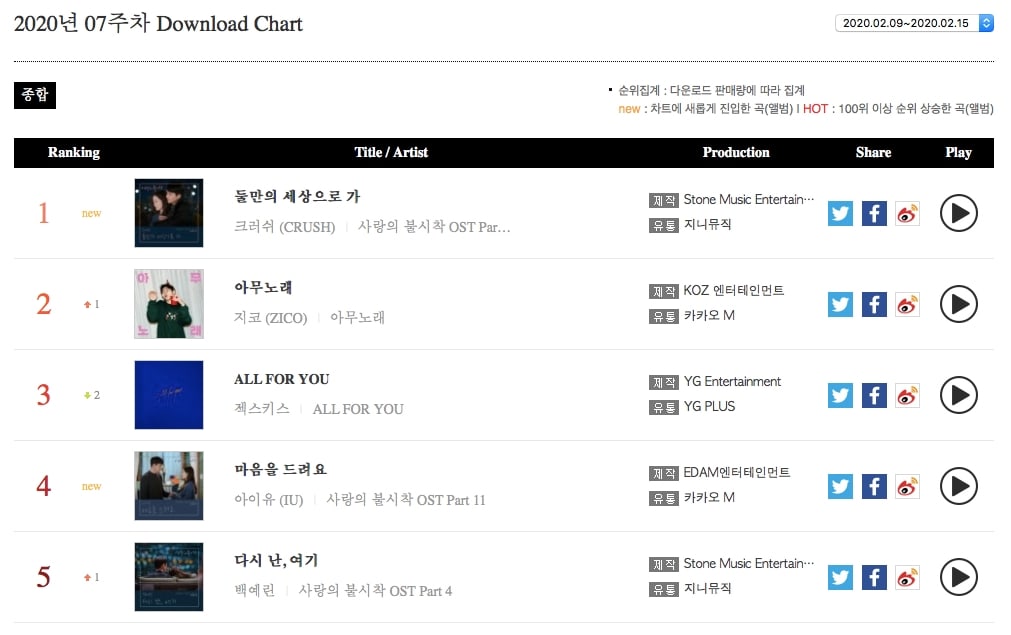 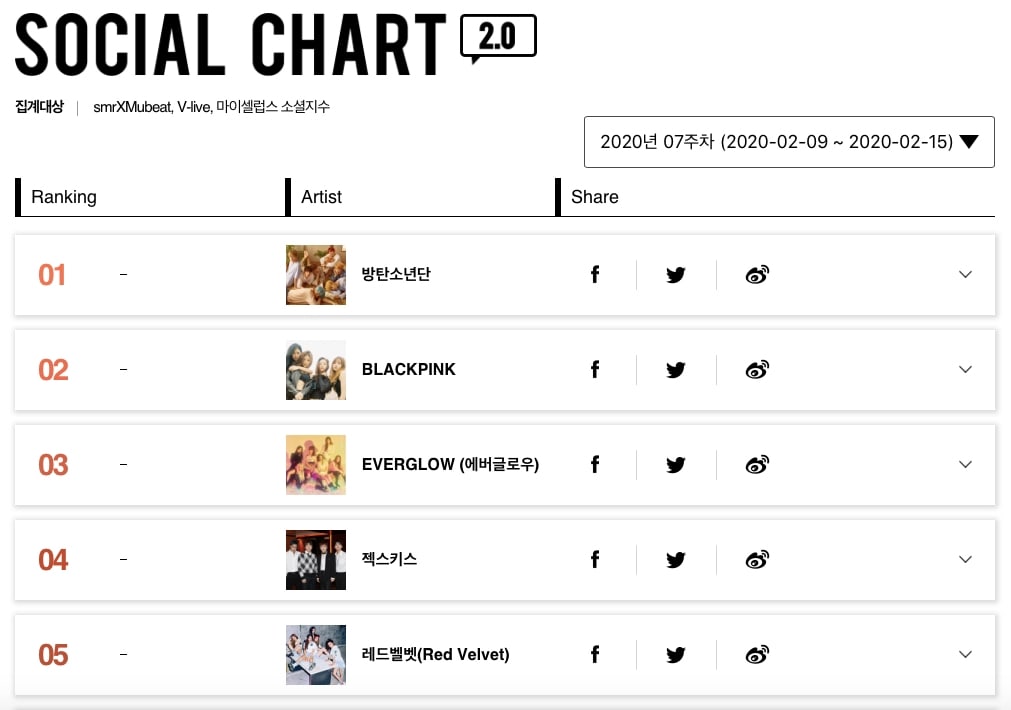