Web dramas are sometimes the very thing that’s needed whenever you really want to watch a K-drama, but can’t commit to lengthy episodes. Aside from the recommendations from this previous feature covering some awesome web dramas and this feature that recommends some more awesome, must-see web dramas, there are a lot more to recommend. What’s better than being able to binge-watch a web drama in one night without the commitment of hour long episodes?! In case you need some more dramas to add to your already long list, here are some more recent (in the past year and a bit) web dramas to check out. They’re all good, I promise!

Disclaimer: In no particular order. 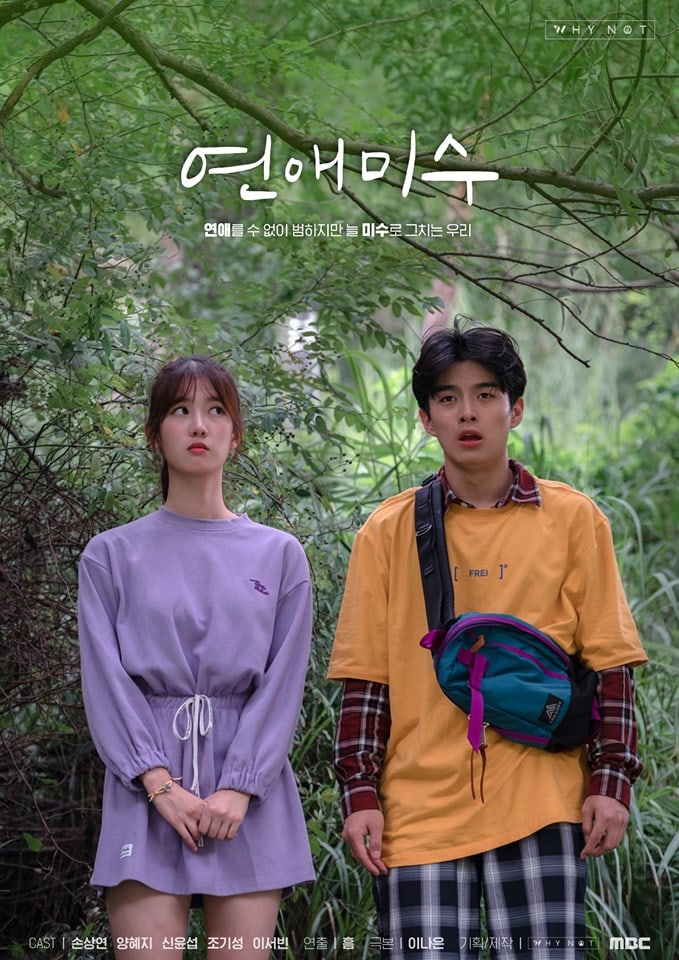 “FAILing In Love” is a 5-episode web drama that is super short and definitely worth the watch. It stars Son Sang Yeon as Kang Pa Rang, a high school student who has a severe case of separation anxiety and relies a lot on his friends to help keep him company. His best friends are Lee Si Won (Yang Hye Ji) and Lee Si Eon (Shin Yun Seob). Si Won has been in love with Pa Rang since they were kids and Si Eon happens to be in love with Si Won. 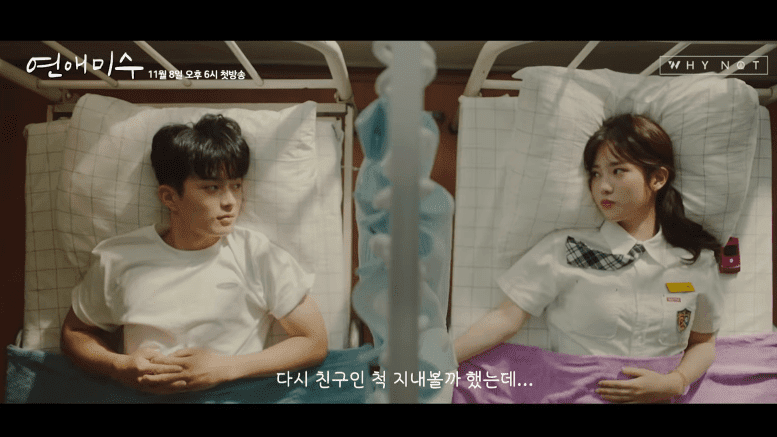 The best part about this drama is the development of all the characters. There’s a piece of each of them that everyone can relate to. They’re all incredibly charming in their own way and you’ll fall in love with all of them. It’s got a sweet OST that fits perfectly with the mood of the drama, and with it being only five episodes, you’ve really got nothing to lose! 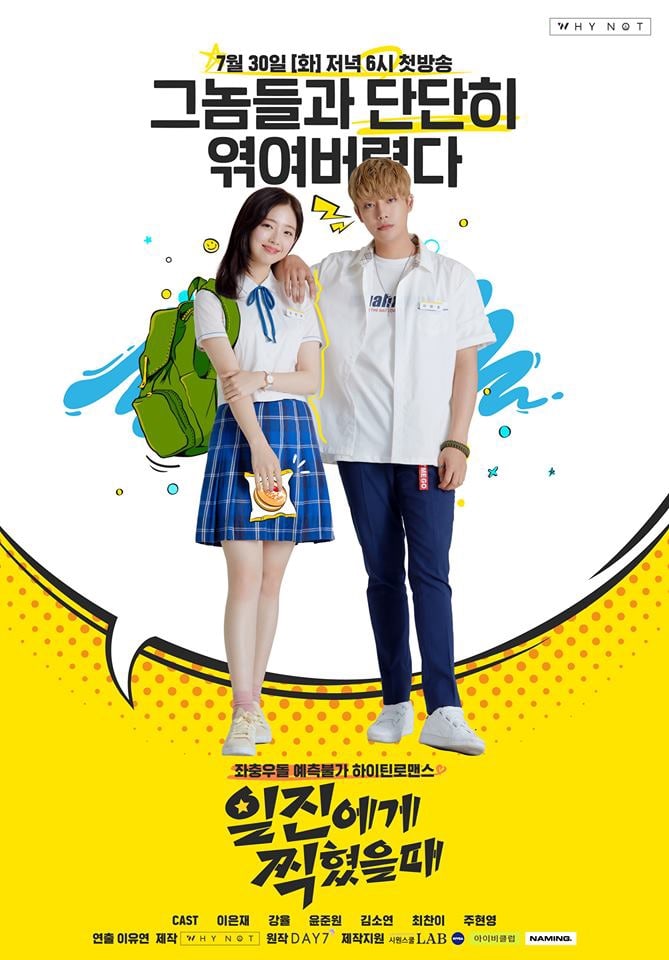 “Best Mistake” is a web drama that aired on V Live. The drama stars Kang Yul as Ji Hyun Ho and Lee Eun Jae as Kim Yeon Doo. The story starts with Yeon Doo accidentally posting a photo of Hyun Ho on her social media account to warn off a stalker. When Hyun Ho finds out, he confronts Eun Jae and this marks the beginning of their love/hate relationship.

The main star of this drama is Kang Yul and you’ll really get to see him shine as a rookie actor. He’s been gaining a lot of popularity from this role and you’ll be able to see why when you watch the series. There has even been a confirmed second season because of its success! The chemistry between Yeon Doo and Hyun Ho is adorable and if you enjoy seeing bad boys become total softies for their crushes, then this is a must on your list! 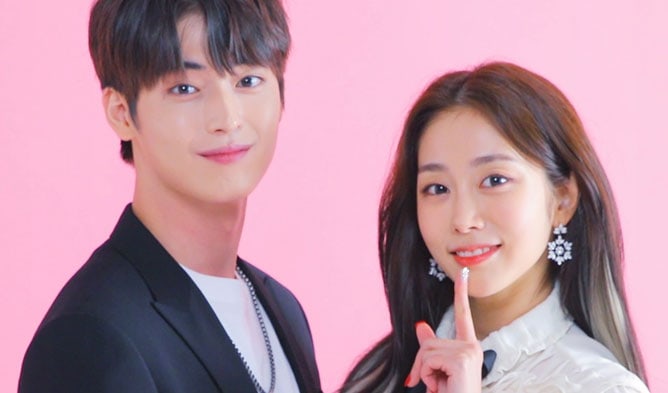 “One Fine Week” is every K-pop girl’s dream come true. It stars Lovelyz’s Seo Ji Soo as Jung Da Eun/Kim Byul and MYTEEN’s Shin Junseop as Han Jung Woo. The drama tells the story of Jung Da Eun, a very lucky girl in the fact that she looks exactly like K-pop idol Kim Byul. So when Kim Byul goes through a bout of severe social anxiety, her manager stumbles across Da Eun and asks her to step in to do all of Byul’s schedules for a week. During this week, Da Eun does a show in which she meets and falls in love with Jung Woo. 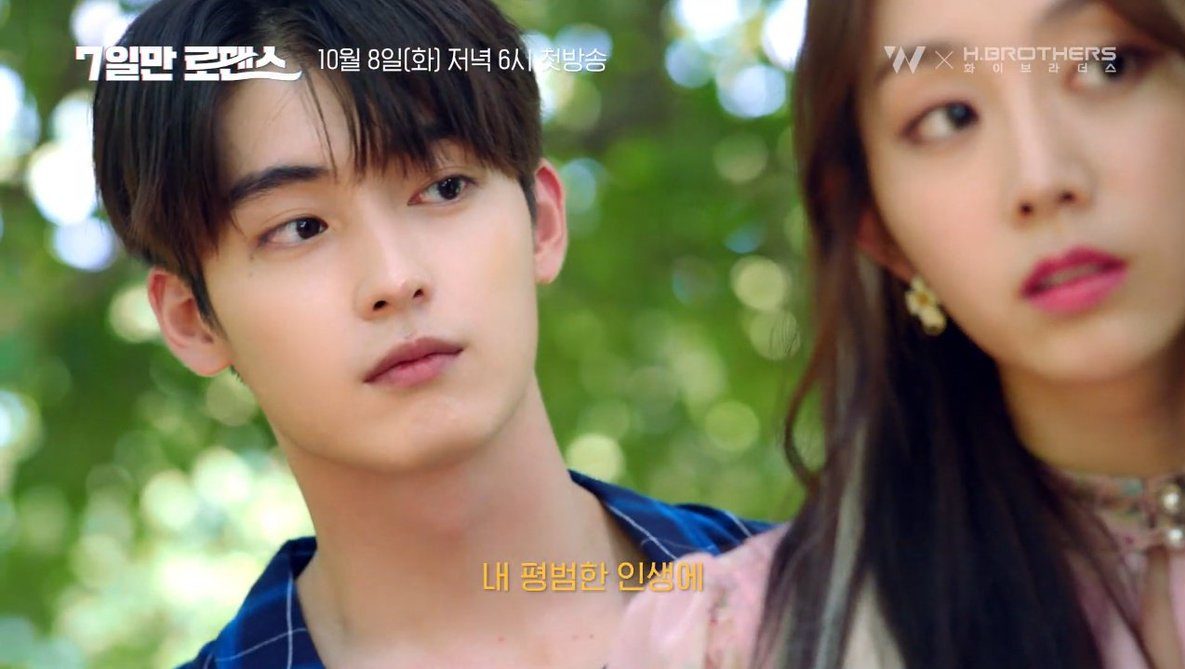 This web drama will give you all the butterflies. Not only is seeing Shin Junseop an absolute gift, but Seo Ji Soo is also super adorable. The storyline is cliche and predictable, but it still manages to make you want to squeal. The moments where Jung Woo makes his love so obviously known to Da Eun will warm your heart and make you want to giggle. The story is just so cute! 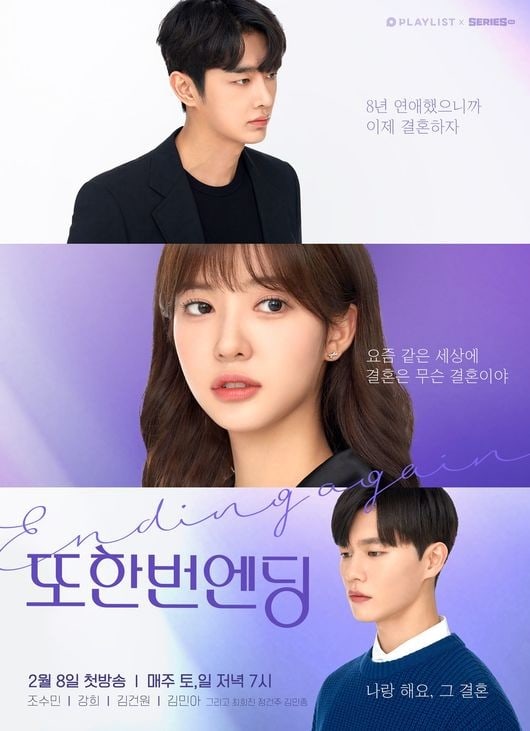 This series is full of cliches and tropes that any K-drama lover is familiar with, but it really is fun to watch. The main lead, In Young, is very likeable and although the actress hasn’t had too much acting experience, she does a really good job! It’s addictive to watch and a total mindless guilty pleasure that is full of dramatic elements. It’ll definitely keep you on the edge of your seat. 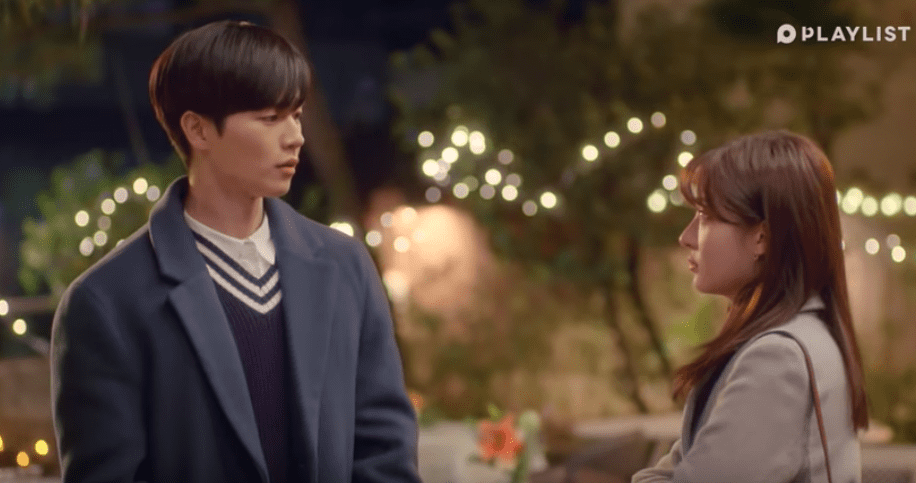 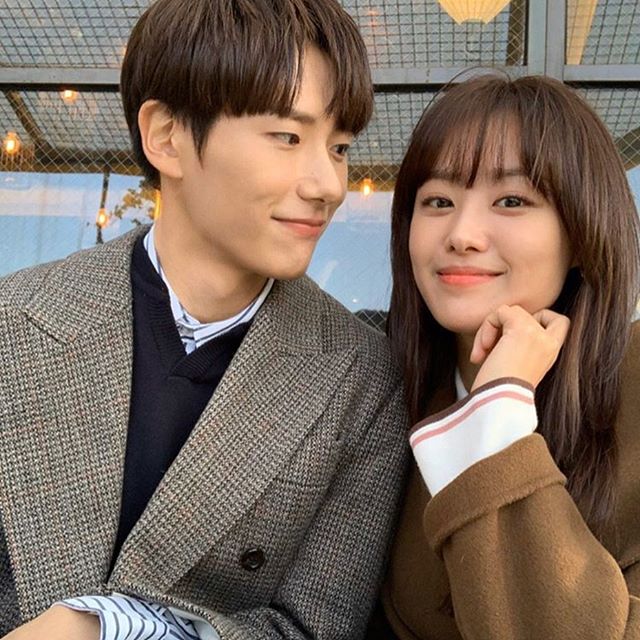 Learning that Song Ji Eun was the female lead was what originally compelled me to watch this particular web drama. Song Ji Eun was adorable in the K-drama “My Secret Romance” and I was looking forward to seeing her in this short series. The male lead, Shin Jeong You, who plays Lee Min Woong, is also very adorable and charming to watch. 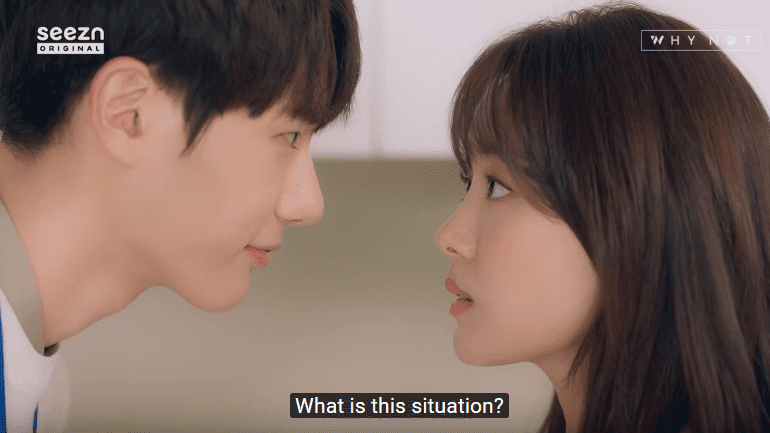 This drama is a noona romance, where Min Woong falls in love at first sight with Min Ji Woo (Song Ji Eun). They fall quickly into a romantic relationship, but then realize that they work together in the same office. Not only that, but Ji Woo is actually Min Woong’s boss, which makes it even more awkward. While Ji Woo battles her doubts about whether or not she should be in a relationship with a coworker, Min Woong works extra hard to persist and win Ji Woo’s heart. The romance and sweet interactions between the two main leads will have your heart skipping a beat. You don’t want to miss it! 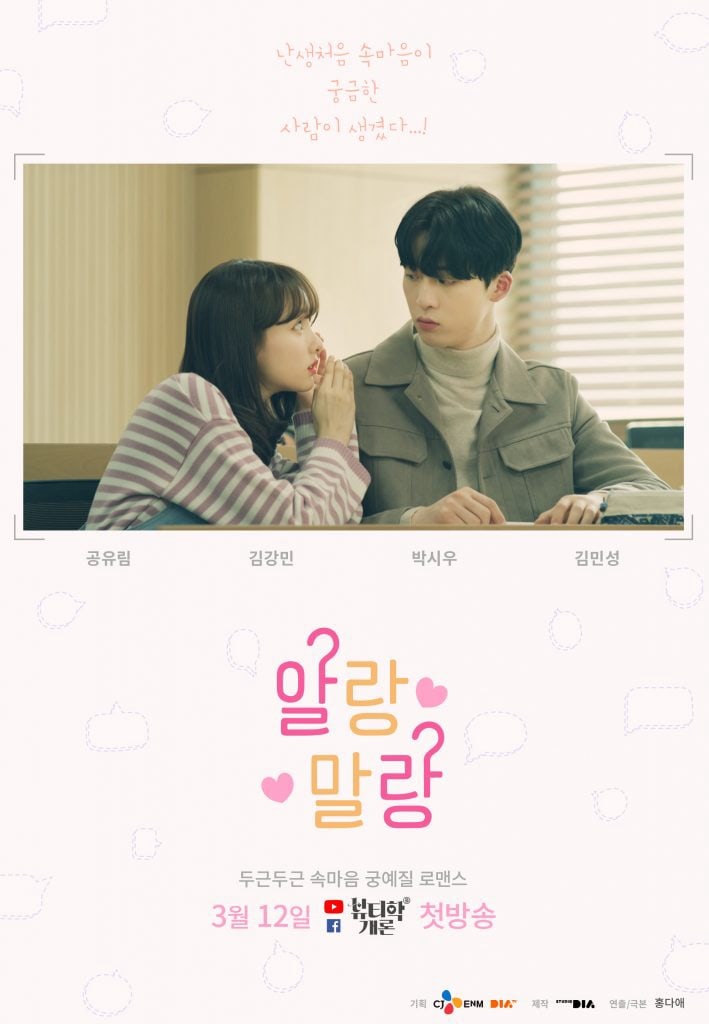 “Maybe, Maybe Not” is a fun web drama that tells the story about a college girl named Namgoong Ye Ji (Gong Yoo Rim), who has the ability to read minds. She’s very introverted and actually does not like being able to hear people’s thoughts, so she tends to keep to herself a lot. She meets another student named Cheong Jung Seok (Kim Kang Min) who befriends her. The thing about Jung Seok is that Ye Ji can’t read his mind. She eventually develops feelings for him and must try to figure out if he has feelings for her too.

The characters in this series are so innocent, and it’s adorable seeing the two interact with each other. It’ll bring feelings of first love butterflies and it’ll make you really appreciate Jung Seok as he sticks up for Ye Ji when she gets pushed around.

7. Have a Nice Dessert 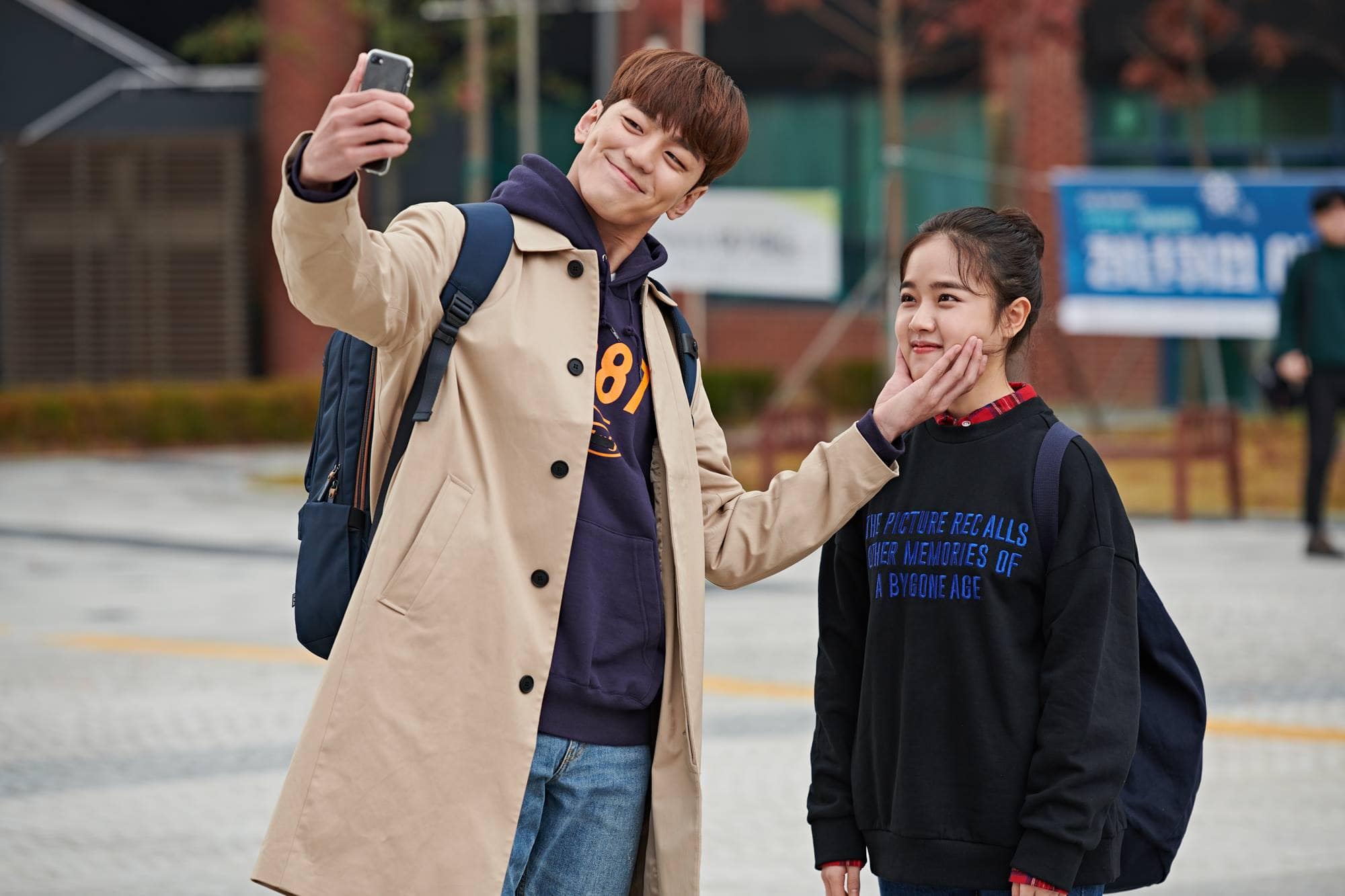 “Have a Nice Dessert” is as sweet and cute as the title suggests. It stars Kim Hyang Gi as Jung Chong Nam, a college girl who likes to post pictures of desserts on her social media account. She meets a classmate by the name of Lee Yeon Nam (Kim Min Kyu) who is quite popular, but he happens to have a crush on her. The two start off as friends, but then realize that they have some strong feelings for each other. 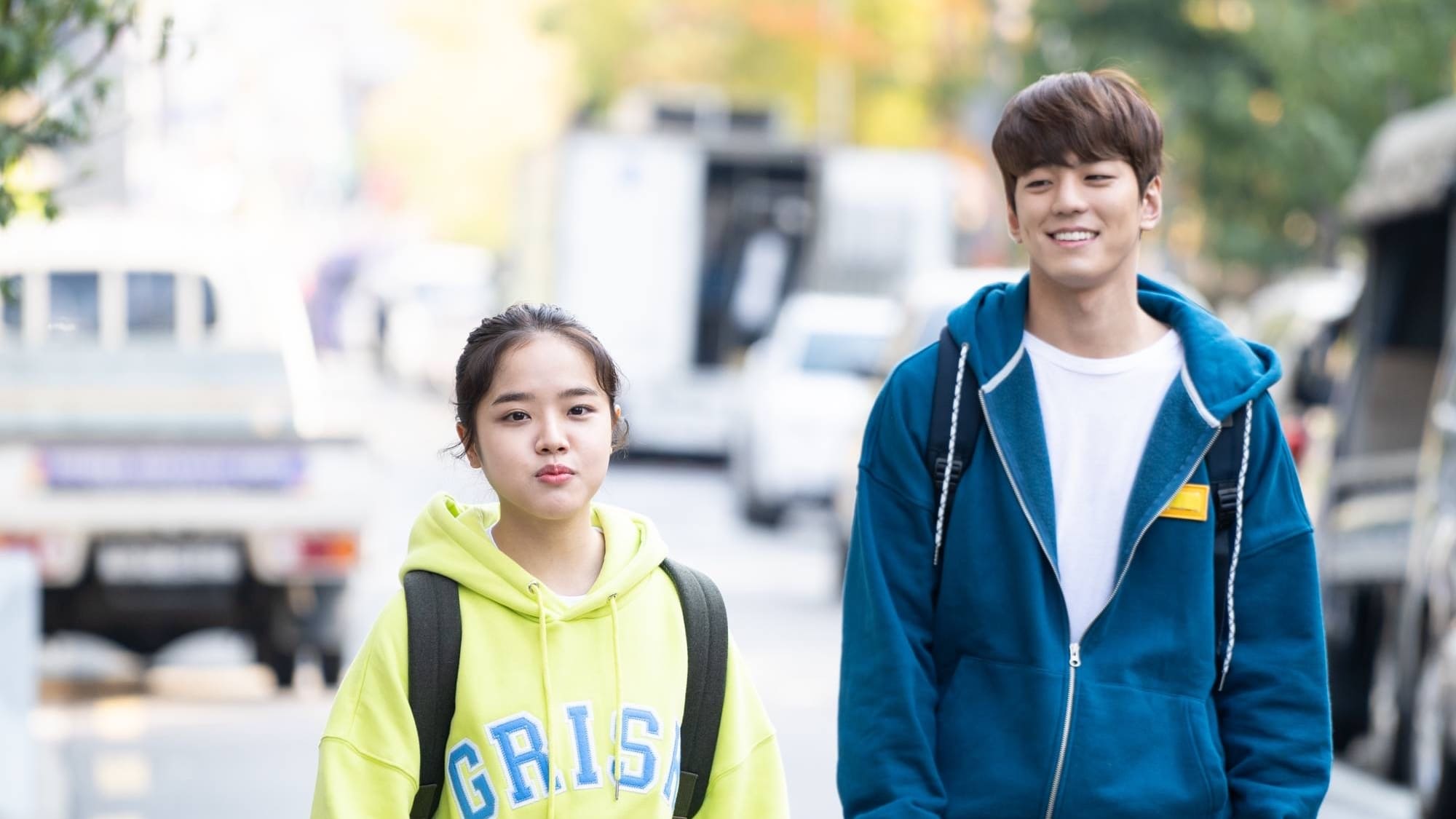 The best part about this drama is seeing Kim Min Kyu in such a sweet and romantic role. With his dimples and one-liners, it’s hard not to fall for him. The two leads are super adorable together which makes for an entertaining watch. You’ll also definitely be craving some sweets after seeing all the delicious looking desserts, so make sure you stock up before watching it! 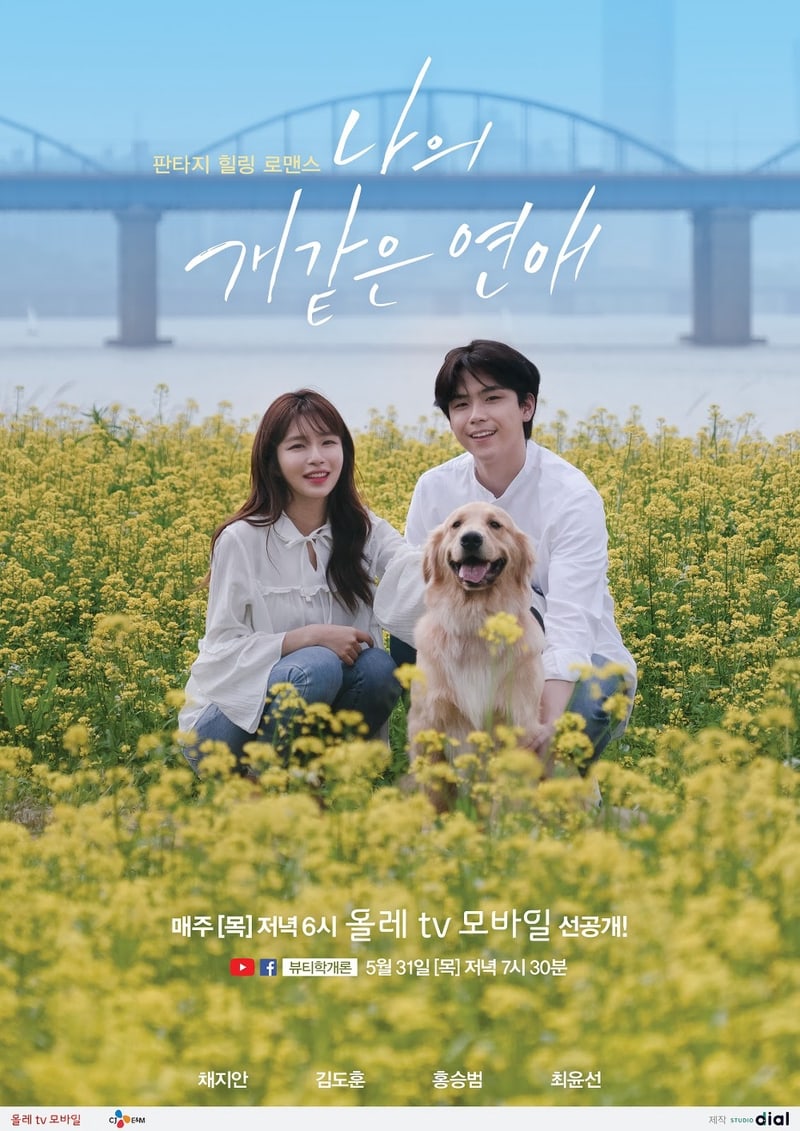 “My Woofy Poofy Love” is one of the most adorable web dramas on this list. One of the main reasons why is because it’s about humans that can turn into adorable cute dogs. When Kang Ah Jeong (Chae Ji An) gets dumped by her boyfriend, Geum Dol (Kim Do Hoon) comes to her rescue. He’s the support and love that she’s always needed in her life. The thing about Geum Dol is that he can turn into a golden retriever whenever he wants. Sounds adorable, right? 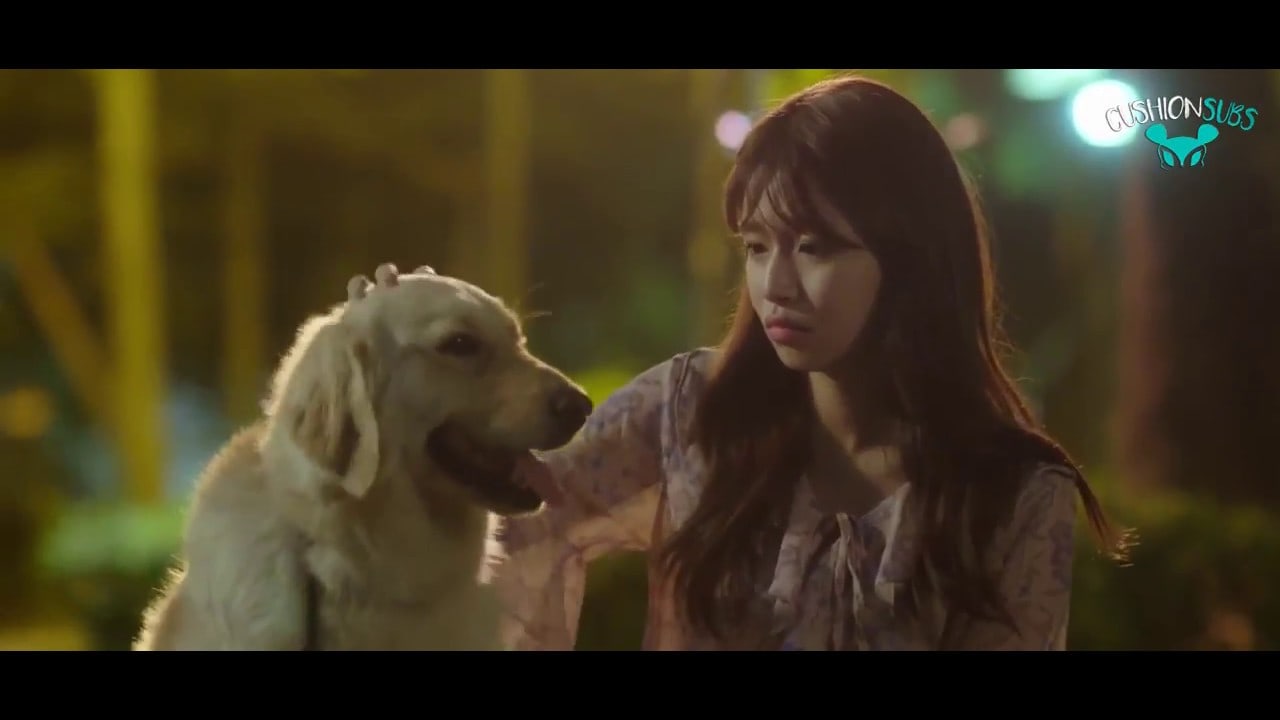 This drama is the perfect amount of seriousness and adorableness wrapped all in one. Not only is the actor who plays Geum Dol quite handsome, but the character is even more cute as a dog! The story sounds a bit strange, but they don’t go overboard on the dog thing and it actually makes for a cute addition to the story. Besides the dog part of the storyline, getting to see the chemistry and interaction between Kim Do Hoon and Chae Ji An is worth the watch. Why are they so cute together?! 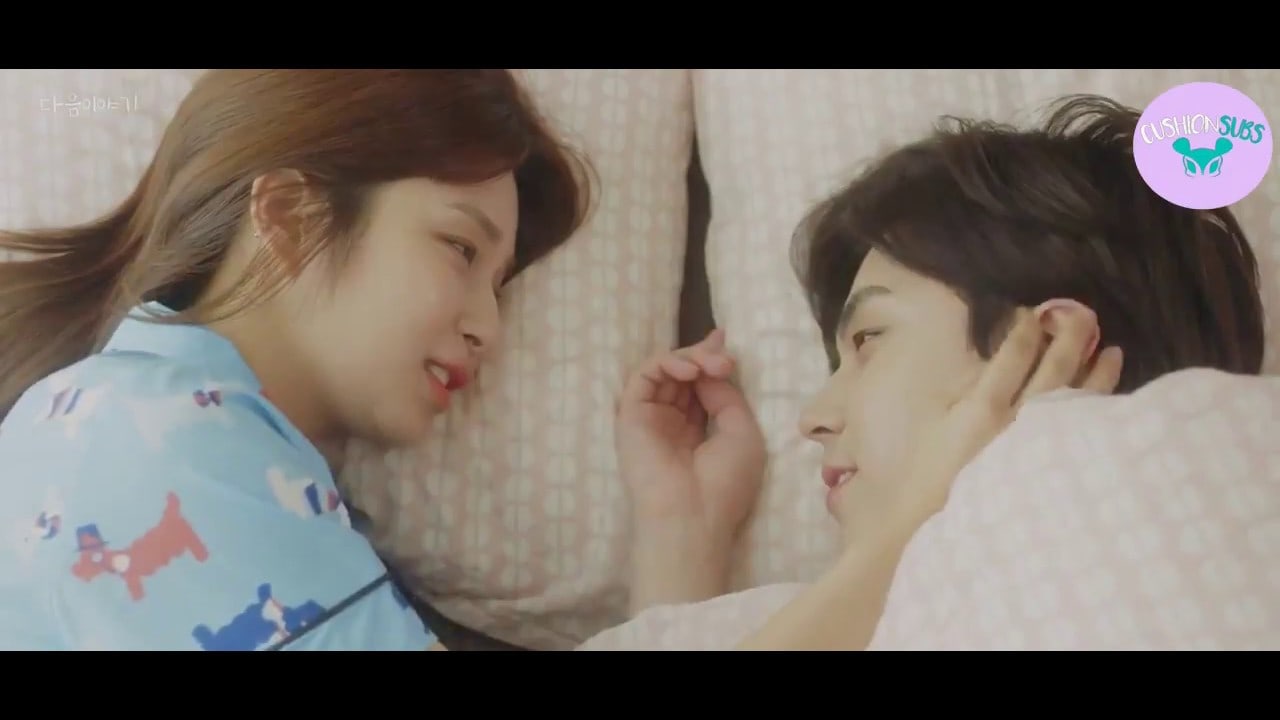 Hey Soompiers, which of these web dramas are you going to watch next? Let me know in the comments below!