ITZY is back with their second mini-album “IT’z Me” and title track “WANNABE”!

During an interview, the girl group shared their thoughts about their comeback.

When asked about their first impressions of “WANNABE,” Lia said, “The sound effects are arranged nicely, and it has many interesting elements, so it’s a song that allows me to imagine how cool we’d look performing on stage.” Yuna added, “The sound in the intro captured my heart. I like it even better because it has catchy lyrics like ‘I wanna be me, me, me,’ and it’s a song that clearly shows ITZY’s concept.”

This was their second time working with music production group GALACTIKA *. Yeji expressed her gratitude to them for creating their debut song “DALLA DALLA” and shared it was an honor to work with them again for “WANNABE.” She explained, “The producer told us he got inspired by the conversation we had when he recorded ‘DALLA DALLA.’ [Back then], he asked what kind of singers we wanted to become and who our role models are. We said we just wanted to be ourselves, and he said our reply left a deep impression on him.”

ITZY was asked about what they focused on while preparing for their new stage, and Ryujin answered, “I wanted to make the people watching the ‘WANNABE’ performance think, ‘How did time pass by so quickly?’ So while showing powerful energy, we paid attention to controlling the intensity of it. We tried to complete a more powerful and strong performance through that control.”

ITZY also discussed their new mini album. Yeji said, “We have always tried to express many things under the theme of ‘me.’ ‘IT’z ME’ also focuses on that, and we worked hard on various elements, such as the music, performance, and music video. The title track ‘WANNABE’ is the most accurate representation of the overall style of the album. We emphasized the meaning, ‘I want to be me, and I’m precious as I am.’ I’ll truly be proud if many people listen to this album and think, ‘ITZY has grown even more.'” 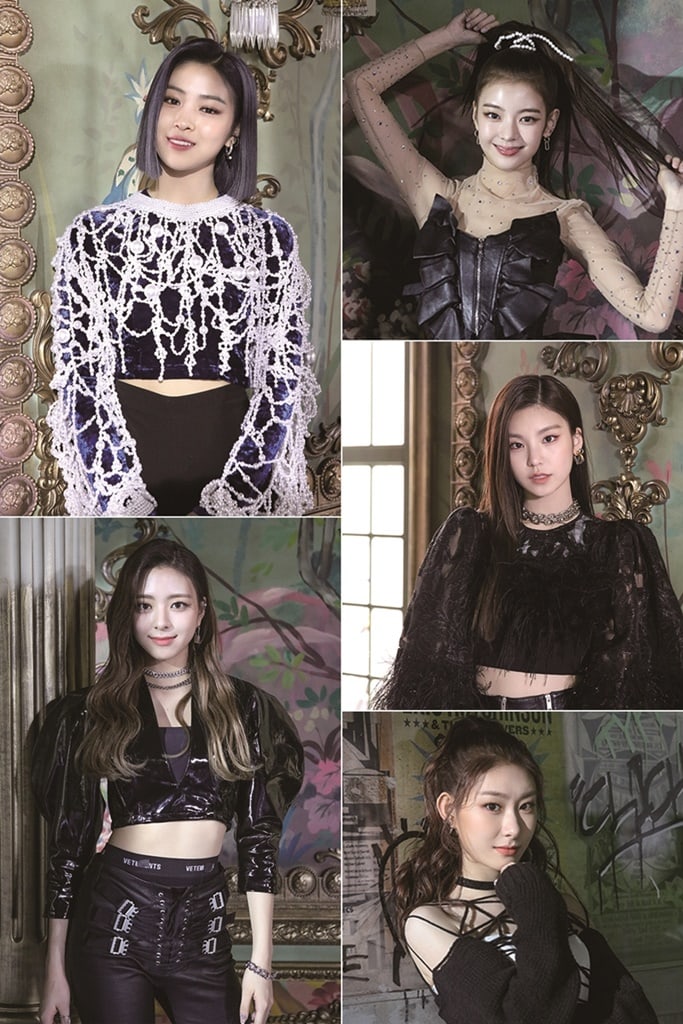 Asked when ITZY was most like themselves, Ryujin replied, “I think it’s when we practice in the practice room. This is the moment when the members interact the best, and we seem to find the identity of ITZY through practice.”

The members also chose their favorite tracks on the album besides the title track. Yeji and Lia chose the third track titled “That’s a No No.” They said, “We really like the cool beat, and we personally like the melody line. This song makes us feel like dancing. It is both exciting and sophisticated.” Ryujin chose the fourth track “Nobody Like You” because it’s easy to listen to, lively, and cool.

Then the girl group talked about successfully wrapping up their overseas showcase tour “ITZY? ITZY!” Ryujin said, “It was an opportunity to realize that being on stage itself is very enjoyable. I don’t think we’ve shown you everything about us yet. I want to practice hard and grow more to meet more fans next time.” Yuna added, “It was a very meaningful time because we were able to meet our overseas fans. We practiced a lot for the showcase, but after seeing the people who support us, I thought we should work even harder. Next time, I want to study the local language and communicate more with fans.”

ITZY was one of the three rookies to win the Rookie Award at the 29th Seoul Music Awards. Yeji talked about their new dream, saying, “We hope ITZY will become an artist who has a very good influence on many people. We will work harder so that we can achieve our dream.”