VICTON celebrated their comeback at a showcase!

On March 9, the group returned with their new mini album “Continuous,” which features the title track “Howling.” They held a showcase that evening to perform their new tracks for the first time and talk about their album. The event was streamed on V Live without a studio audience due to concerns about the novel coronavirus outbreak.

VICTON’s previous comeback was with six members while Han Seung Woo promoted with the “Produce X 101” group X1, and they’ve now made a return as a full group. To open their showcase, they performed their previous title track “Nostalgic Night” for the first time with all seven members. 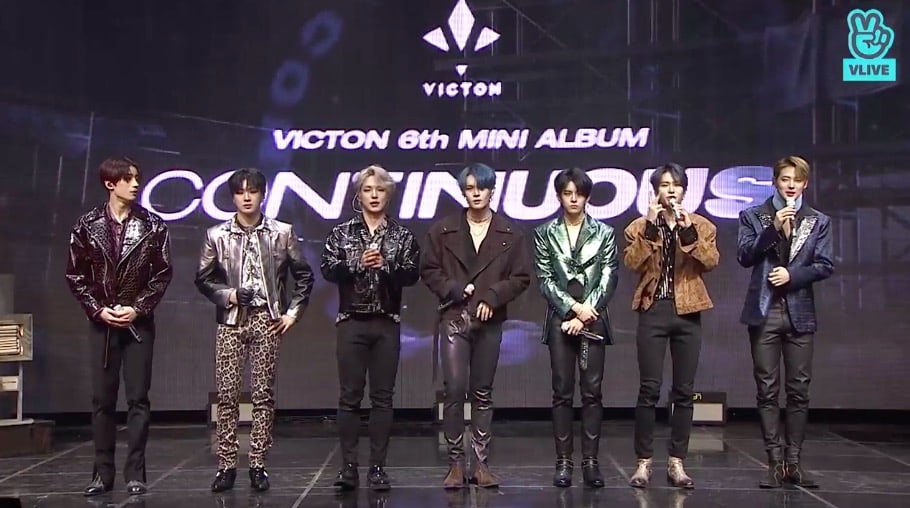 Chan said, “We participated a lot in creating ‘Continuous,’ so I think this is an album that we worked really hard on. We’re always trying hard to show you how we’ve improved, so we worked very hard while preparing this.”

The guys were asked to share what they’ve been up to lately, and Byungchan talked about how he’s been focusing a lot on taking vocal lessons. Seungsik said, “Byungchan’s vocals have improved so much. When we were recording this time, everyone who was watching was surprised and said he did well. I think he was one of the fastest ones when we recorded.” Byungchan shared that Seungsik in particular had been giving him advice on how to improve even more, which has made him feel both happy and grateful. 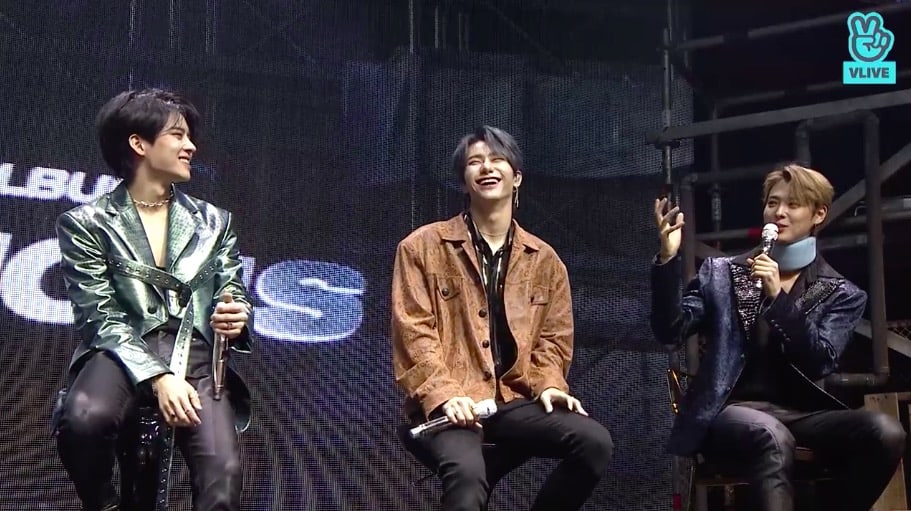 Subin described that he’s been focusing on communicating with fans, while Sejun shared that he thinks he’s done a lot of V Live broadcasts because he wanted to share updates with fans on their daily lives and what they’re doing. Chan said that other than working on dance practice, he’s been doing things like going for walks by the Han River.

On top of rehearsing for their comeback, Hanse said he watched fantasy movies with werewolves in them to study their concept for their latest album. Han Seung Woo said, “I’ve been doing things like working on the album and doing photo shoots, and since it’s my first time being on stage in a while, I’ve been worrying a lot about that. So I think I spent almost all of my time practicing and working on writing songs.” 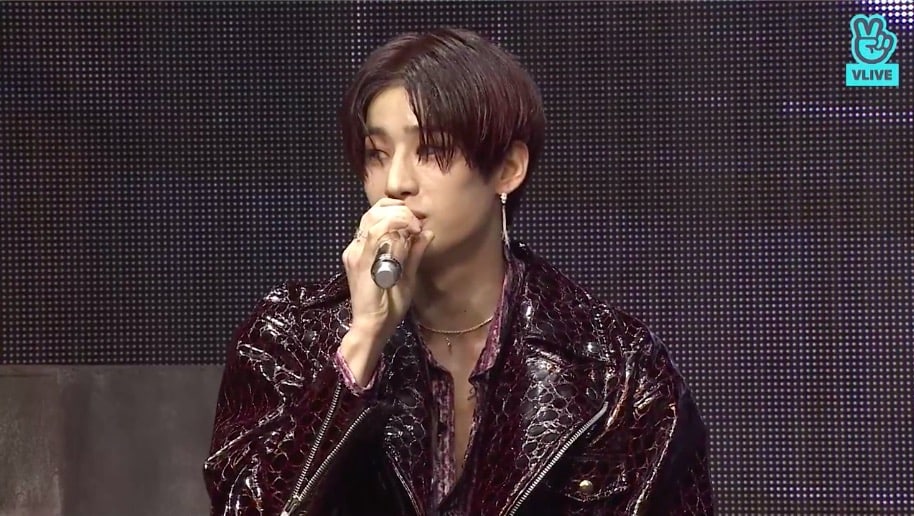 The group was also asked to share what they most want to boast about when it comes to the album. Seungsik named the fact that the members took part in the album more than they have for any of their previous releases. He said, “On top of working on the b-sides, we also took part in things like our album’s outfits, concept, and symbols. That was really great.”

Subin said, “Seungwoo and Seungsik worked a lot on the composition of the song ‘Petal.’ They even directed us when we were recording it. The experience felt very new.”

While talking about the songs on their new album, Subin said that when they first received the guide version of “Howling,” he thought it was the hardest song they’ve ever recorded. “I think when we first recorded it, we all had a hard time,” he said with a laugh. “But in the end, since we worked hard, we were able to create a good song.”

Chan explained that it was a song that they’ve had for a while and been one they wanted to work on, and so he feels a certain affection towards it. “I’m glad that it’s getting to see the light,” he said. 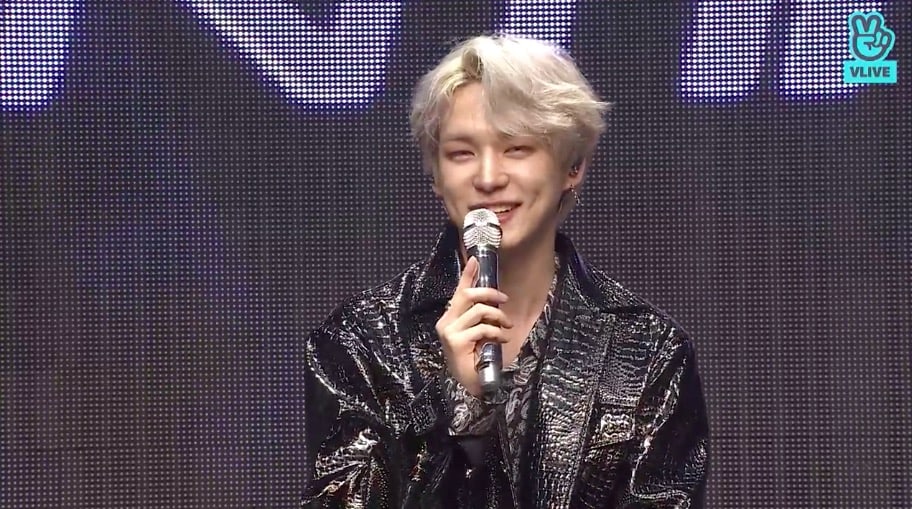 When asked to describe what it was like to record it, Han Seung Woo said, “I joined the recording after the members had already started. When I heard it, I thought it was a good fit. The very first thing I thought was that if we worked hard on it, we could most likely pull it off perfectly.”

After a performance of their track “Sunrise,” they were asked which member seems the most different on stage versus off stage.

Han Seung Woo explained why he chose Hanse by saying, “He has an intense aura and he’s a powerful rapper, but once you get to know him, he’s a really soft-hearted guy. He’s very sensitive and does a lot of cute things. He’s like a puppy.”

Subin also described how Sejun looks like a cold guy on stage but transforms into his cute self backstage. 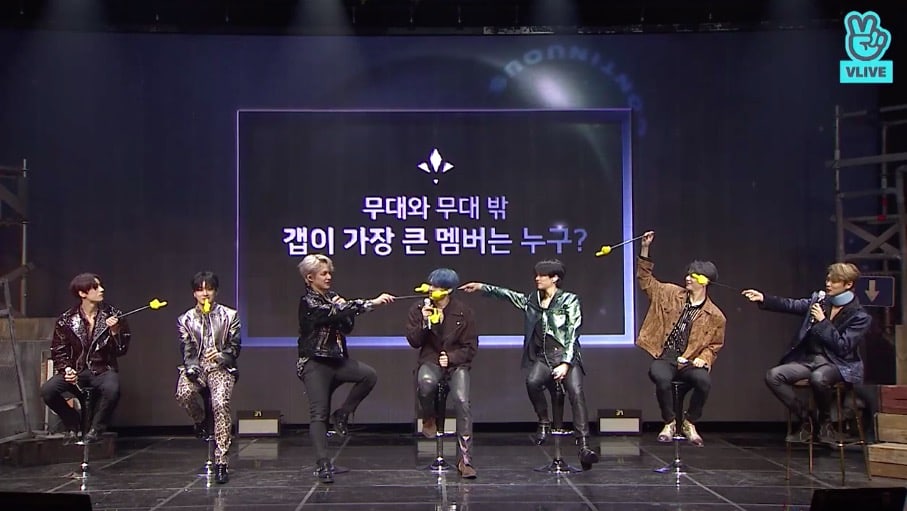 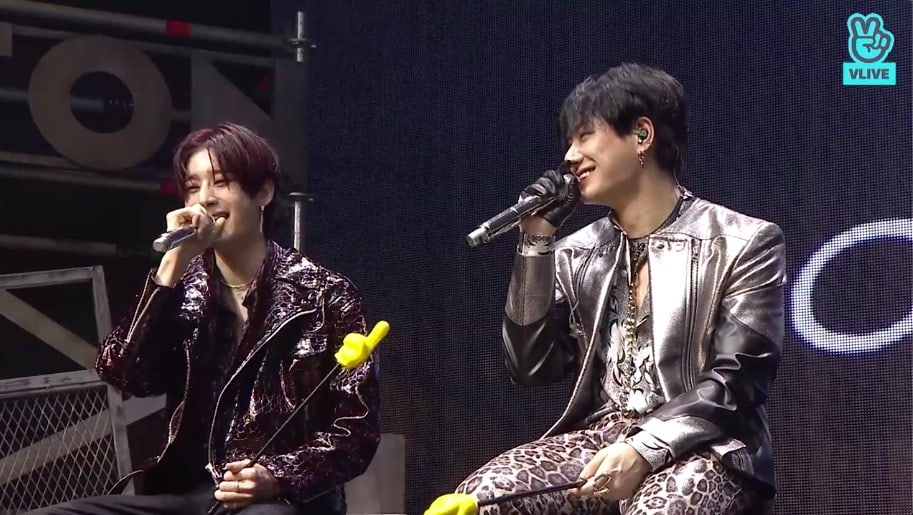 When asked to pick the most talkative member, Chan got the most votes. Chan jokingly insisted that he’s really a quiet person, before Sejun said, “On the way here, I was in a car with Chan, Seungwoo, and Byungchan. Chan didn’t stop talking the whole way.” Chan laughed and explained that it was because it was their first time performing without an audience and he was worried about it, but it was going better than he’d expected. 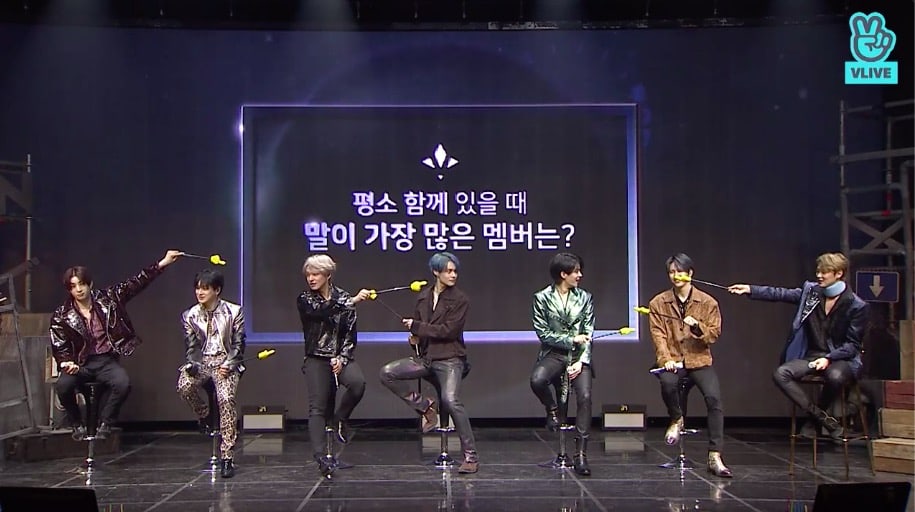 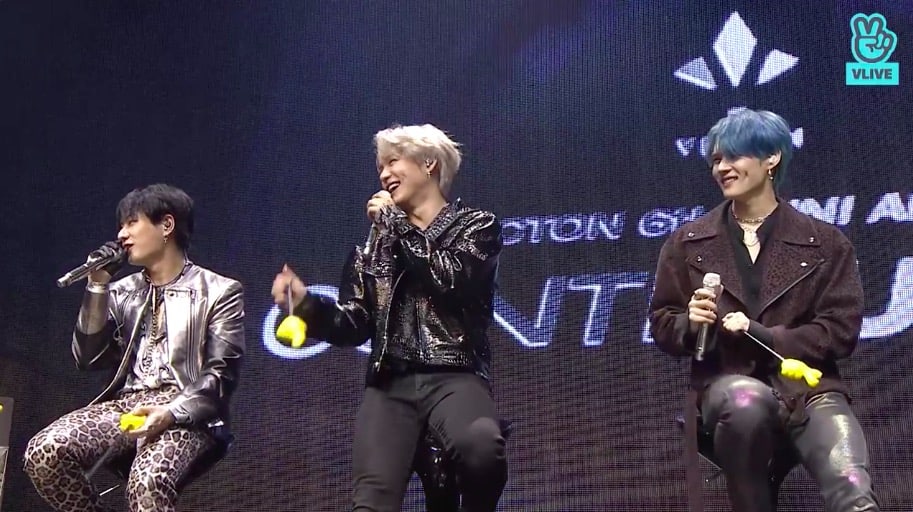 As they wrapped up the showcase, the group was asked to come up with a promise for if they win first place on a music show. Subin suggested that Hanse suggest something, since he’s “most like a werewolf” in the group.

Hanse said, “If we come in first with ‘Howling,’ then we’ll wear werewolf headbands and perform with our parts switched as our encore.”

Byungchan, who had to perform while seated for the showcase because of a neck injury, also shared his disappointment and apologized to fans, as well as promised to get better soon.

Check out their comeback MV for “Howling” here!