Watch: BTS Takes 11th Win For “ON” And Triple Crown On “Music Core”; Performances By ITZY, NCT 127, VICTON, And More

BTS took home the win with 8,038 points, making this their 11th win for “ON” and earning them a triple crown on the show as they have now won three times on the same music show with the same song. 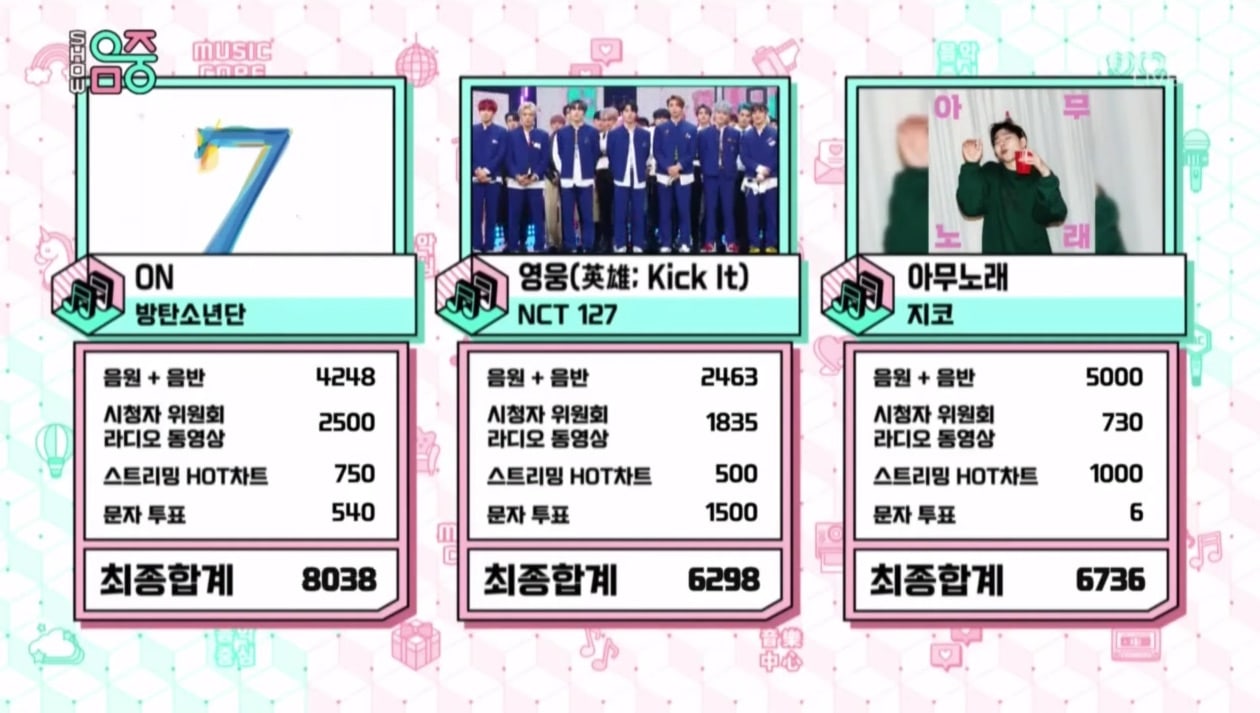