First Impressions: 5 Things That Made The Premiere Of “Memorist” Memorable

“Memorist,” a drama based on a hit webtoon of the same name, premiered to strong ratings a few days ago. And it’s certainly no wonder, given how well everything was done, from the interesting characters, to the solid acting, to the intriguing storyline — all of these really made for a slick, memorable premiere.

Yoo Seung Ho plays Dong Baek, a detective who has the ability to read people’s memories whenever he touches them. He discovered these abilities in his teen years, and has since gone public with them, undergoing scientific testing and all that, proving that these abilities of his are very real. He then chooses to enter the law enforcement profession, wanting to use his skills to catch bad guys, as well as some personal yet to be disclosed reasons. Together, with criminal profiler Han Sun Mi (Lee Se Young) and their respective teams, they work together to track down bad guys and bring them to justice.

Let’s take a look at some of the reasons that made the premiere so enticing.

The superpowered cop with a human touch 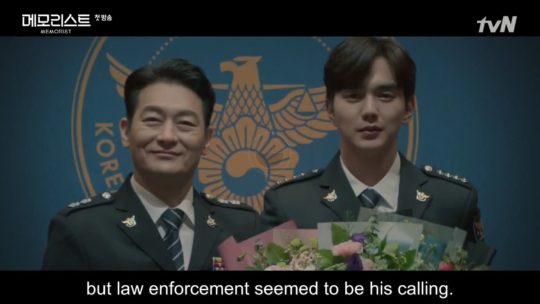 I don’t know how you imagined Yoo Seung Ho’s character, Dong Baek, to be, but I expected him to be slick, composed, and even a little hardened, especially given his childhood trauma (yes, of course there’s a childhood trauma involved). But to my delightful surprise, we see so many different layers of Dong Baek during the premiere episodes, and plenty of them are of him behaving unsuave. He bawls when he gets suspended, he bawls again when he gets a fan letter, and he embarrassingly gets sighted while trying to avoid a superior. For someone who has telepathic superpowers, I love that we see such flawed, human sides of him, making him so much more accessible as a character.

That being said, there’s something just as alluring about Dong Baek when he turns on the intensity. You know he’s dead serious about seeking justice and you wouldn’t want to mess with him. We see him kick ass in some beautifully choreographed action scenes, as well as put his telepathic abilities to good use while tracking down the serial murderer. Yoo Seung Ho also does beautifully in dramatic scenes, so I’m already looking forward to him unleashing all his raw emotions on us.

The lone woman in a sea of men 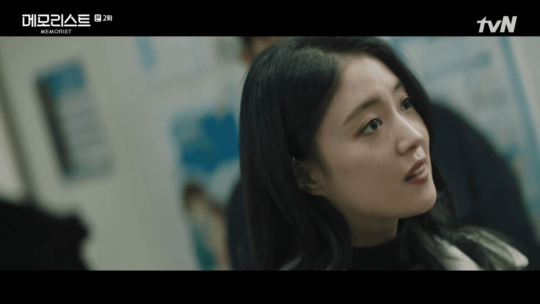 Han Sun Mi is someone who would totally belong in our recent article about strong, independent women. She’s a senior superintendent and is the youngest to have been promoted to such a position. She’s smart, has a keen eye for details, and completely holds her own against men older and/or more powerful than her. Even when threatened by a prosecutor, she doesn’t back down, but instead astutely figures out why the prosecutor is coming down on her team hard, and from there, she’s able to connect the dots and determine who the suspect could be. 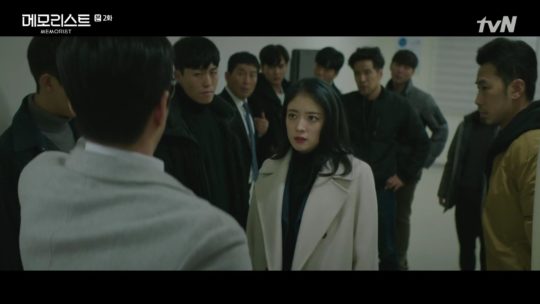 Try counting the number of men in this shot. Oh, and there’s also another one lying on the hospital bed out of frame.

Lee Se Young portrays this genius profiler well (though Korean dramas really do overuse the word “genius”), and though she looks younger than Sun Mi’s age of 31, she holds herself with enough authority and conviction that you won’t doubt her ability to command a room.

The supporting characters who bring the charm

“Memorist” has a pretty deep well of veteran actors filling in the roles of older characters, and the drama certainly benefits from having them ground their younger actors. These veteran actors add layers of intrigue to the storyline. You can’t tell where their loyalties truly lie: are they the good guys, are they corrupted, or are they merely pawns to their own superiors?

The relationship with Dong Baek, Koo Kyung Tan (lovingly dubbed “Old man” by Dong Baek, played by Go Chang Suk), and the rookie, Oh Se Hoon (Yoon Ji On) is especially enjoyable. They have a fun dynamic to them and even though there’s a clear hierarchical structure here (their ranks and ages are all different), they exude such brotherly chemistry that the food chain swings both ways.

Props also has to be given to the directing and cinematography. It’s more noticeable for historical dramas to look “pretty,” what with their sweeping landscapes and such, and so we rarely give as much attention to contemporary dramas, especially in the thriller/action genre. But this drama really does look (and sound) good. One scene particularly jumped out, where Dong Baek comes across Ye Rim’s mother handing out flyers. Everything about this scene just feels like it belongs on the big screen: it’s a quiet, wordless scene, but everything from the muted color palette to the (lack of) lighting, to the building emotions of fear and helplessness… everything is just *chef’s kiss*.

The same can be said about the ending part in episode 2, where Ye Rim [SPOILER ALERT] manages to escape and she is basked in the warm glow of the setting sun. Her, and our, subdued exhilaration is cut short when she hears the crunching of leaves behind her. She turns around to see a hammer, practically glowing against the same warm sunset, in a beautiful juxtaposition of hope against anguish.

Also, how good was Kim Ji In (“Extraordinary You“) in this scene? I’m so glad we got to see her do more than just cry in a corner!

Without giving too much away, the premiere episodes focus on the good guys trying to track down a serial killer-slash-kidnapper. The case gradually builds up suspense, with enough interesting twists and bait-and-switches to keep viewers glued to the screen. The tone of the case is heavier than expected — there’s prostitution, suicide, murder, cult brainwashing etc. — but it certainly makes for a meatier storyline. 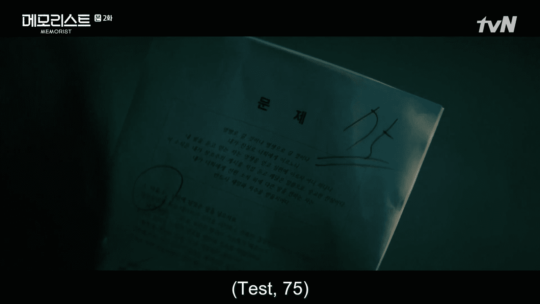 A cult that forces you to take an exam on its doctrines? Talk about horror! *shudders*

The second part of episode 2 shifted the focus onto the kidnapped girls. It even plays like a horror movie and I was definitely feeling jumpy throughout. By focusing on the girls and not showing what the good guys were up to, we undoubtedly were made to feel their desperation on a deeper level, not knowing whether the good guys would make it in time.

Speaking of time, I also loved how the episode ended on a cliffhanger. Many a times, while watching these type of cop shows, we are more or less able to guess how things go by how much time is left in the episode. But with these first few episodes structured like a long movie broken across many episodes, it only adds fire to the tension and has the us wanting more!

We are also given a little taste of an ethical debate, where human rights activist groups are against Dong Baek’s use of his telepathic powers. Him using his powers on unsuspecting people is obviously a breach on human rights (I would not want my memories to be read, thank you very much), so hopefully the drama digs deep into this topic without skirting around it or romanticizing it. After all, our hero needs to be put through the wringer for him to emerge a true hero, amirite?

How did you find the premiere episodes of “Memorist”? And are you swooning every time you hear Yoo Seung Ho’s deep voice? Let us know in the comments below!

Belinda_C enjoyed “Memorist” way more than she expected to! Yay for good quality dramas! She also hopes every one stays safe (and sane) during these worrying times. Talk SEVENTEEN with her on Twitter!