Gaon Chart has revealed its chart rankings for the week of March 15 to 21!

NCT 127’s second studio album “Neo Zone” returned to No. 1 on this week’s physical album chart, followed by BTS’s “Map of the Soul: 7“at No. 2 and WayV’s “Take Over The Moon – Sequel” at No. 3. Meanwhile, gugudan’s Kim Sejeong’s first solo mini album “Plant” and DPR Live’s “Is Anybody Out There?” rounded out the top five for the week, entering the chart at No. 4 and No. 5 respectively. 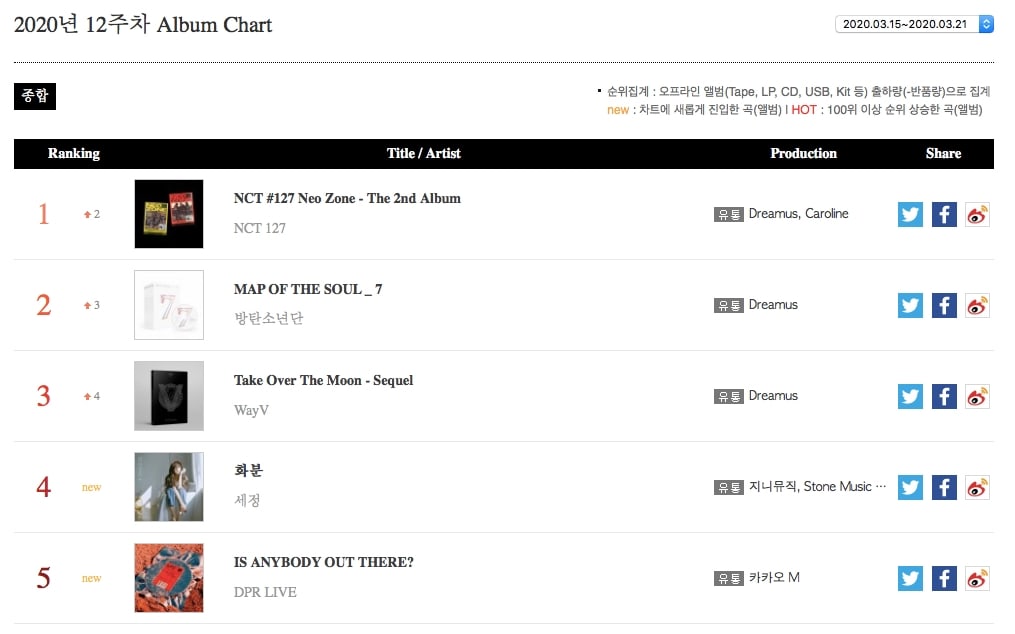 Gaho’s “Start” (from the OST of JTBC’s “Itaewon Class”) earned a triple crown this week after sweeping all three of Gaon’s digital charts. The song claimed No. 1 on the overall digital chart, the digital download chart, and the streaming chart for the week.

The “Itaewon Class” OST dominated this week’s overall digital chart: not only did Gaho’s “Start” chart at No. 1, but IU’s “I Give You My Heart” and Kim Feel’s “Someday, The Boy” took No. 3 and No. 5 for the week respectively.

Block B’s Zico’s long-running hit “Any Song” stayed strong at No. 2 this week, while BTS’s latest title track “ON” came in at No. 4. 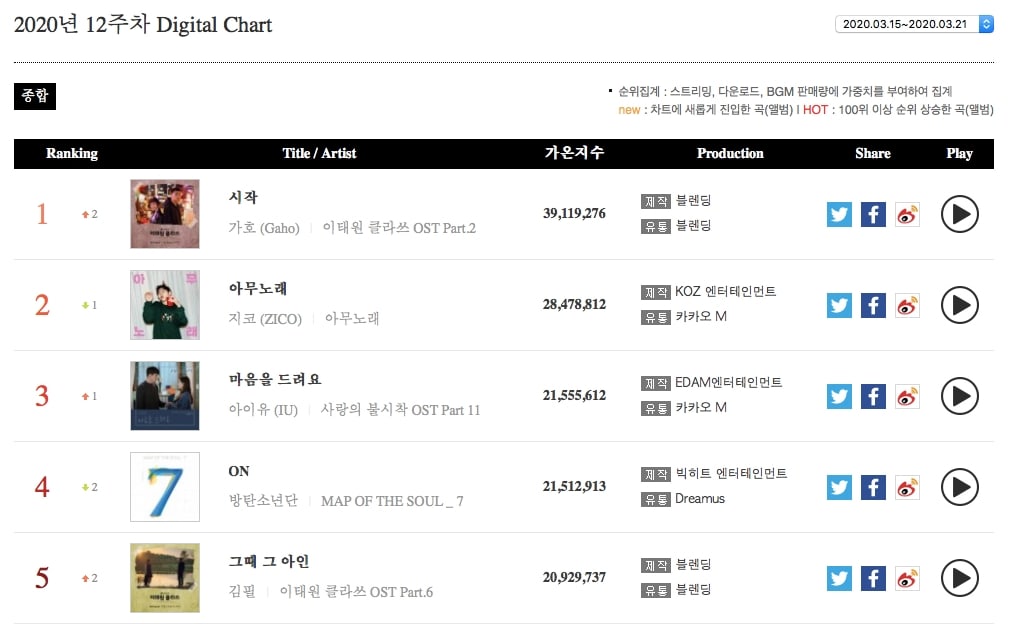 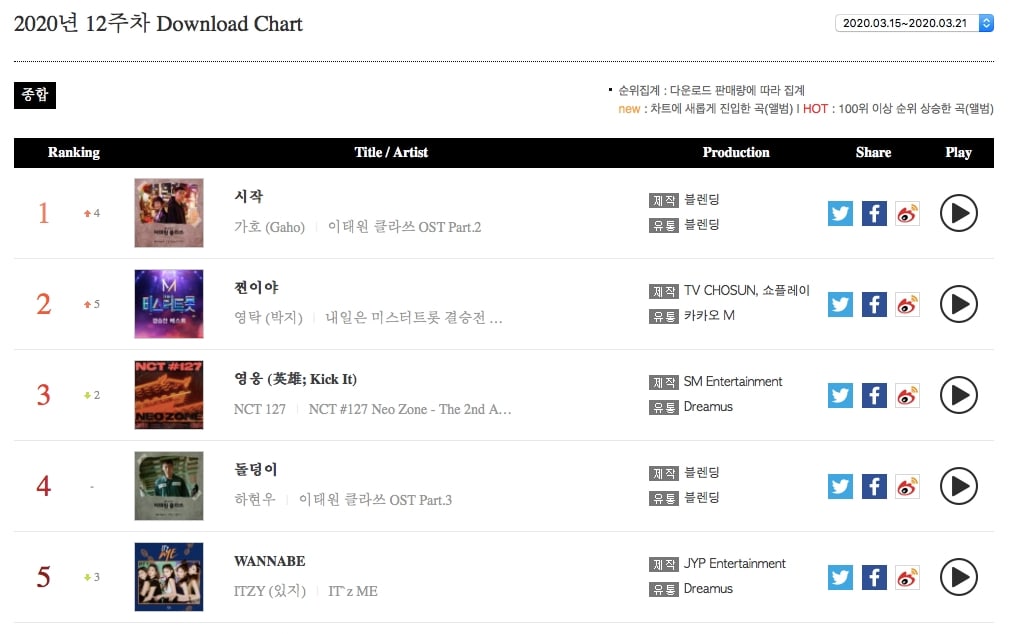 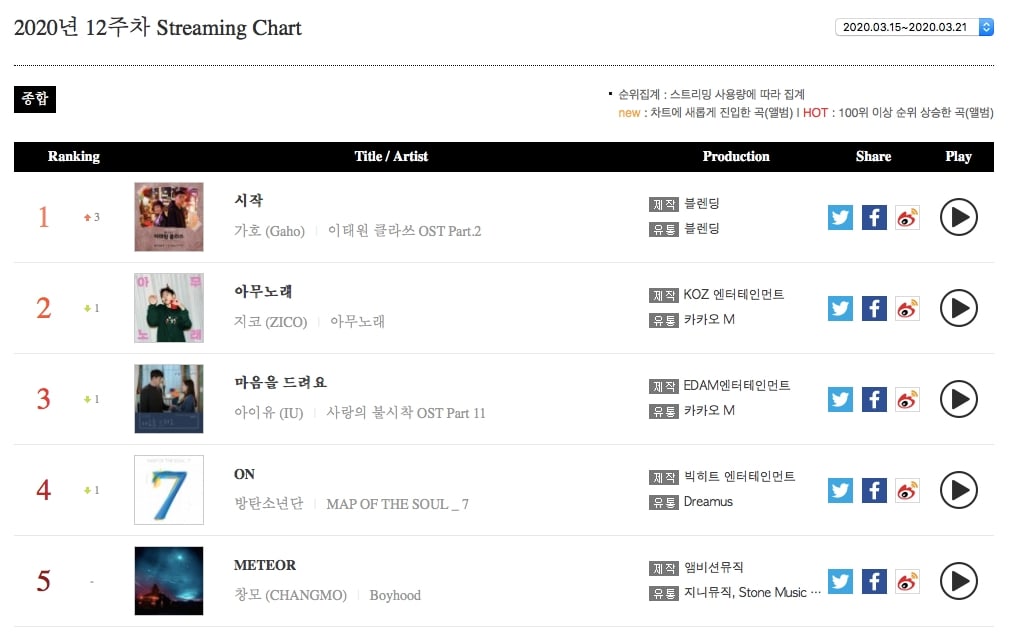 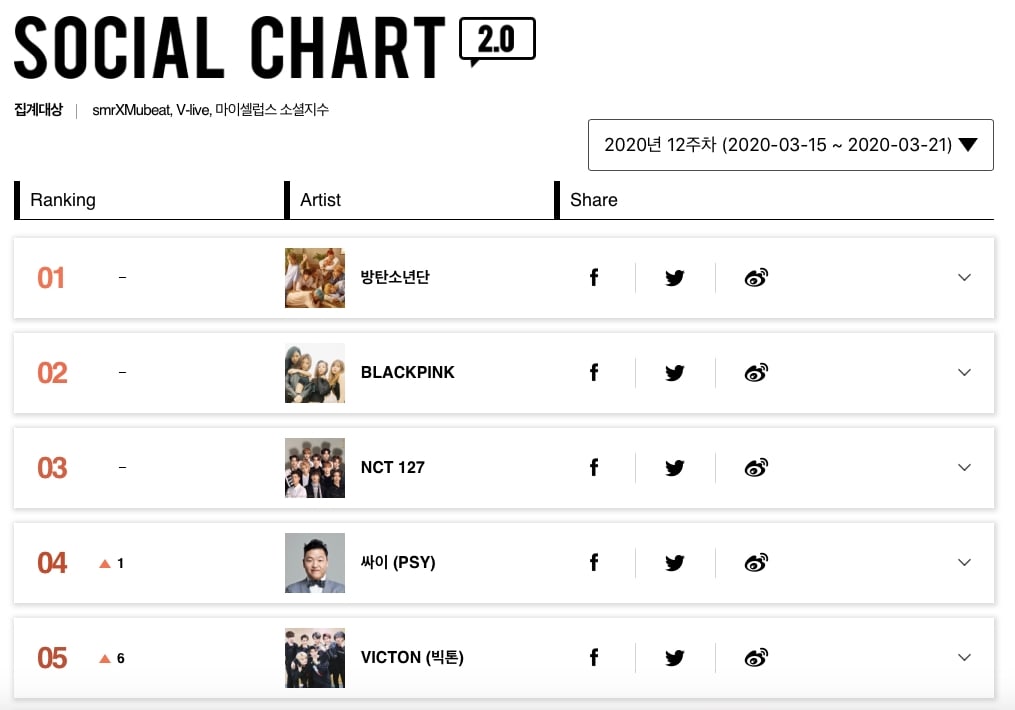