Gaon Chart has revealed its chart rankings for the week of March 22 to 28!

Kang Daniel has achieved a triple crown while Gaho takes double crown this week! Kang Daniel has topped the album chart, download chart, and BGM chart (calculated based on song purchases for use as background music for blogs and KakaoTalk profiles), and Gaho continues to stay at the top of the digital chart and streaming chart. 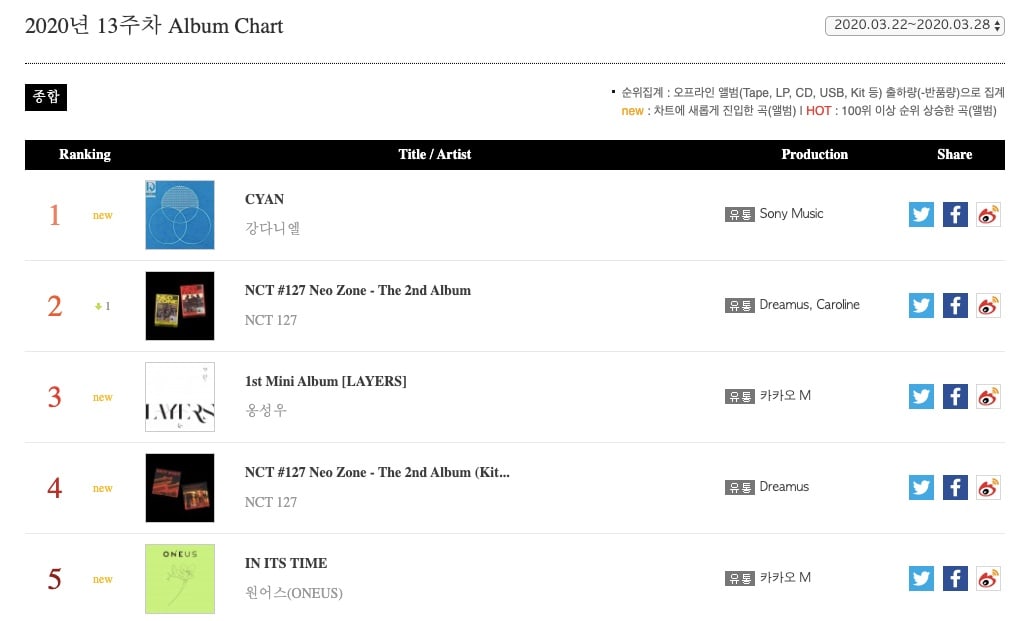 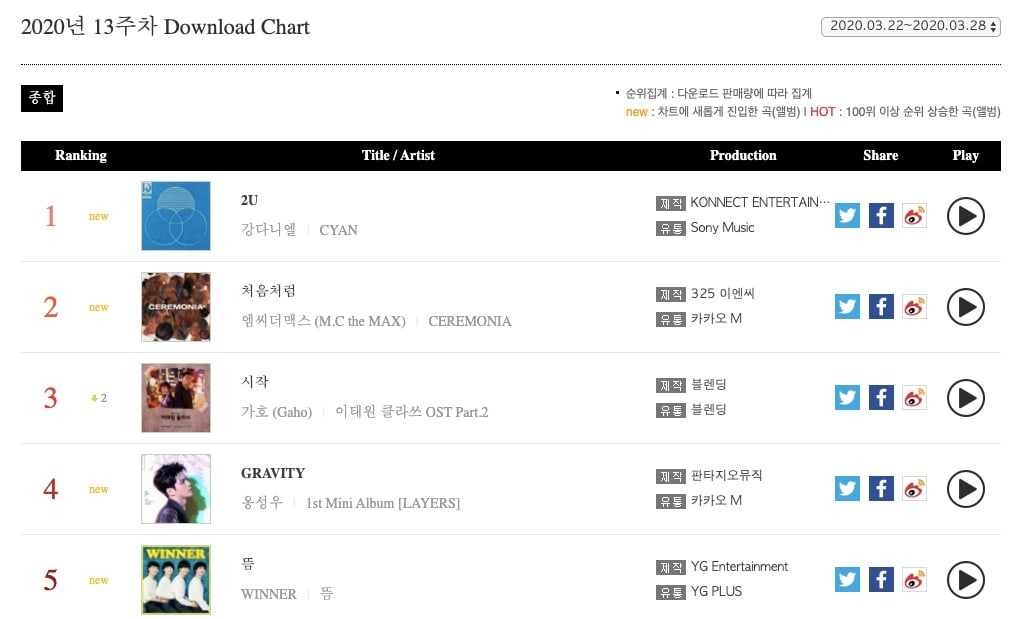 The overall digital chart and streaming chart for the week are identical. Gaho’s “Start” and Zico’s “Any Song” guard the top of the charts, while Kim Feel’s “Someday, The Boy,” Ha Hyun Woo’s “Diamond,” and Jang Beom June’s “Your Shampoo Scent in the Flowers” (OST for JTBC’s “Melo is My Nature“) rose to third, fourth, and fifth places. 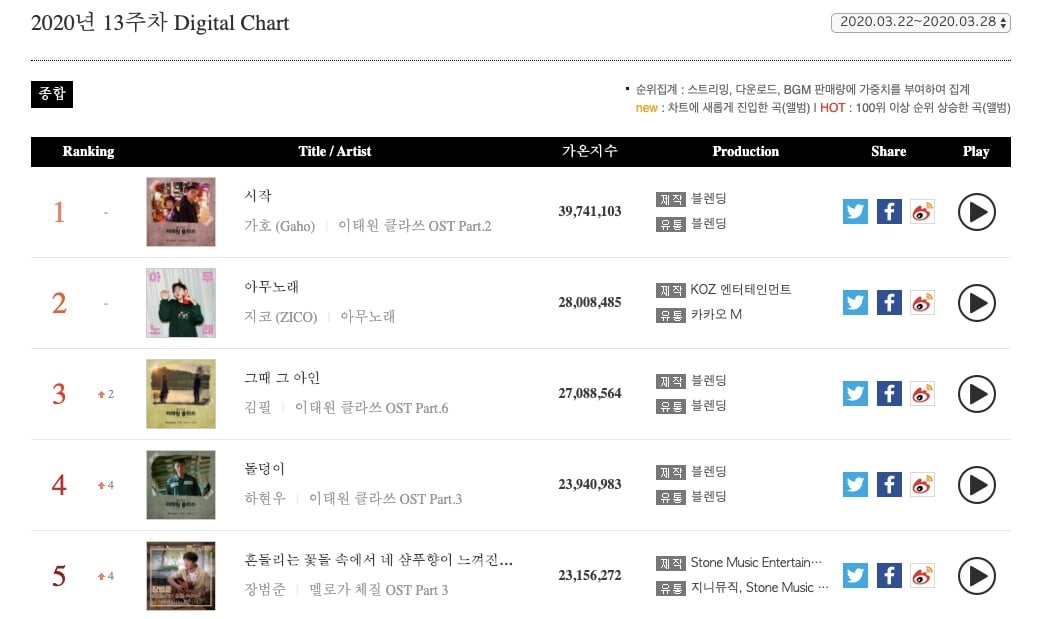 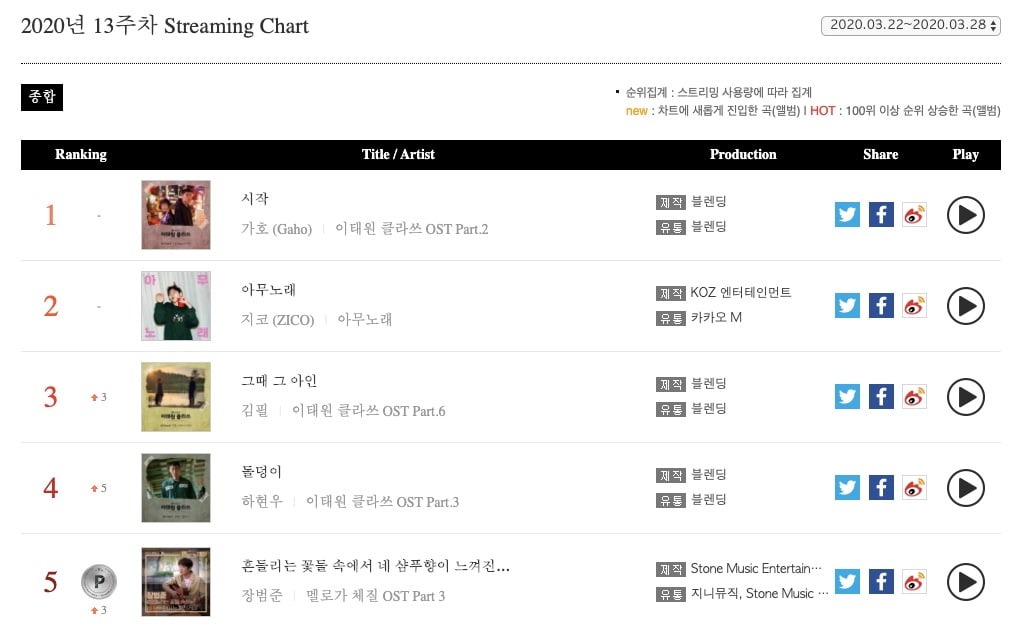 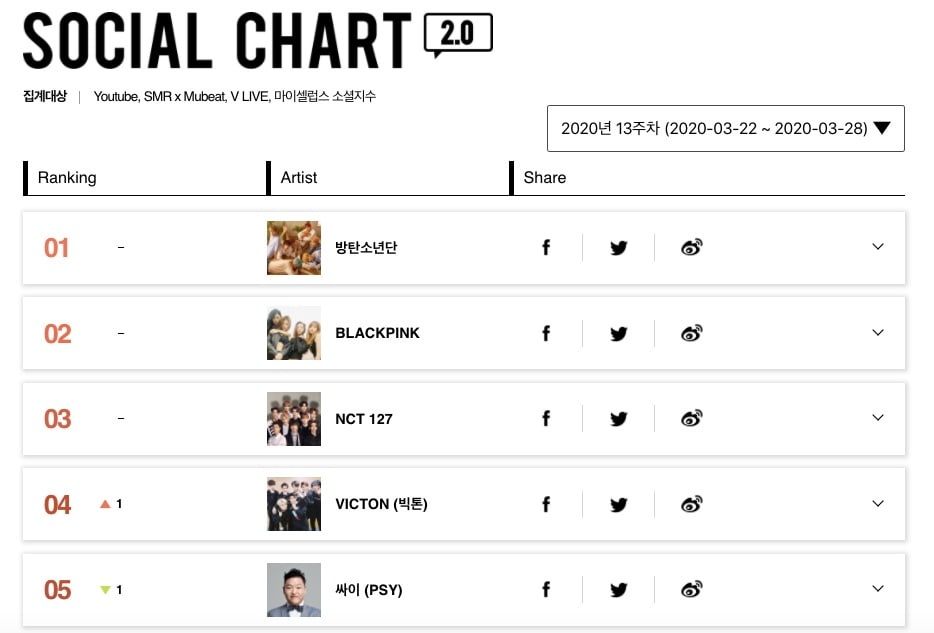 *This article previously excluded Gaon’s weekly BGM chart from the calculation of number of charts topped by each artist. The retail album chart, singing room chart, bell chart, and ring chart are excluded.