Jang Jae In has seemingly responded to Nam Tae Hyun’s recent comments about his past cheating scandal.

Jang Jae In and Nam Tae Hyun went public with their relationship in April 2019 after meeting on the variety show “Studio Vibes.” In June 2019, Jang Jae In accused Nam Tae Hyun of cheating on her. In response, Nam Tae Hyun shared a handwritten apology. Later, the two of them publicly made amends.

On April 1, 2020, Nam Tae Hyun appeared on a YouTube show on the channel “Podbbang Maebul Show Official,” where the hosts asked him about his past cheating scandal with Jang Jae In.

Nam Tae Hyun responded, “It wasn’t cheating. It’s true that I was the cause of the breakup. But I met the other person while we were broken up. In any case, I’m sorry that they were hurt because of me. Through that incident, I learned how precious people are. These days, I’ve been living almost like a monk at home.”

On April 2, Jang Jae In took to Instagram Stories and wrote, “Let’s live honestly. Don’t lose sight of the future by becoming tangled up in the past. Everyone tells me to endure it, not to get involved, but why do I have to endure such mean lies?” 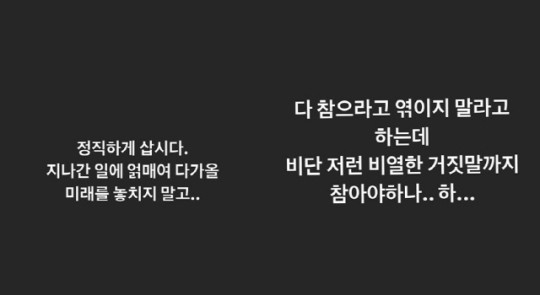 Later, she shared a video of herself rehearsing and wrote, “I’m okay. I’m working on my album. If you say something unbelievable one more time or involve me in any way, I will issue a strong response on the level of my agency. Thanks, everyone. Thanks to this ensemble, I’ve calmed down.”

On April 3, Jang Jae In modified the caption on the video. The parts about working on her album and her intention to pursue a legal response remain the same, but she added, “Stop it… How can someone be okay like this… I thought I was doing well, but I’m in hell again. Through difficult days, I fight with myself, looking for any good way in which I can survive. This is how I live. Please stop this…”

On Instagram Stories, she wrote, “Please stop… I’m at my limit too. I’m so tired.” 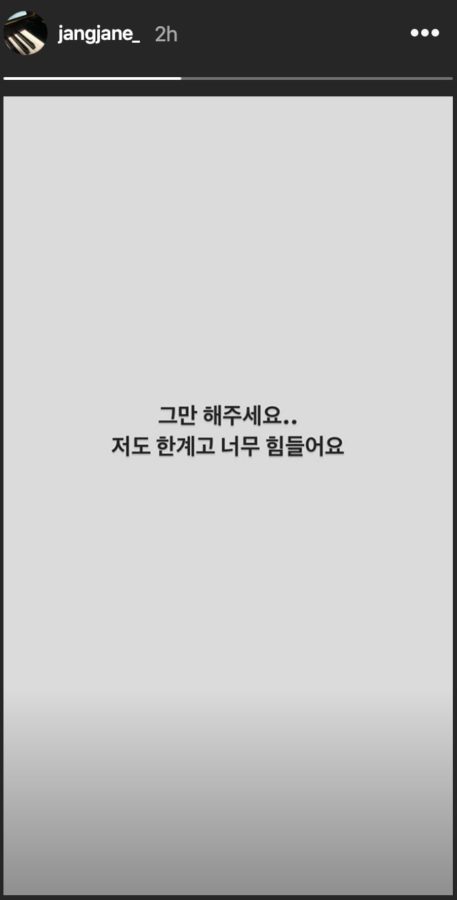 Nam Tae Hyun
Jang Jae In
How does this article make you feel?