TVXQ’s Changmin Talks About Why He And Yunho Are Like A Married Couple, Working With Chungha, And More

TVXQ’s Changmin recently discussed his Korean solo debut and his bond with Yunho!

During the show, Changmin spoke about his bandmate Yunho. He shared, “I felt his absence a lot this time. I think of him when I’m recording and when I’m performing. I think that I’ve been relying on him a lot without even noticing.”

When asked what Yunho means to him, Changmin responded, “It’s a corny answer, but he’s like family. Although you are very close with family members, you are not always together and you argue sometimes. Despite that, I believe that the people who always believe in you are family.”

He continued, “If you think of TVXQ like a family, we are like a married couple. After raising our kids and nearing our prime, we are a couple who want to spend some time to ourselves. I believe I play the role of the wife.” 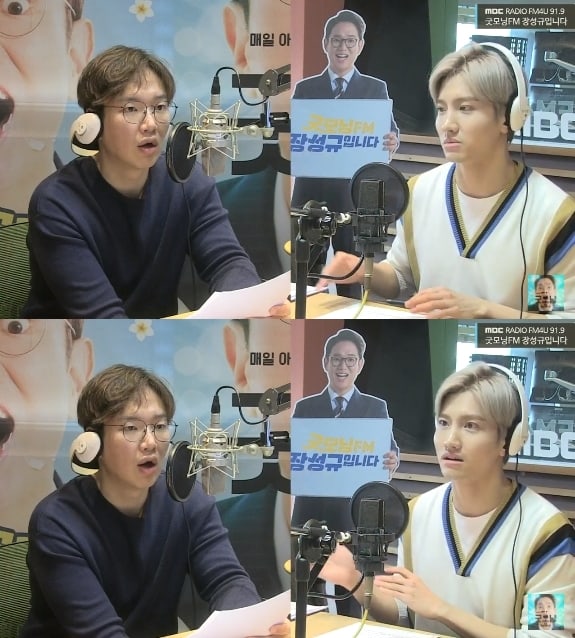 Changmin also spoke about his solo debut and whether he felt pressured. He explained, “I didn’t feel pressure because I didn’t feel like a lot of people were expecting something new from me. I thought that the people who liked me would appreciate anything I did. I wanted to comfortably share music I enjoyed, so I prepared without pressure.”

Changmin’s mini album includes a track that features Chungha. Regarding their collaboration, Changmin shared, “Although we don’t have any ties, I wondered what it would be like if she participated on the track. I carefully requested it through our agencies and she thankfully accepted, so our song came out well. If I get to meet her in person, I’d like to thank her. I’m thankful that she filled the song with her pretty voice.”

The singer also shared thoughts on marriage. He commented, “Rather than getting married very late, I want to get married at a good time when my soulmate appears.”

Changmin additionally commented on growing up with his fans, saying, “We have fans who were students and are now office workers and mothers. I feel astonished at how much things have changed. Although I’ve aged as well, I think about how they are also aging. Now, it feels like they’ve become my friends and colleagues.”