Gaon Chart has revealed its chart rankings for the month of March! 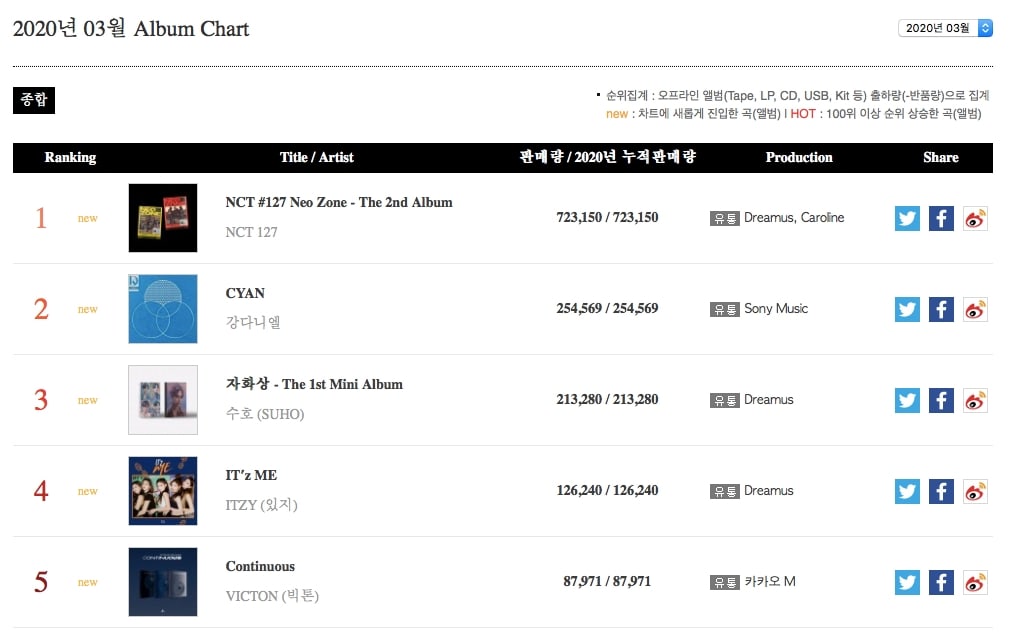 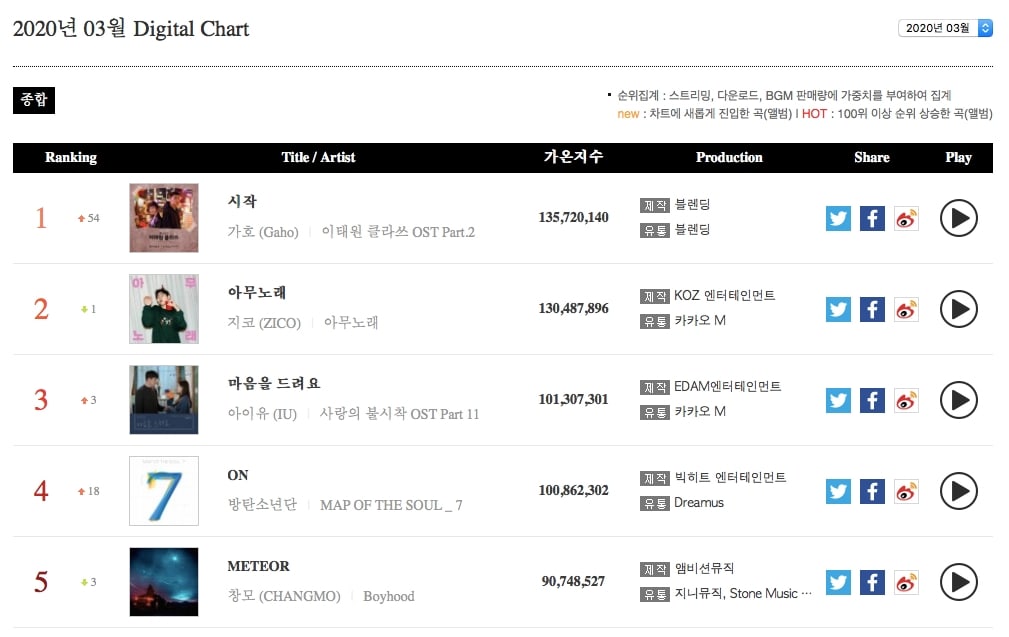 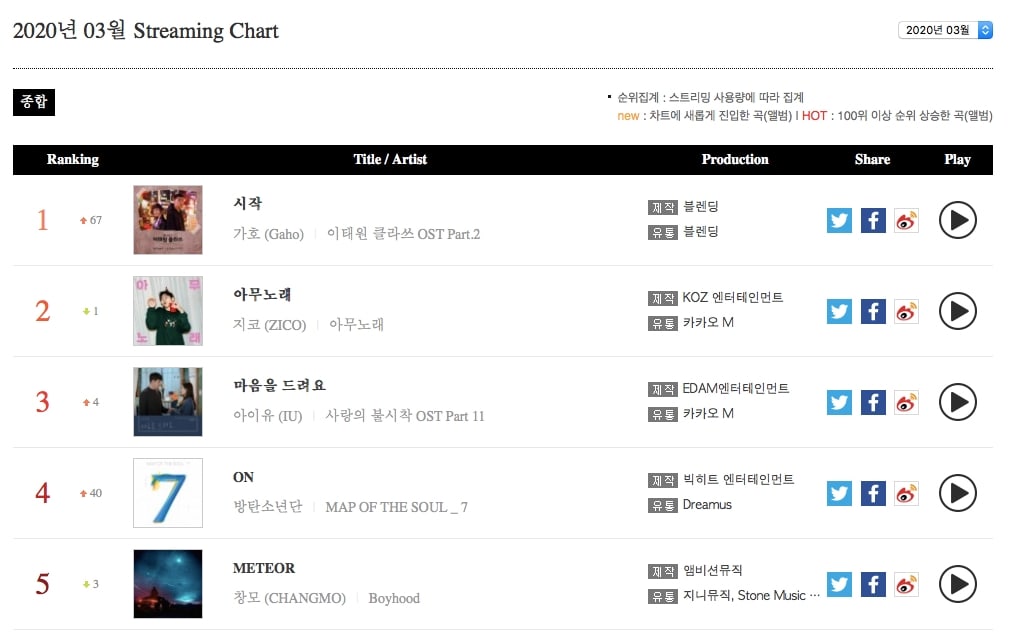 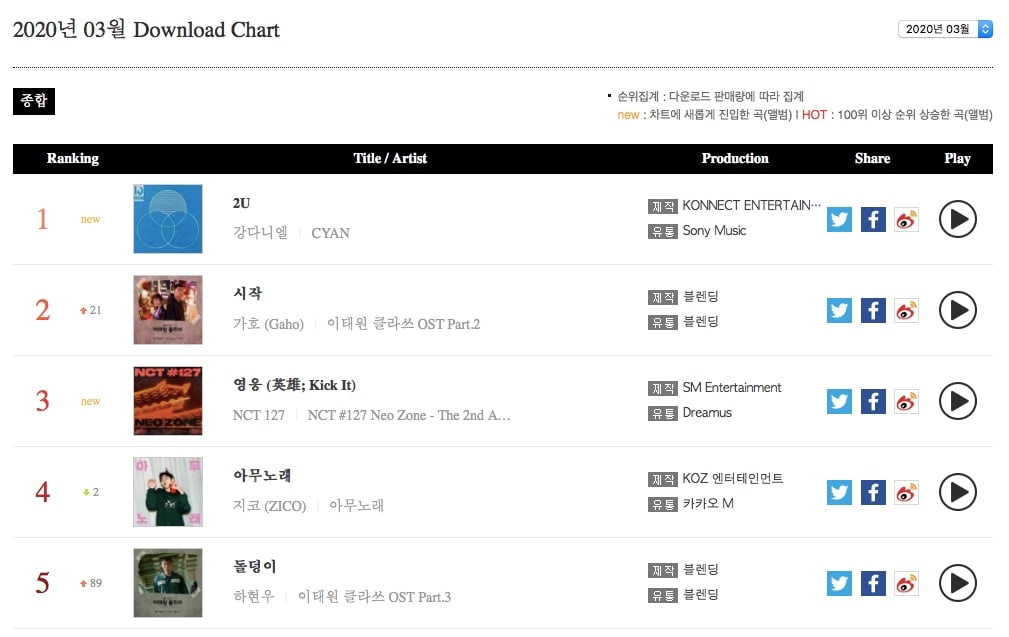 BTS held onto their spot at No. 1 on Gaon’s monthly “Social Chart 2.0” for the ninth consecutive month, while BLACKPINK similarly maintained their position at No. 2. NCT 127 shot up in the rankings to claim No. 3 for March, followed by VICTON at No. 4 and PSY at No. 5. 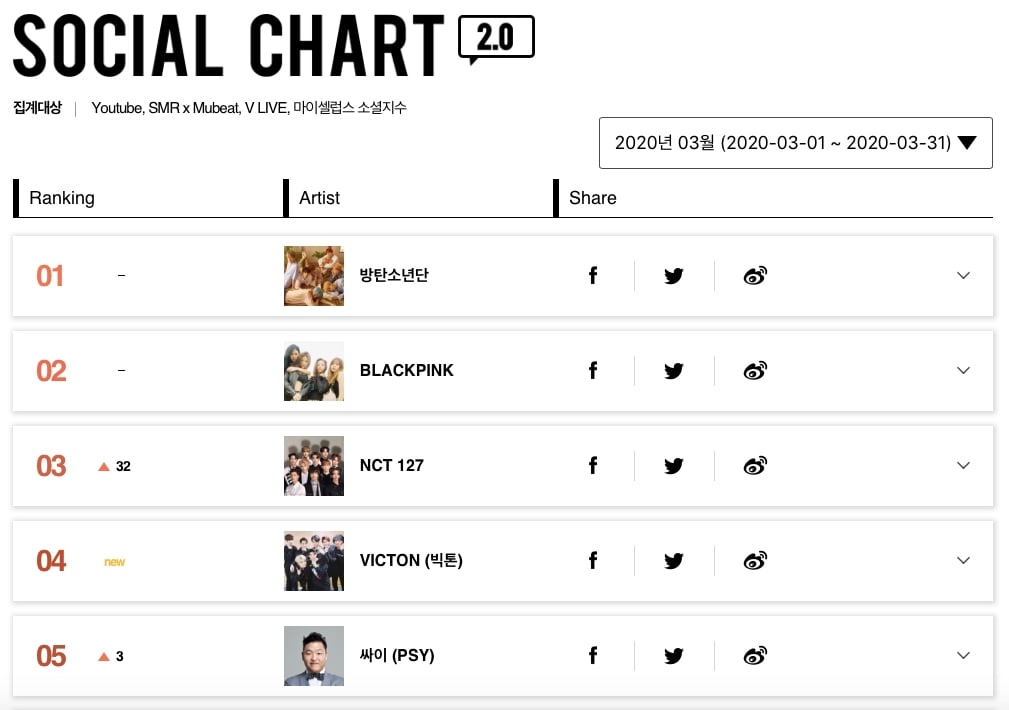