College classmates Lee Kwang Soo and Song Jin Woo weren’t afraid to get a little savage on the latest episode of “Running Man”!

Lee Kwang Soo immediately confirmed, “Yes, we went to college together,” and Song Jin Woo chimed in, “We were even in the same year.” 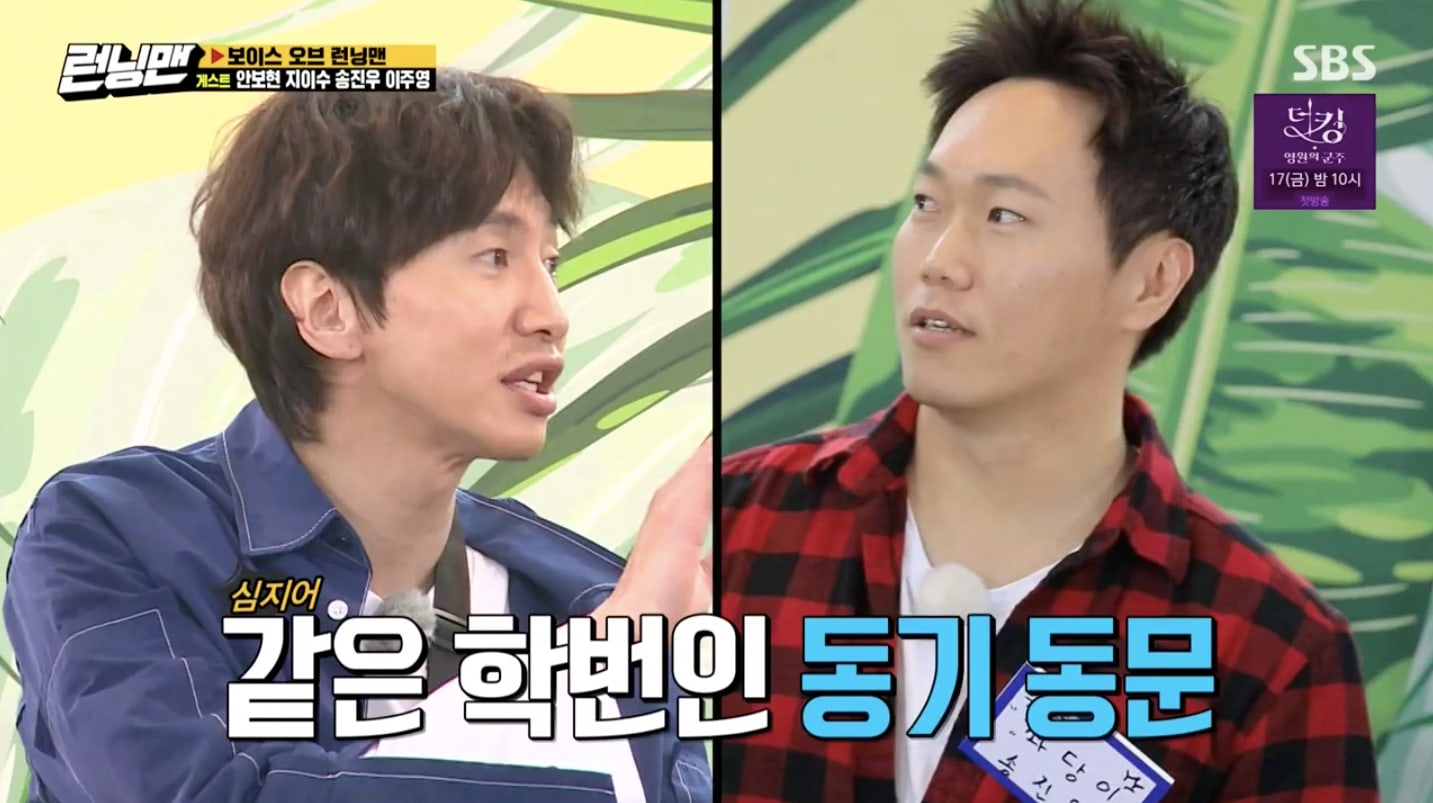 Things then took a savage turn as Yoo Jae Suk asked what Lee Kwang Soo had been like in college. Song Jin Woo cracked everyone up by replying, “This is just what I, personally, thought back then. But back then, based only on his outward appearance—since I didn’t know him—he looked like a thug.”

As everyone burst out laughing, Lee Kwang Soo jokingly fired back, “When I saw [Song Jin Woo] from afar, I thought to myself, ‘That guy’s definitely a thug no matter what.'” He went on to embarrass his classmate by revealing, “Back then, [Song Jin Woo] had a bob cut.”

Not to be outdone, Song Jin Woo laughed, “You shaved your eyes to make them really thin!” 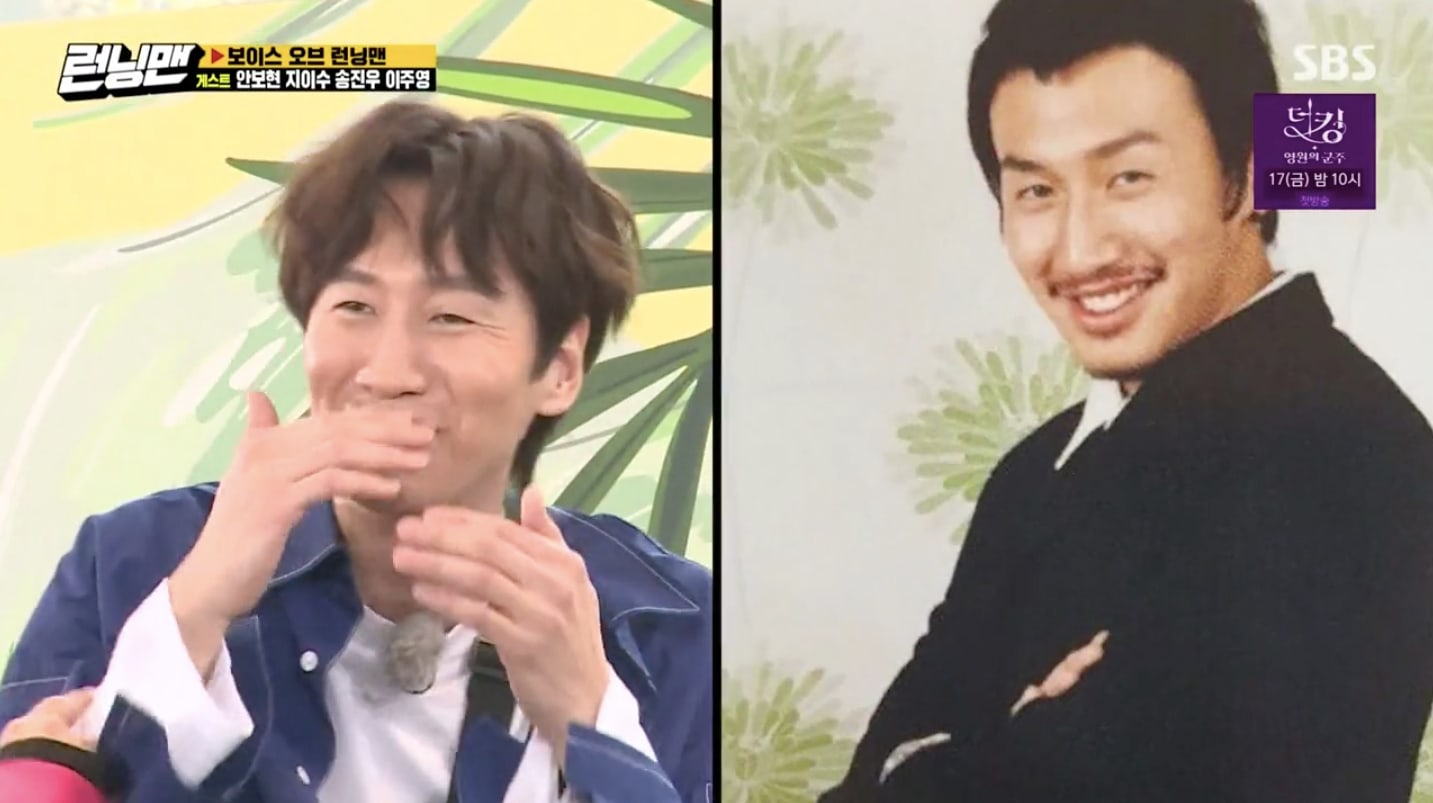 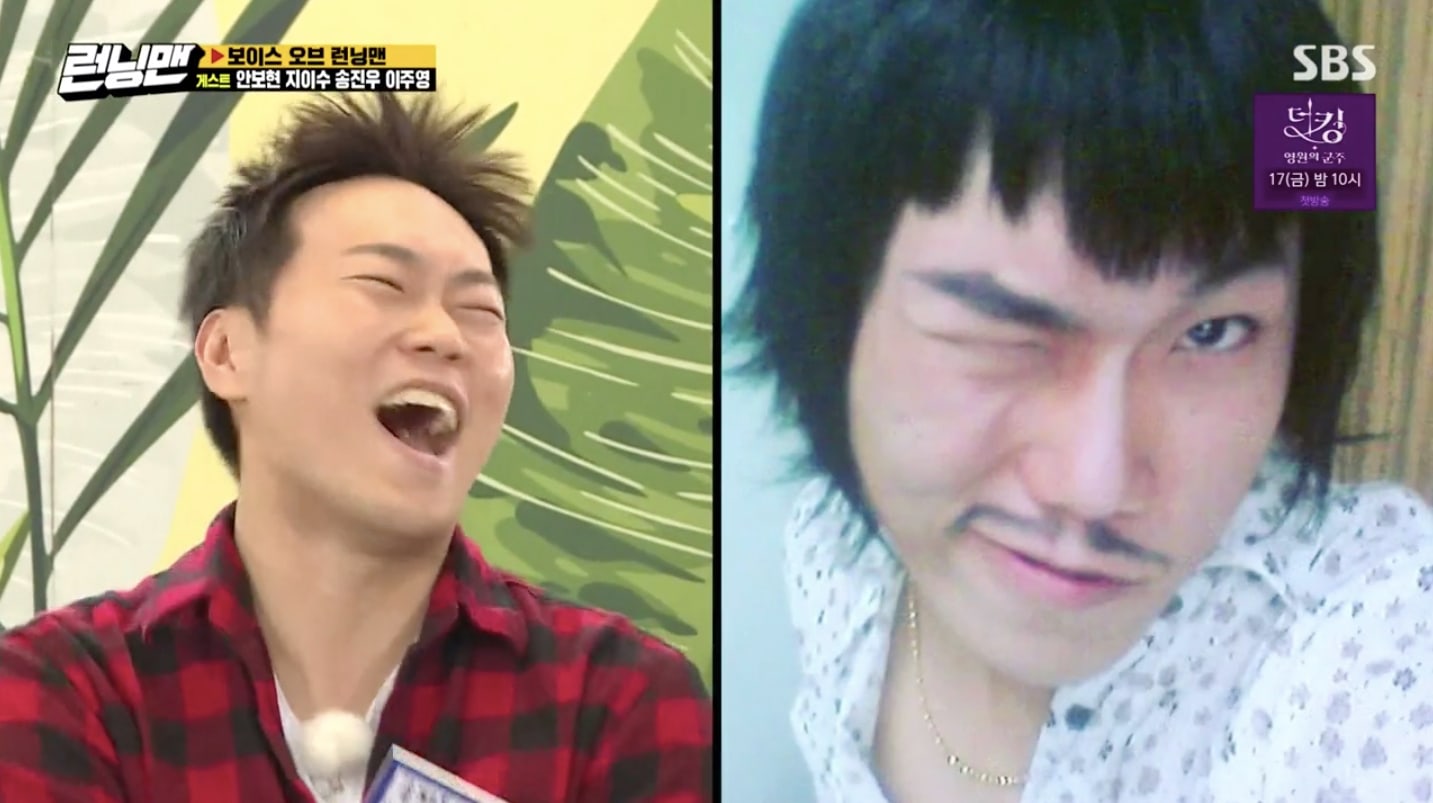 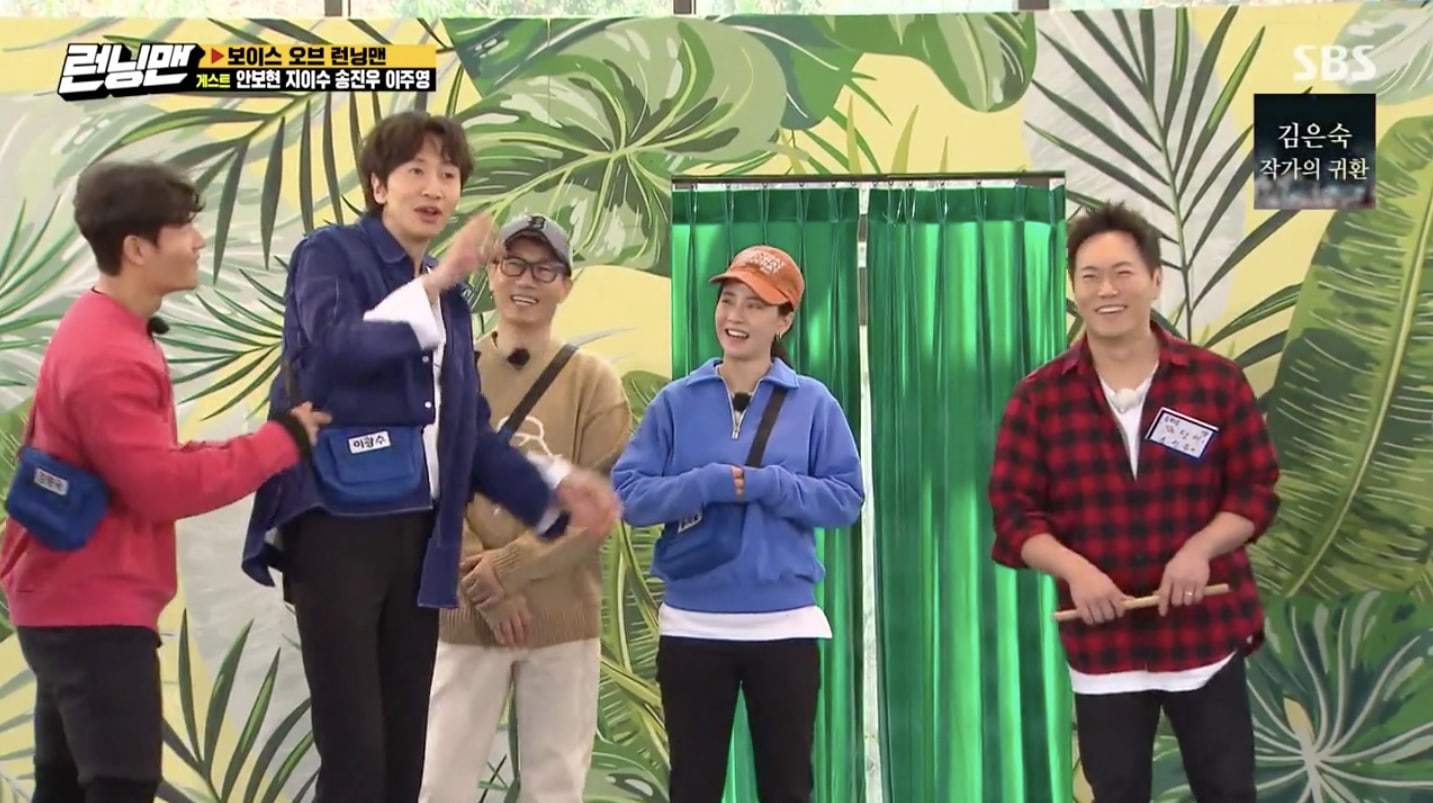 The musical actor jokingly added, “When we ran into each other, we’d bow politely and exchange greetings. But when I saw him from afar, I’d think, ‘Ugh, what a thug.'”