CRAVITY made their debut under Starship Entertainment, which is home to other artists like K.Will, Soyou, MONSTA X, and WJSN. When asked which labelmate they would want to ask to buy them a meal, Minhee said, “I actually asked MONSTA X’s Minhyuk if he would buy me a meal. I told him that I’d be willing to pay for it too since I’ve received so much from him, but the real reason I asked is because I want to get to know him more. When we are practicing, he brings beverages for us and then leaves.”

Serim added, “I would choose MONSTA X’s Joohoney. He gifted us with such a great song and he’s such a great rapper that I would want to eat with him.” Hyeongjun chose Jeong Sewoon and said, “We once lived in dorms together, but we never shared a meal, so I’d like to go eat something delicious with him.”

Seongmin said, “I’d pick K.Will. He’s such a big name in the industry and he has an approachable image. I’d like to go eat Korean food with him,” and Jungmo said, “I’d pick Joohoney and Minhyuk. They’d come to our practices to look over our choreography for us and buy us beverages.” 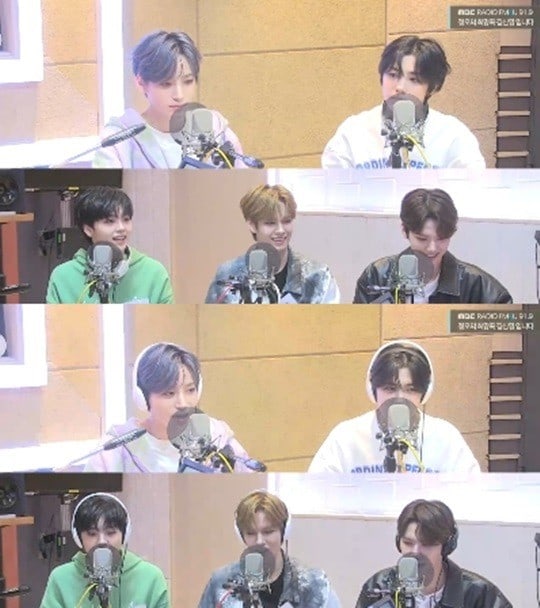 There was also a rapid fire Q&A session with the members to get to know them more. During the questioning, Serim chose BTS as the celebrities he’d most like to meet and he explained, “I really want to meet BTS’s V. I think expressions and gestures are so important on stage and he is so good at them. He’s my role model, I’ve learned a lot from watching him.”

CRAVITY is currently promoting their debut title track “Break All the Rules.”