PENTAGON Shares Insights Into How They’re Preparing For “Road To Kingdom,” Their Dreams, And More

PENTAGON talked about “Road to Kingdom,” their producing process, and more in an interview with the magazine Singles!

The members were asked what they’d plan if they could do something to commemorate their 20s. Hongseok replied that he’d like to go to a waterpark with all the members, while Jinho said he’s never taken on a trip on his own so he’d like to spend a week on Jeju Island experiencing a solitary life.

Yeo One commented, “We do a lot of photo shoots, but I think it will be important for us to leave behind meaningful photos like family photos. I want to take family photos with the members at a studio to mark our 20s, 30s, and 40s. Epik High did that, and I think it would be a special memory and a meaningful thing.” 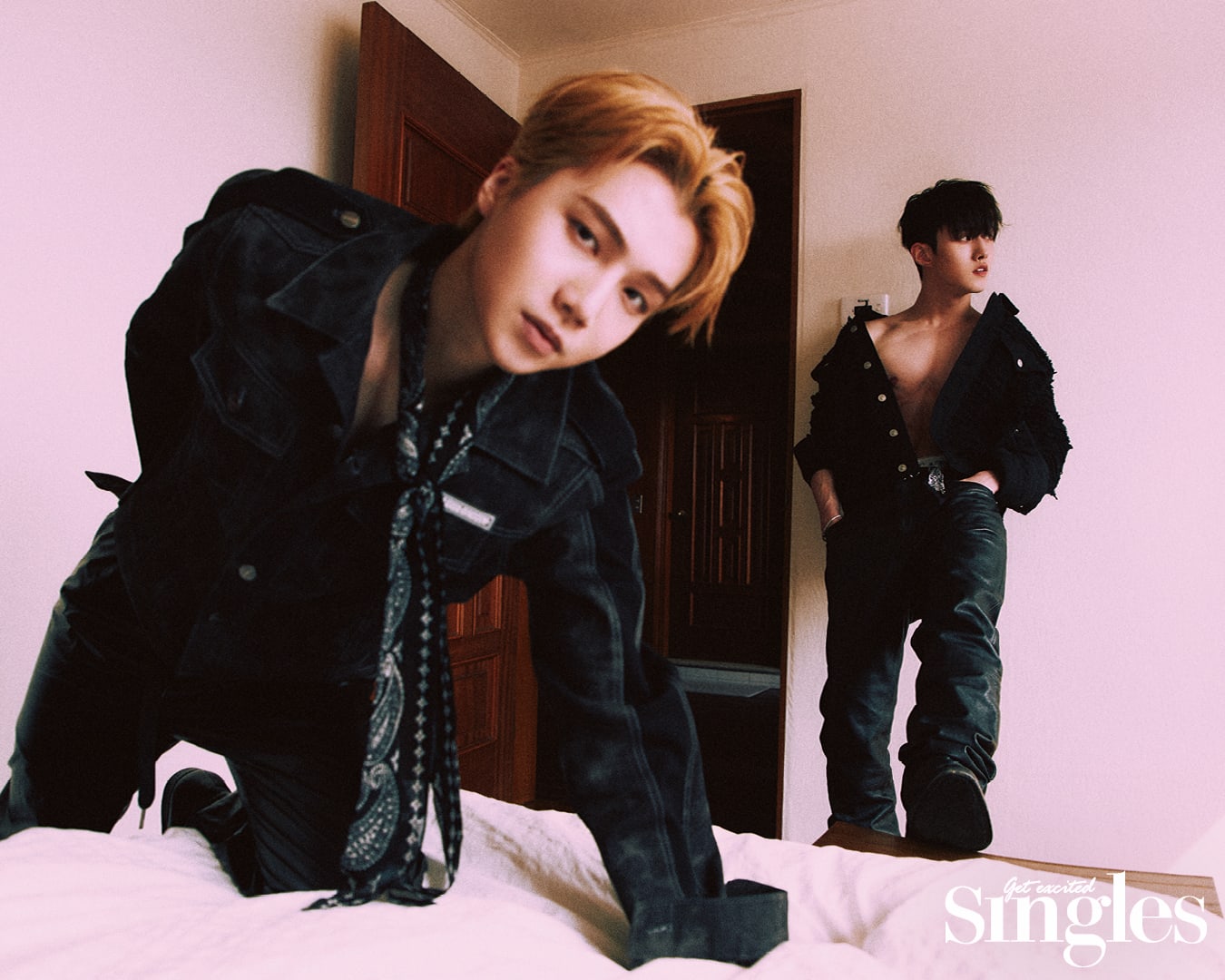 Yuto shared that he wants to someday take a trip around the world and ride a motorcycle while feeling the wind on his face, adding that he wants to do that with Hongseok who was sitting next to him.

Kino said, “I want to go free skiing on environmentally-friendly ski slopes on beautiful mountain ranges that were created by nature. I can imagine how happy I’d feel as I cut through the white snow on my skis.”

Wooseok described how his grandmother lives in village called TtangKkeut (“Land’s End”) in the county of Haenam. He said, “If the members want to, then I’d like us all to go there together and help out, and it would give me the opportunity to organize things and let go of what’s on my mind and my stress. Also, if you walk right out, the sea spreads out in front of your eyes, which I think would make me feel a sense of freedom.”

Hui said, “When I was young, I received a small fence so I made a weekend animal farm. Since I was born in the Year of the Chicken, I want to raise animals like chickens, ducks, and rabbits and tend to my own private weekend animal farm once a week.” 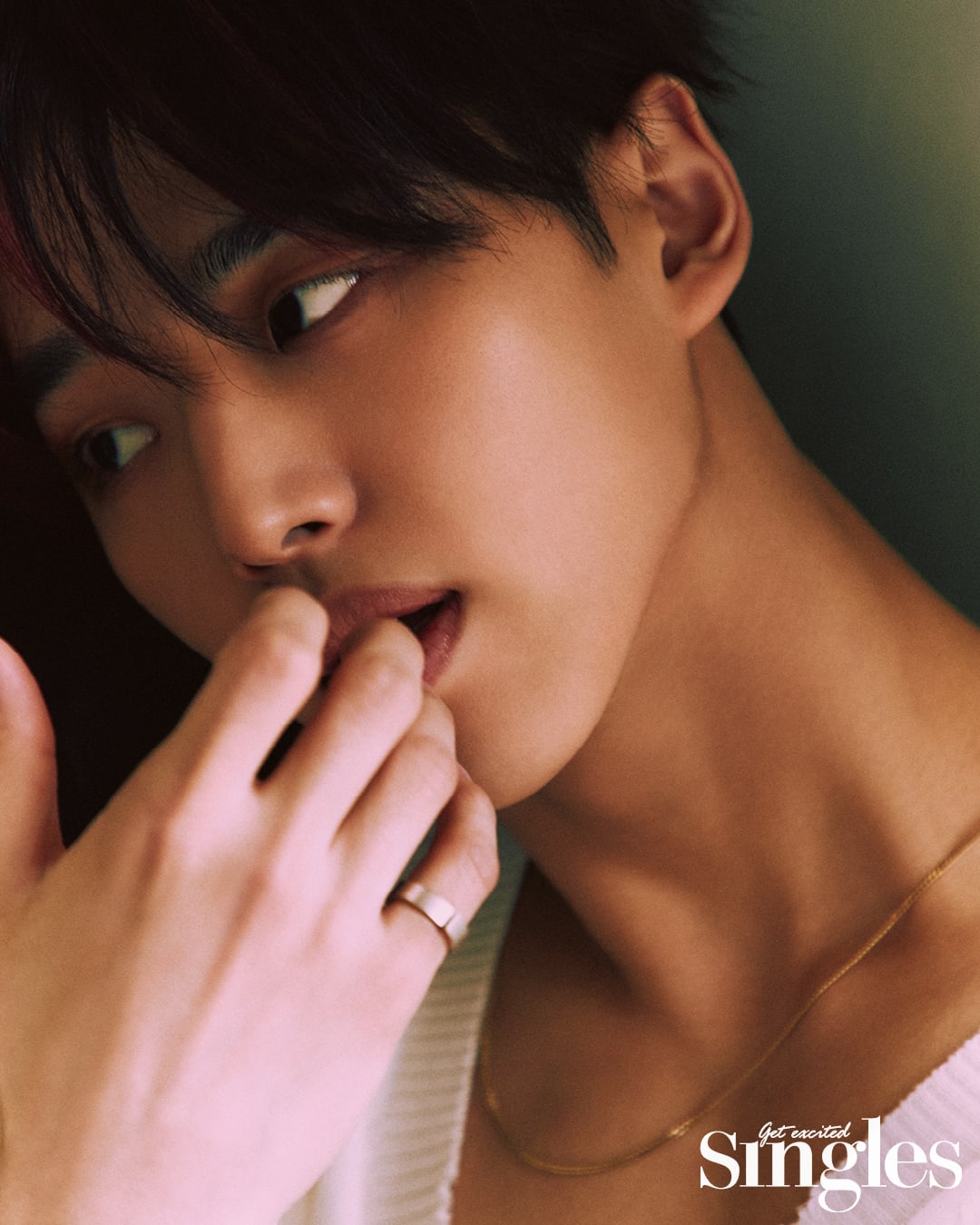 The theme of the magazine’s photo shoot with the group was “young mafia,” and the interviewer described that the word “mafia” derives from a word in Sicilian that can mean “beautiful.” PENTAGON was therefore asked to describe what their “unique beauty” is as a group.

Kino replied, “If there’s a difference between us and the many other idols out there, I think that it’s ‘freedom.’ We’re not bound within the limits of an ‘idol’ box, and we’re a self-producing group who pursues and realizes the flow of what we personally want to do, the rules that we make ourselves, and the music that we want to create. It’s PENTAGON’s real identity and people who like us respect this freedom.”

The members were also asked to talk about how they’ve been preparing for the upcoming Mnet boy group competition show “Road to Kingdom.”

Kino responded, “I think each episode will feature an aspect of competition, and people who watched ‘Queendom’ will probably expect that the program will follow a similar format. We’ve talked a lot about what PENTAGON can express well and what strengths we can use to stand out. We’ve had conversations between our members and several experts, with as few as 2 or 3 people and as many as over 12 people altogether, as part of the long process of developing each and every aspect. Since this is an opportunity for us to create a perfect performance, we’re trying to use absolutely all of our skills that we haven’t been able to show yet through our album promotions. I hope that it will be clear how hard we’ve worked while staying up all night.” 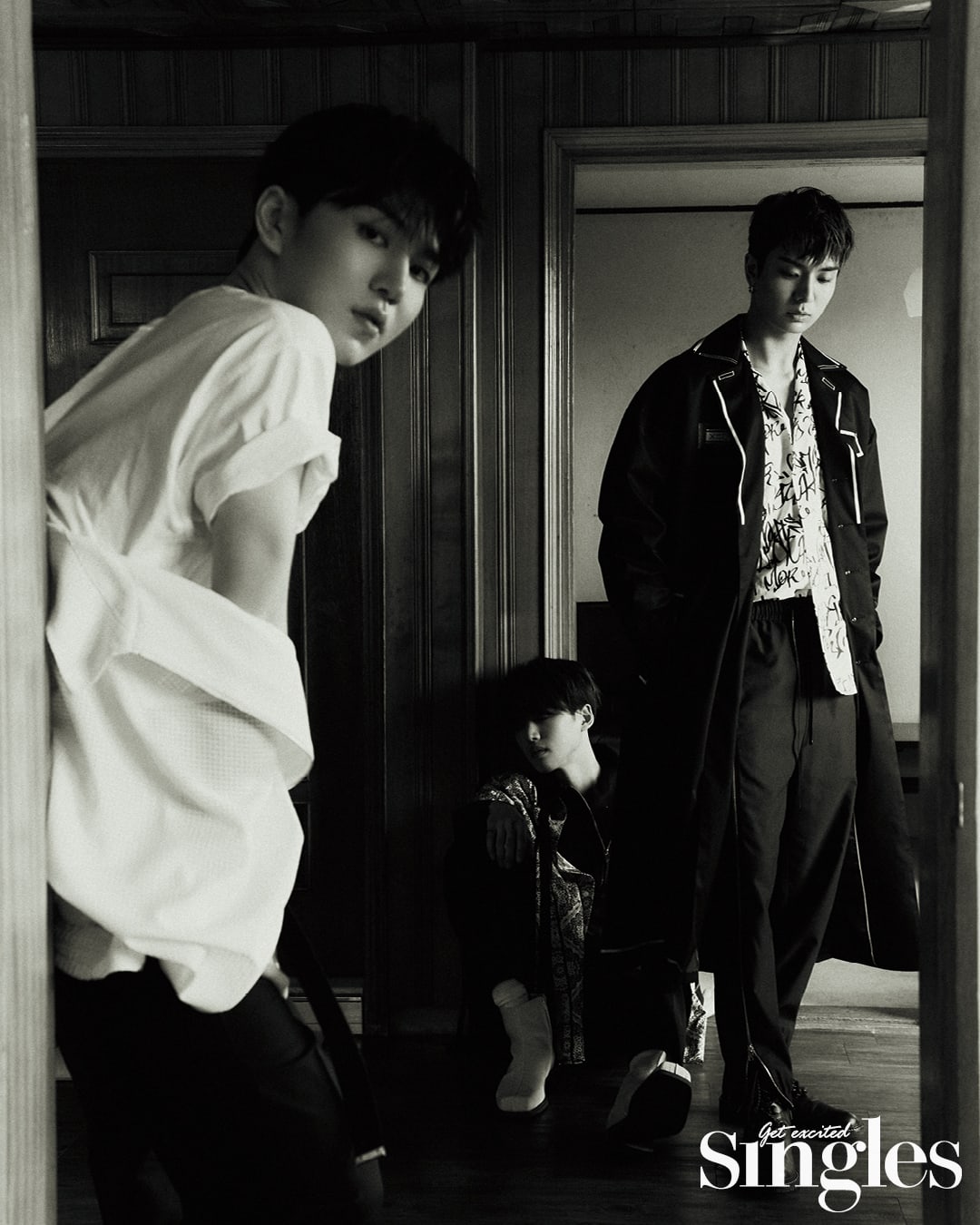 Hui talked about what kind of image the group wants to show on the program. “Rather than laying out a direction, we want to be the direction itself. In one phrase, we want to clearly show what ‘PENTAGON’s style’ is. Since fundamentally they all begin from our own ideas, all the performances we’ve put on so far have been ‘PENTAGON’s style.'”

The guys were asked to compare their goals and situation between now when they’re preparing for the show with the aim of coming in first and the time when they were working hard to make their debut.

Kino replied, “The fact that we’re aiming for first is the same, but since we have a different mindset than we did when we debuted, it couldn’t be described as the same as then.” Wooseok added, “However, the fact that we get nervous before our first performance is the same as it was when we’d just debuted.” 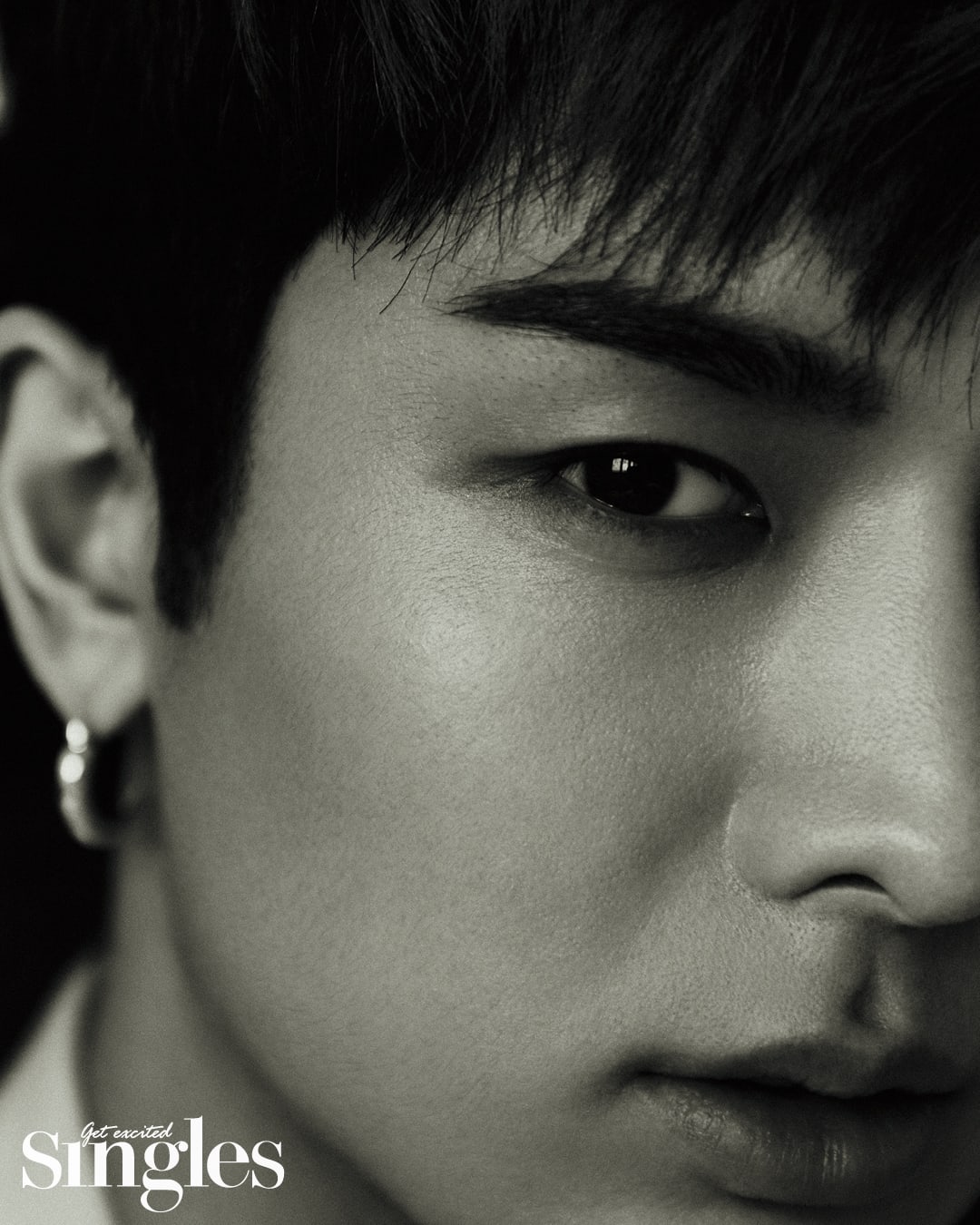 PENTAGON is known for taking on many different concepts, and they were asked about what their process is like as they consider all the members’ opinions. Hui said, “To be honest, if we were all crowded together to discuss from the start, then it would be hard to organize it. That’s why the person who’s writing the song forms an opinion and takes care of all the finer details. If we do it in a less structured way and then piece together this and that, then later on things fall apart, so that process doesn’t work. After we first freely unpack everything, then we discuss and organize each of the details.” 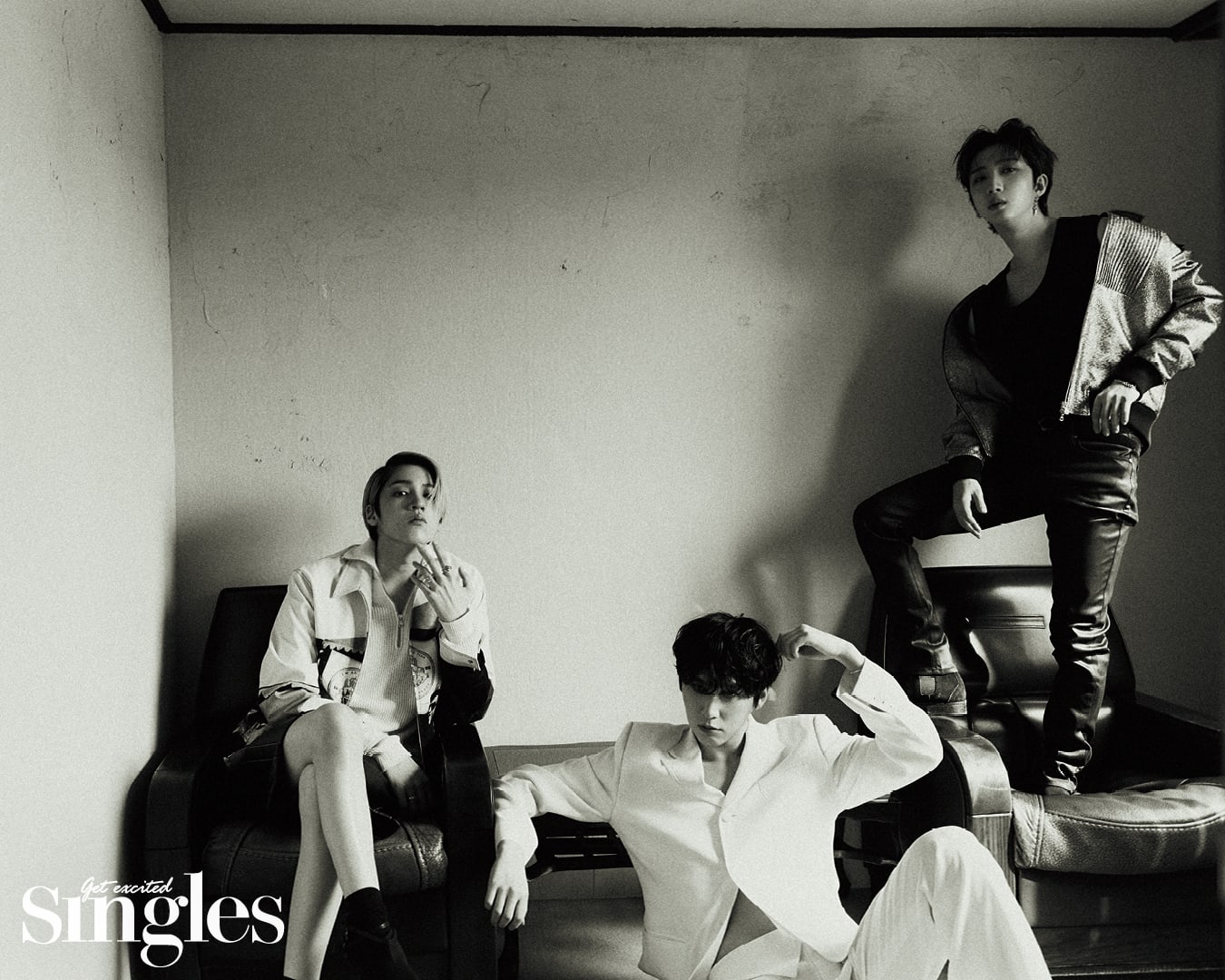 “Road to Kingdom” has been previewing the upcoming competition through a series of teasers and posters that feature the seven boy groups: PENTAGON, ONF, Golden Child, The Boyz, ONEUS, VERIVERY, and TOO. The show will premiere on Mnet on April 30.

PENTAGON
Singles
Road to Kingdom
How does this article make you feel?