Yulhee has shared her candid thoughts on raising children, marriage, and more!

Since Yulhee’s husband, FTISLAND’s Minhwan, enlisted in the military in late-February, the hosts asked if she was parenting alone after recently becoming a mother of three. Yulhee explained, “Since we have three kids, my husband is a full-time reserve soldier so he commutes from home. He does more single parenting.” She added, “I look after my kids with my mother-in-law, mother, and younger sister. Minhwan’s sister is a stewardess but she took a vacation for a month to help out as well.” 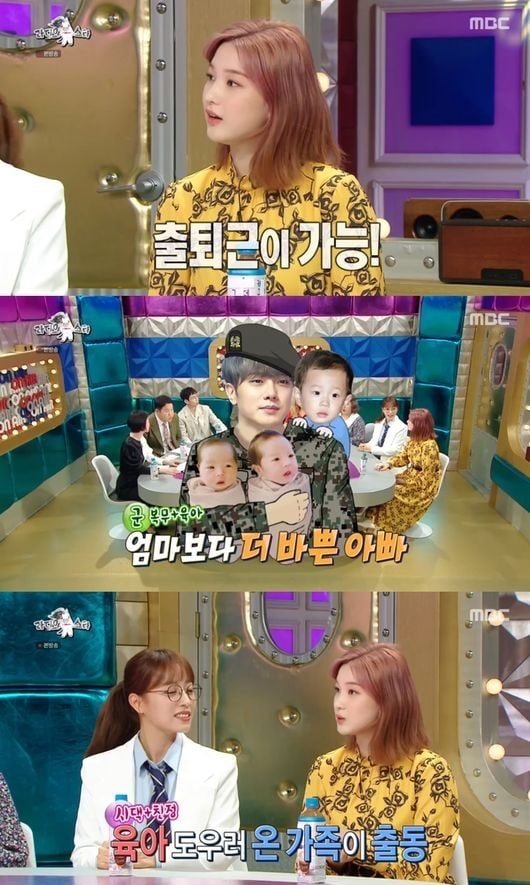 Yulhee continued, “I think I’m made to raise kids. I love it. A lot of people worry and say ‘It must be hard for a baby to have a baby’ [referencing her young age] and ‘Your husband is so harsh for making you parent alone.’ However, since I’m made for it, it’s not hard and I’m happy. They’re pretty even when they cry and poop.”

When asked if she had plans for more children, Yulhee answered, “My parents had a child late and I enjoyed watching that so I thought it would be okay for me to have children later too. My husband went to get a vasectomy but was rejected at the hospital. They said it would be really difficult to reverse. They told him to come back later when he really didn’t want to have any more kids.” 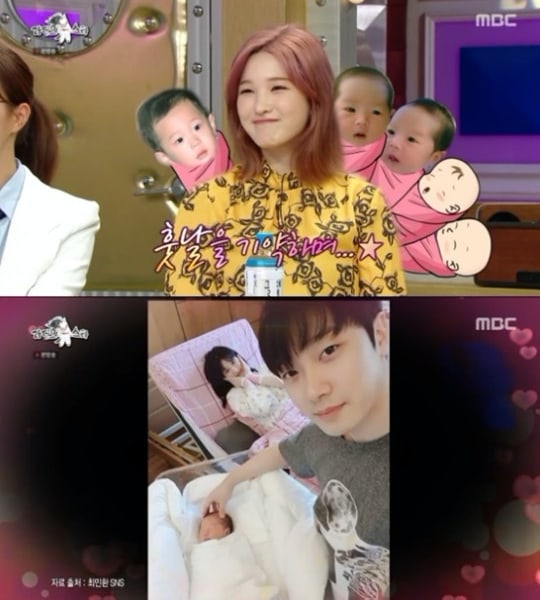 Bong Tae Gyu commented that he cried watching his wife give birth because he felt sorry and had so much respect for her. Yulhee replied, “After I had my babies, my husband said I looked like I was having a hard time. However, even after seeing me like that, I was touched that he still thought I was pretty.”

She added that for her first child, they chose to have a Caesarean section. Since she had to fast before her surgery, she ate as much as she could before to feel satisfied. She explained, “I wasn’t even nervous. But my husband was so nervous from even the day before the surgery. He would ask ‘Aren’t you nervous?’ but I was fine even as I entered the operation room.”

Regarding her early marriage, Yulhee shared, “Ever since I was younger, I thought that I wanted to get married early.” She explained that it had to do with her parents, who looked happy after having her in their early twenties. 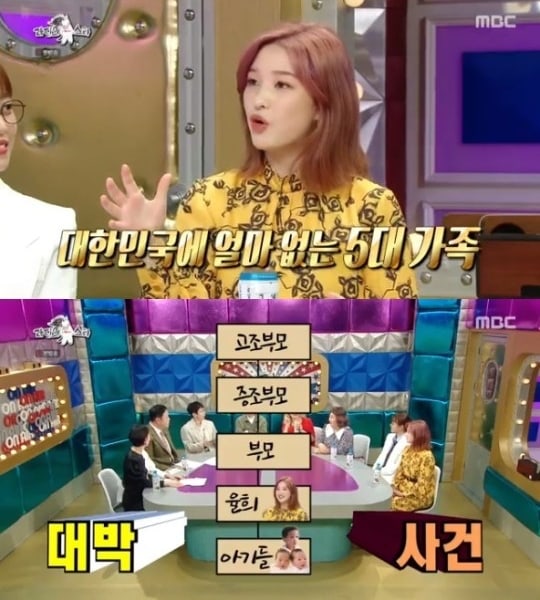 Yulhee also revealed, “My great-grandmother is still alive so five generations of my family are together. They say that there aren’t many families in Korea with five generations together now.” She also shocked the crowd by revealing that her parents were still quite young, both being born in 1974, and that her younger brother was only six years older than her son.

Following her appearance on the show, Yulhee spoke with Xportsnews. She commented, “I am so thankful for all the support people have been sending me recently. Since I had been busily taking care of my children, it felt different and new to appear on a variety show for the first time in awhile.”

Yulhee continued, “I plan to share all the stories I didn’t get a chance to on the broadcast through my YouTube channel so please look forward to that. I will also continue to show our pretty family. Thank you.”

Radio Star
Yulhee
How does this article make you feel?