B1A4’s Sandeul will soon be ending his long run as a DJ.

On April 30, Sandeul announced his departure from his radio show “Sandeul’s Starry Night.”

“I’m going to share some sad news today while thinking about the relationships I’ve made that I’m so grateful for,” he said. “I’m going to have to say goodbye to ‘Starry Night’ which I’ve been with for two years since July 2018.”

He continued, “It wasn’t an easy decision because I felt so attached to all of you after seeing you everyday for a year and nine months and because I learned so much from the ‘Starry Night’ family. But if there are first meetings then there are also farewells, so I’m going to think that I’ll be able to see you again in a good place if I work harder at my music.”

Sandeul added, “I hope you’ll come see me every day at ‘Starry Night’ until my final broadcast on May 10 and tell me about the sadness you’re currently feeling and other things you want to say to me.” 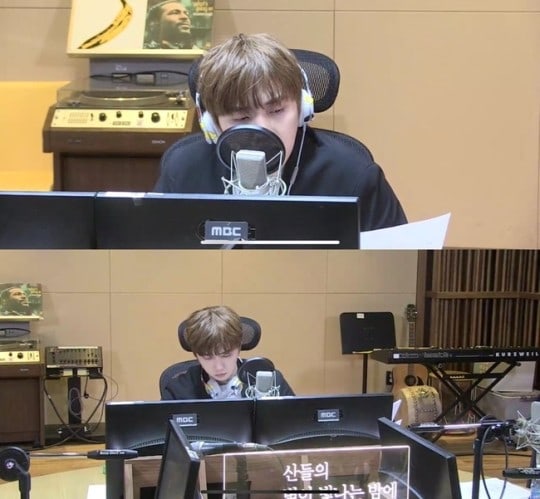 Sandeul was recognized for his work in leading the nightly radio program when he won the Radio Show award at the 2019 Korea First Brand Awards and the Excellence in Radio award at the 2019 MBC Entertainment Awards.

B1A4
Sandeul
Sandeul's Starry Night
How does this article make you feel?