IU and Suga’s collaboration, “Eight,” has achieved a perfect all-kill on the charts!

IU released her new single, “Eight” (produced by and featuring BTS’ Suga), on May 6. Since its release, the song has swept both domestic music charts and iTunes charts around the world, achieving a certified all-kill on May 8.

A song receives a certified all-kill when it is No. 1 on the daily and realtime charts of Melon, Genie, Bugs, and Soribada; Vibe’s daily chart; and the realtime charts of Flo and iChart. A perfect all-kill means that the song has also topped iChart’s weekly chart. 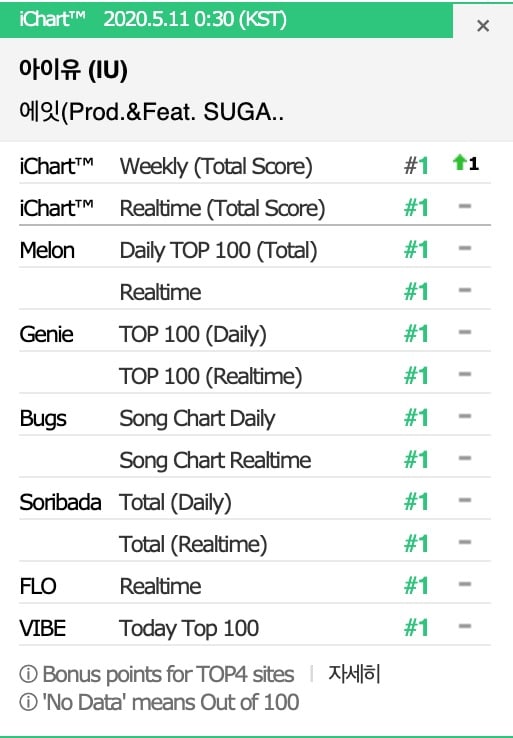 Congratulations to IU and Suga!