Jung Il Woo, Lee Hak Joo, And Kang Ji Young Lean On Each Other For Support In “Sweet Munchies”

In the new poster for “Sweet Munchies” Park Jin Sung, Kim Ah Jin and Kang Tae Wan smile happily in front of a bright orange background. However, their lives aren’t just filled with happiness as the poster seems to indicate. Park Jin Sung struggles with a personal issue, Kim Ah Jin always faces uncertainty due to her temporary position, and Kang Tae Wan, who everyone is jealous of, has to shoulder a pain no one knows about. Nonetheless, the three people take on life optimistically without giving up. In the poster, they lean on each other comfortably, forgetting their concerns and finding solace in one another. Slowly, the three begin to develop feelings for one another along the way. 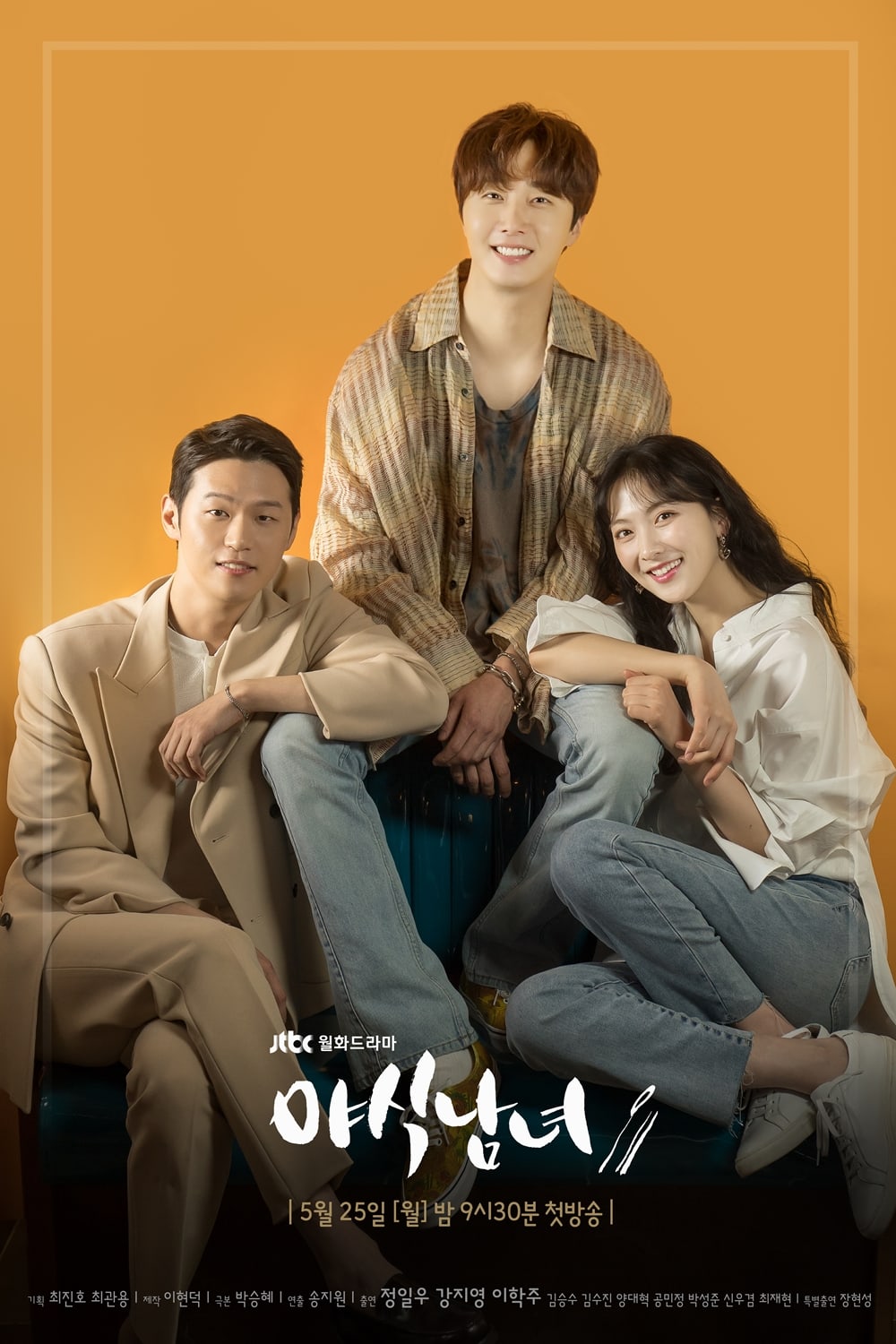 However, the main characters’ romance story will head towards an unexpected route due to a secret Park Jin Sung is hiding. After joining an audition for the TV program “Sweet Munchies” following Kim Ah Jin’s suggestion, Park Jin Sung will have to make a decision of a lifetime while hiding his secret. Viewers are curious to discover what direction the characters’ love triangle will head towards in the upcoming romance drama.

During the photo shoot for the poster, Jung Il Woo, Kang Ji Young, and Lee Hak Joo posed naturally in their casual outfits while showcasing phenomenal chemistry on set. The production team shared, “In the poster, we portrayed the refreshing and warm energy that the three uniquely charming people will produce after meeting.” They also asked viewers to look forward to finding out what Park Jing Sung’s secret could be and what direction the love triangle will head towards.

“Sweet Munchies” premieres May 25 at 9:30 p.m. KST and will be available with English subtitles on Viki. Take a look at a recent teaser for the drama here!