“I-LAND” is set to be the first project of CJ ENM and Big Hit Entertainment’s joint venture BELIF+. It will be an observation reality show by Mnet that follows the process of next generation K-pop artists being born. The program will combine CJ ENM’s content production capabilities and Big Hit Entertainment’s artist producing know-how, showing the process of participants competing against and working with each other.

Namgoong Min has been selected to become the storyteller, and both Rain and Block B’s Zico are in talks to appear as mentors.

In the enigmatic teaser, Namgoong Min walks in a futuristic setting as he explains, “This is an unknown place and a living building that has never existed before. The most advanced survival game will be played in this system controlled area. The entire world will be watching this process. Now is the time to prove yourselves.”

The show has also shared a new poster via its official Twitter account. Namgoong Min is walking in the same mysterious place as the teaser, and the poster reads, “Someone must leave in the appointed time.” The poster intrigues viewers with its countdown that begins with 43 days. 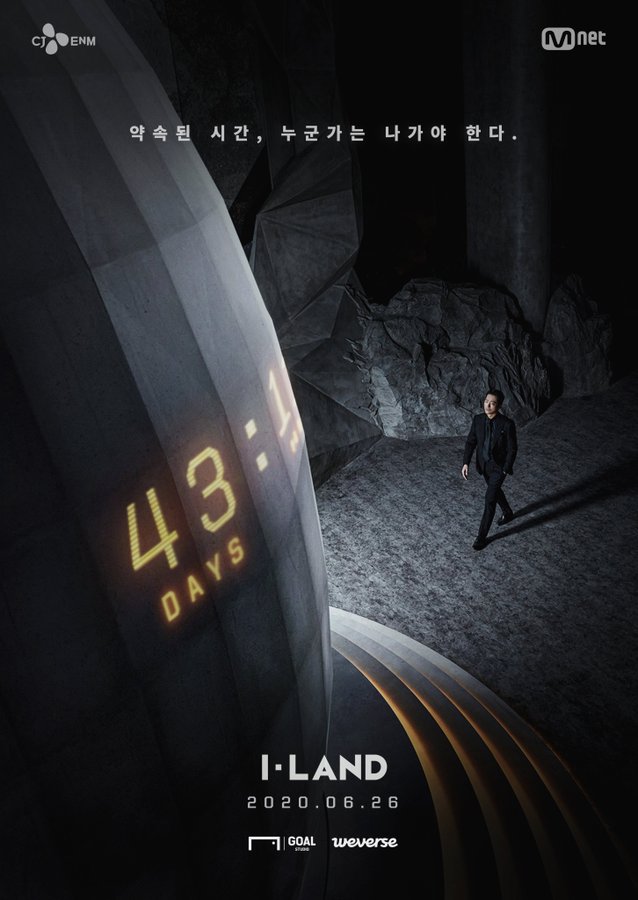 Namgoong Min
I-LAND
How does this article make you feel?