On the May 14 episode of “Road to Kingdom,” the first round came to an end and PENTAGON kicked off the second mission with an unforgettable performance.

The first round, which featured the idols covering legendary songs by senior artists, began last week with performances by five of the groups. Today’s episode revealed PENTAGON’s cover of Block B’s “Very Good” and The Boyz’s cover of SHINee member Taemin’s “Danger.”

After all the groups performed, they voted to determine the round’s ranking. The ranking they decided on is below:

The hosts then announced that the second round’s theme would be titled “My Song,” and they were given the mission of telling their own stories with their own songs. After coming in first in round one, The Boyz got to choose the order of who’d be performing, and they picked PENTAGON to go first, followed by ONF, Golden Child, ONEUS, VERIVERY, and TOO, with themselves as the finale.

It was also revealed that the rankings of the first and second round will be combined and the lowest ranking group will become the first team to be sent home. The MCs shared that while the first round’s ranking had been determined entirely by the contestants, the overall ranking of the second round will be decided 30 percent by the contestants’ votes and 70 percent by an online audience vote.

PENTAGON opened the second round with their performance, which was an emotional one as it was the last before their eldest member Jinho enlisted in the military on May 11.

Jinho shared in his interview, “Realistically, I’m not sure how things will be when I return. So this is the most precious performance to me.” 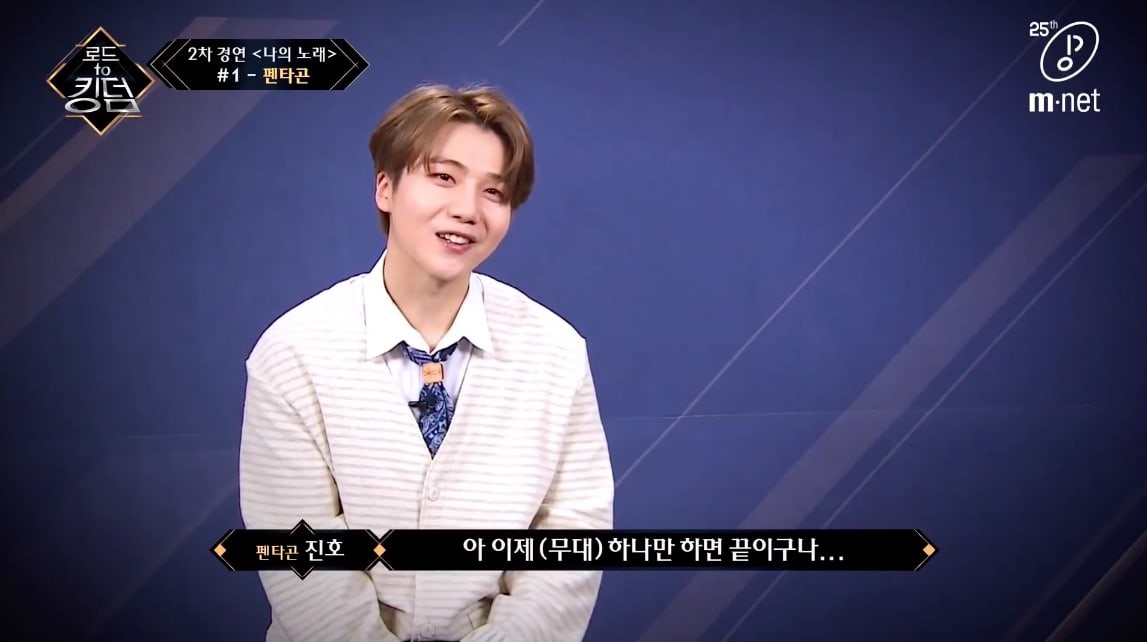 With that in mind, the members decided to begin their performance with their song “Shine” that had been a breakout hit and is their most popular with the public. They decided to have fun and enjoy the performance, and Jinho suggested, “Let’s perform with the concept that we’re going on stage to have a good time.”

While Jinho was briefly away, the other members gathered together and Hui suggested they gift Jinho with a special performance. The members said, “This performance might be weak in terms of the competition, but it’s one that we won’t get the chance to do again if we don’t do it now,” and they shared their hope to do well for Jinho.

After they performed “Shine,” Jinho stayed on stage alone while the other members left. Through a narration, they said to him, “To our beloved Jinho! We’ve been able to get through everything thanks to you being there. Our time together with you was so happy.”

“Don’t get sick and return in good health,” they said. “We’ll wait as we are now. We love you!” 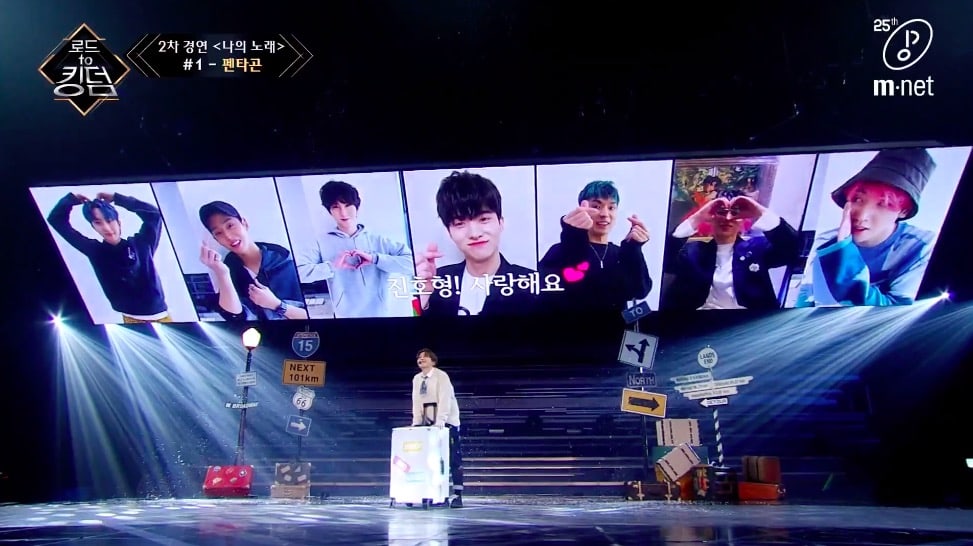 Away from the center of the stage, leader Hui had broken down in tears. He tried to collect himself as they returned to begin their song “Spring Snow,” which includes moving lyrics such as “My friend, even though time passes, our memories are forever.” The members embraced Jinho as they tearfully sang.

After a slow version of the opening to the song, Hui said, “Jinho! Come back safe. This moment won’t come again! PENTAGON! Let’s have fun one more time!” The members then cheered and performed their upbeat song, while drying their tears and yelling their love for Jinho. 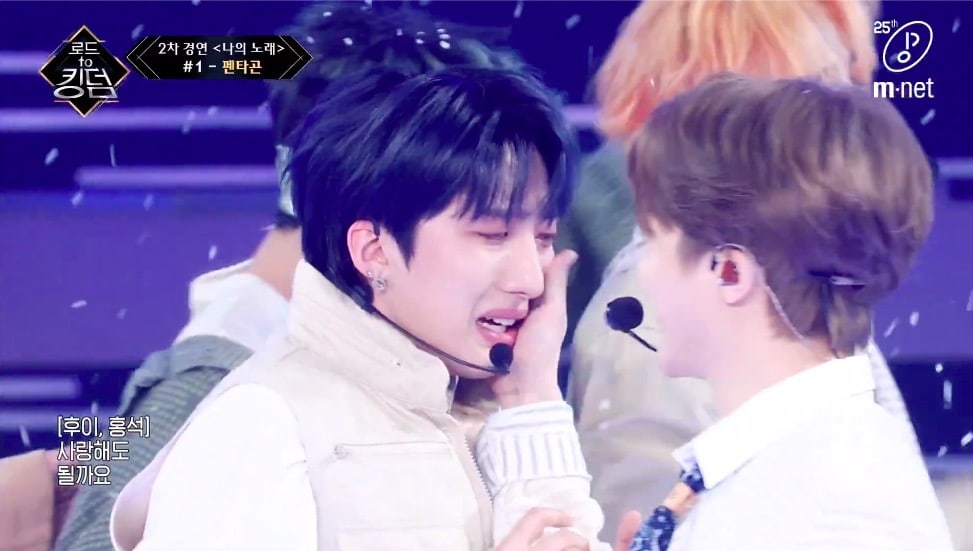 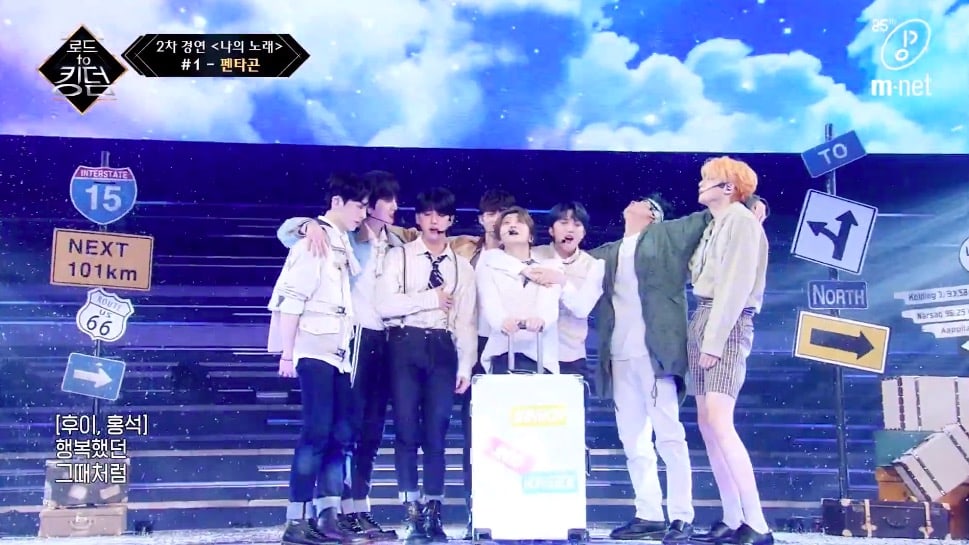 At the end of the performance, the members were all recovering from crying. Jinho said to them tearfully, “There’s something I wanted to say. There was never a moment in our over five years together that I didn’t feel happy.” He continued, “So I’ll keep being happy until the end of PENTAGON. I will be back soon, so don’t get hurt and keep doing well. You’re good so everyone will recognize that, got it?” The members all shared a group hug and Jinho said, “I really, truly love you.” 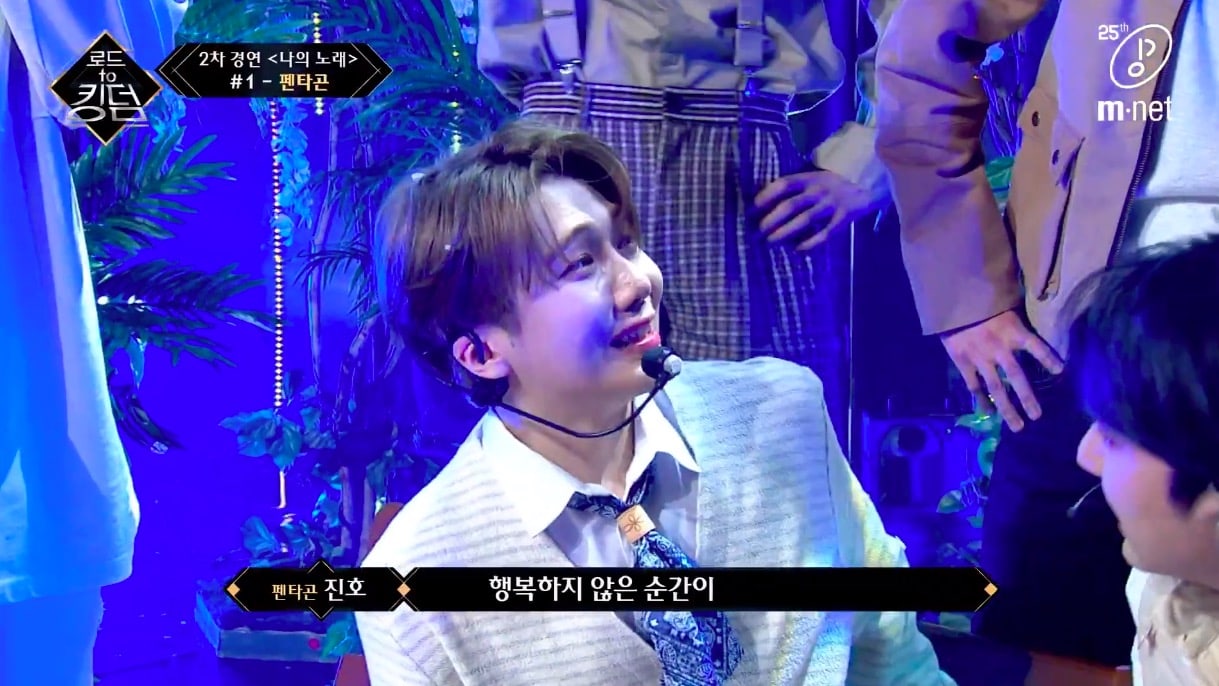 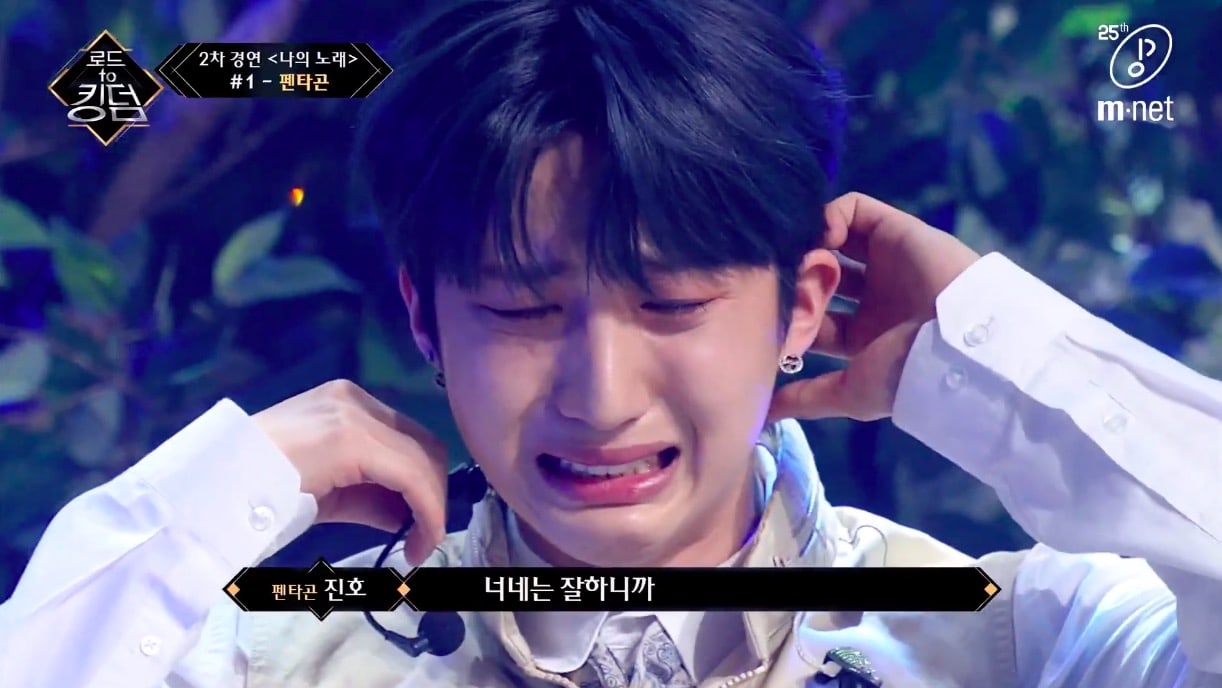 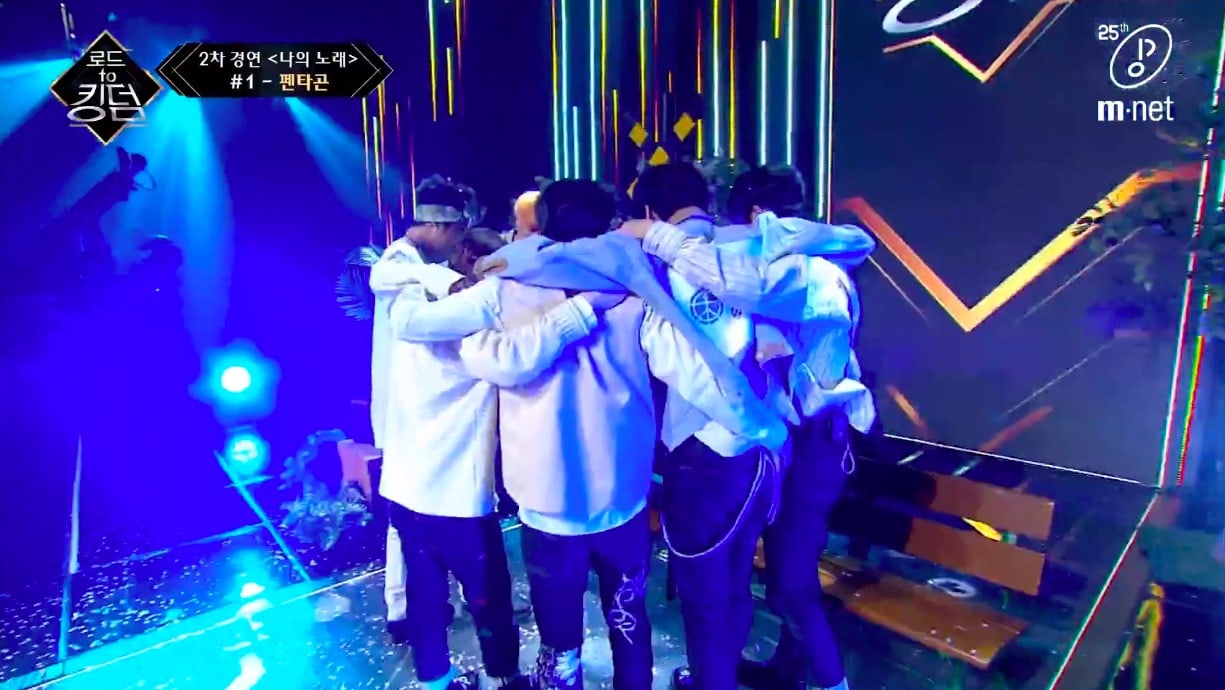 Jinho said in his interview, “It’s such a great gift. It’s a performance that I will remember all my life. I’ll remember each and every moment. Today I really realized that I’ve met a group that’s like my family, they’re really my family.”

Watch their performance and their touching moments together afterwards below: