On May 21, Good Data Corporation released rankings of non-drama TV shows and cast members that generated the most buzz from May 11 to May 17.

Mnet’s “Road to Kingdom” came in second place as viewers tuned in to the competitive performances. PENTAGON’s Jinho performed on stage for the final time before his mandatory military enlistment.

No. 3 went to MBC’s “The King of Mask Singer” as Shim Eun Woo from “The World of the Married” made an appearance. TV Chosun’s “Love Call Center” (literal title) ranked fourth on the non-drama TV show, and trot singer Im Young Woong from the show took No. 7 on the non-drama cast member rankings.

Fifth place went to tvN’s “The Great Escape 3” due to a new card game that fans had split opinions about.

Rain and Gong Hyo Jin also made it on the list of non-drama cast member rankings for their appearances on “How Do You Play?” and “Three Meals a Day,” respectively.

The top 10 buzzworthy non-drama TV shows are as follows: 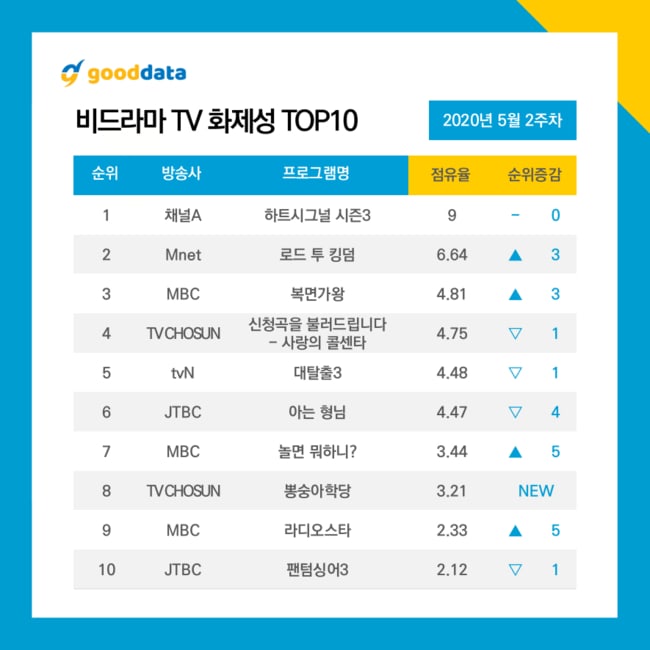 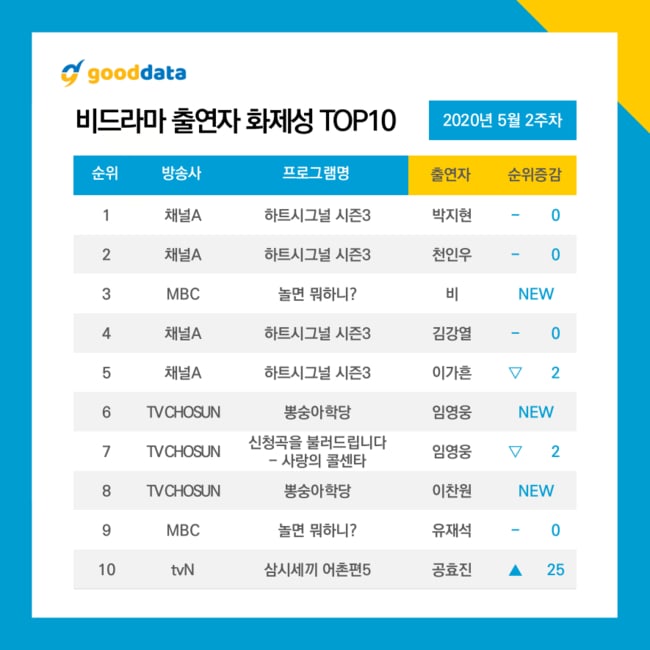