tvN’s upcoming drama “It’s Okay to Not Be Okay” has revealed its first stills of Kim Soo Hyun!

“It’s Okay to Not Be Okay” is described as a “slightly strange romantic comedy about a fantasy-like romance.” Moon Kang Tae (Kim Soo Hyun), a community health worker at a psychiatric ward who avoids love, and Go Moon Young (Seo Ye Ji), a storybook writer who has never known love, will begin to heal each other’s emotional wounds after they meet.

At home, Kim Soo Hyun’s character Moon Kang Tae is the caretaker of his older brother Moon Sang Tae (Oh Jung Se) who has an autism spectrum disorder, and at work, he takes care of patients with psychiatric disorders. Busy with taking care of others, he’s unable to take care of his own self and avoids any kind of love.

In the newly-revealed stills of the character, Moon Kang Tae is hard at work in his community health worker uniform. His normally serious face and determined eyes are replaced by a bright smile when he is with his patients, raising curiosity as to what kind of person he truly is on the inside. 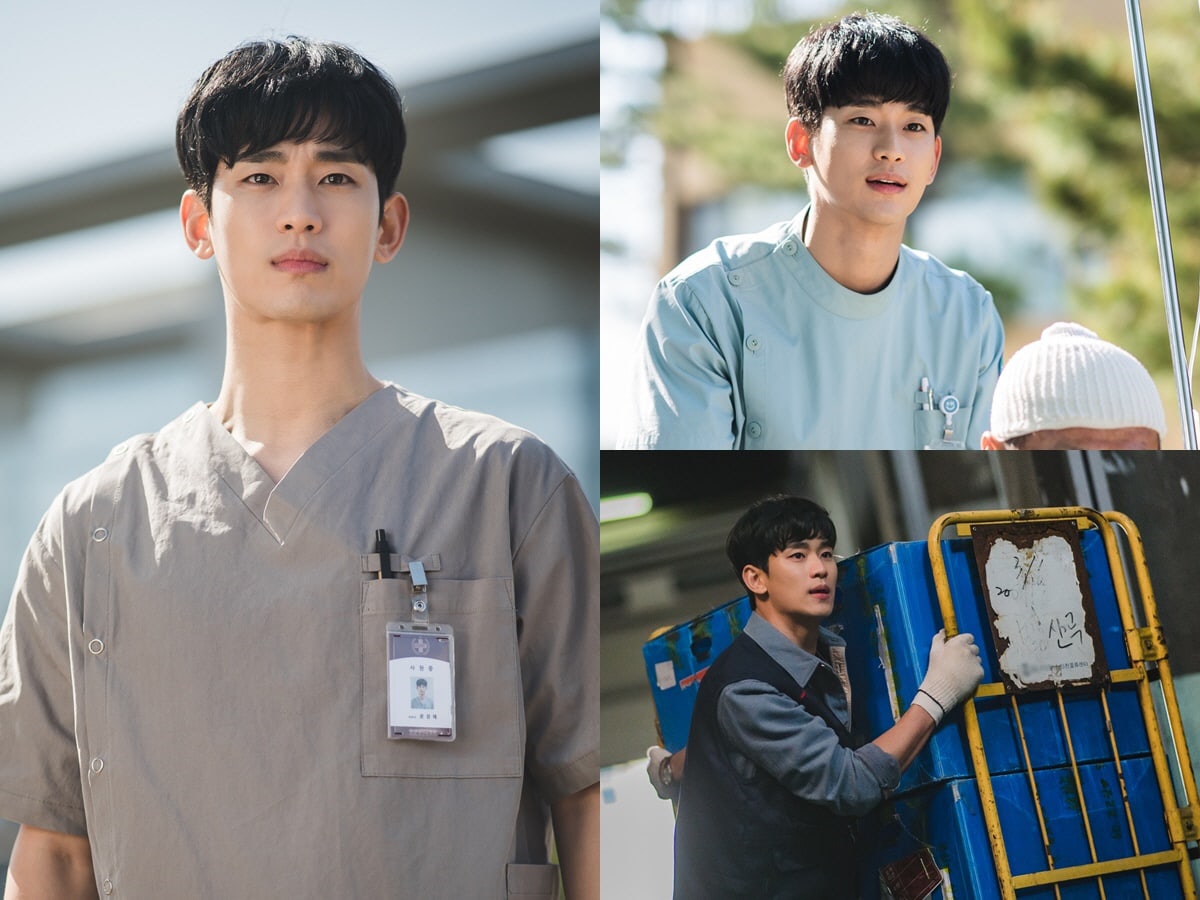 In another image, Moon Kang Tae is also doing strenuous work like moving big boxes around, showing how the character has persevered through a life that hasn’t been easy on him.

Apart from his cameo appearances, “It’s Okay to Not Be Okay” will be Kim Soo Hyun’s first drama since his military discharge. Watch a teaser here while you wait for the drama’s first episode, which airs on June 20 at 9 p.m. KST.