Oh My Girl’s Hyojung recently sat down for an interview with News1 as part of their series highlighting leaders of K-pop groups.

Oh My Girl made their debut in 2015 with “Cupid” and most recently released their hit song “Nonstop.” When asked what kind of leader she sees herself as, Hyojung responded, “This is a really hard question. I’m a leader who sincerely loves and cherishes her members. Oh My Girl is more precious than myself.”

She also spoke about how she wants to be evaluated as the leader of Oh My Girl. Hyojung shared, “I hope to appear friendly and be someone you cannot hate. Isn’t it so sad to receive hate from people you love? Since I genuinely love my members and fans, I want to become a leader who they cannot hate, even if they tried,” adding a laugh.

Hyojung expanded on her love for her members, revealing who she turns to for help when she has concerns of her own. She commented, “When I have concerns about our team, I’m the type to talk to everyone. When I’m having a hard time, I first talk to Seunghee. When I tell her my concerns, she thinks from the perspective of each member and shares her thoughts on how I can approach them,” calling Seunghee their “vice-leader.” 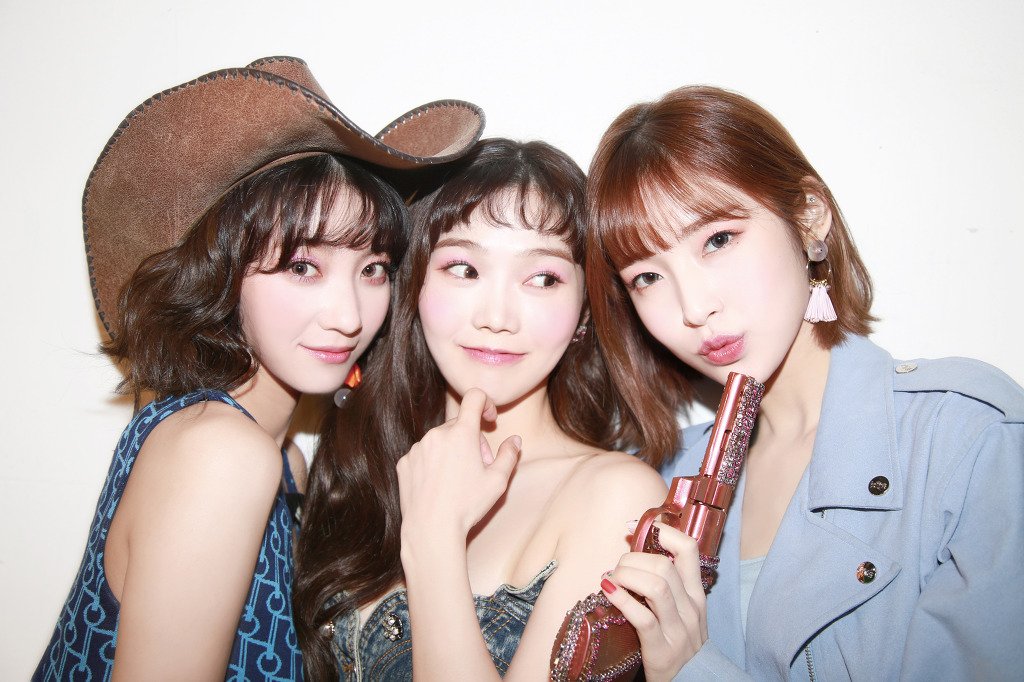 While laughing she continued, “To our younger members Arin and Binnie, I act like a child and tell them, ‘Love me.’ Binnie always compliments me and Arin often tells me, ‘I know you’re being considerate of us.’ If I look like I’m having a hard time, Mimi jokes around. It’s like she knows how I’m feeling, so I can feel how thoughtful she’s being. Jiho texts me often and writes me letters. As she’s a deep thinker, I can depend on her. YooA always raises my self-esteem with comments like, ‘Our team will do well’ and ‘You’re the best leader.’ They are friends who follow me well even if I don’t say anything and give me warm hugs when I’m having a hard time.”

Hyojung picked Oh My Girl’s turning point as their preparation period for their second mini album “Closer.” She explained, “We all watched a movie and studied ‘What does it mean to be dream-like?’ and thought about what we could do to match the mood of the song with our choreography. Through ‘Closer,’ I learned the fun of creating better music and performances.”

Oh My Girl’s leader also discussed “Queendom” as another one of the group’s turning points, saying, “We were confident that we would do well and wanted to showcase our members’ talents to a wider audience.” 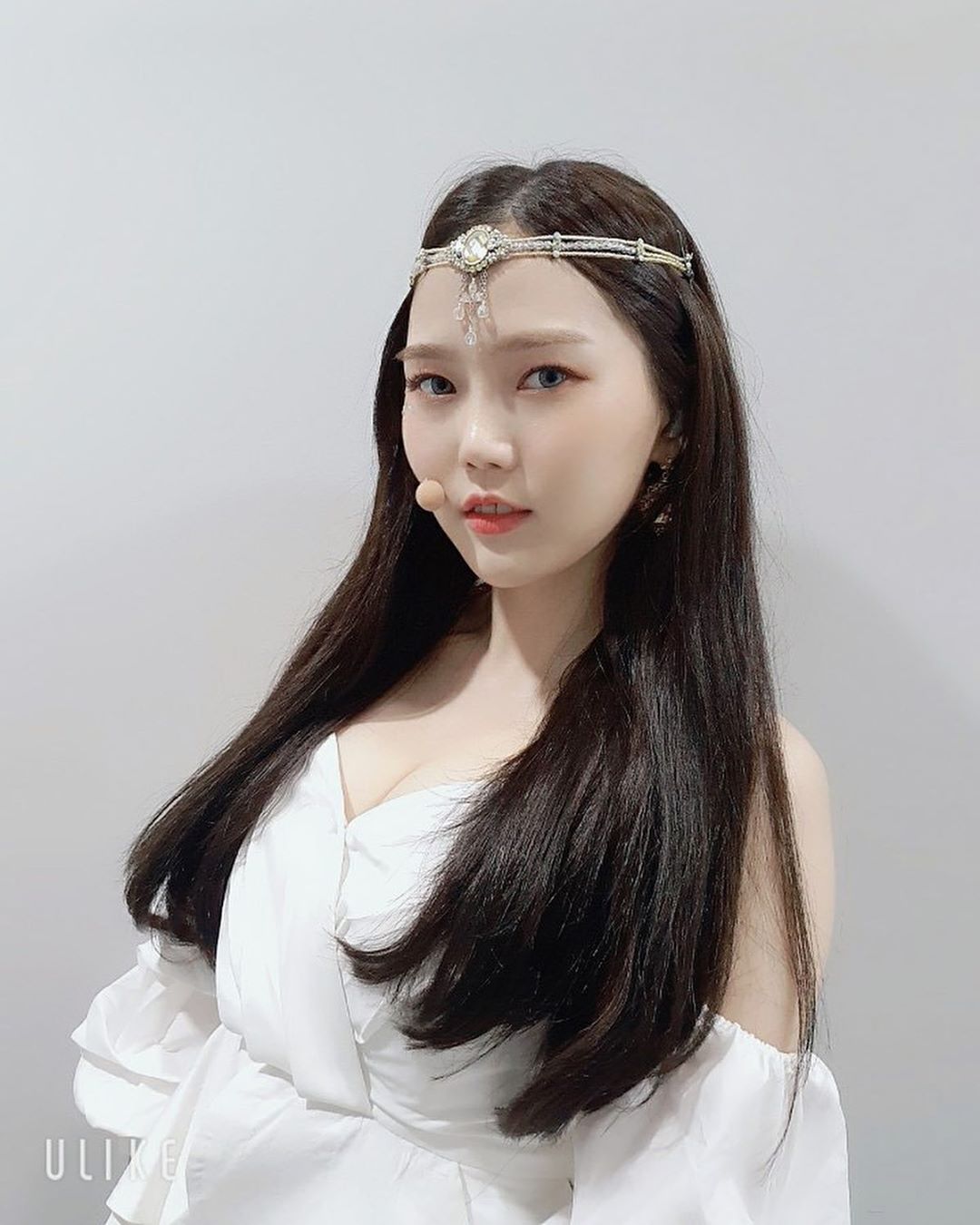 During the first round, Oh My Girl placed last, but Hyojung explained why the girls were not too upset. She shared, “To be honest, we wondered whether the other groups would know our song. When we watched the broadcast, MAMAMOO was singing along to ‘Secret Garden.’ The other groups recognized our song too. After seeing that, we thought we shouldn’t feel intimidated and should just continue working hard since we have our own power.”

Hyojung also picked Oh My Girl’s cover of Lovelyz‘ “Destiny” as her favorite one of their “Queendom” performances. She commented, “I think the story, concept, outfits, and choreography all fit together perfectly. Our chemistry was good too.” With a laugh she added, “We even did well during parts that didn’t go too well during practice.” 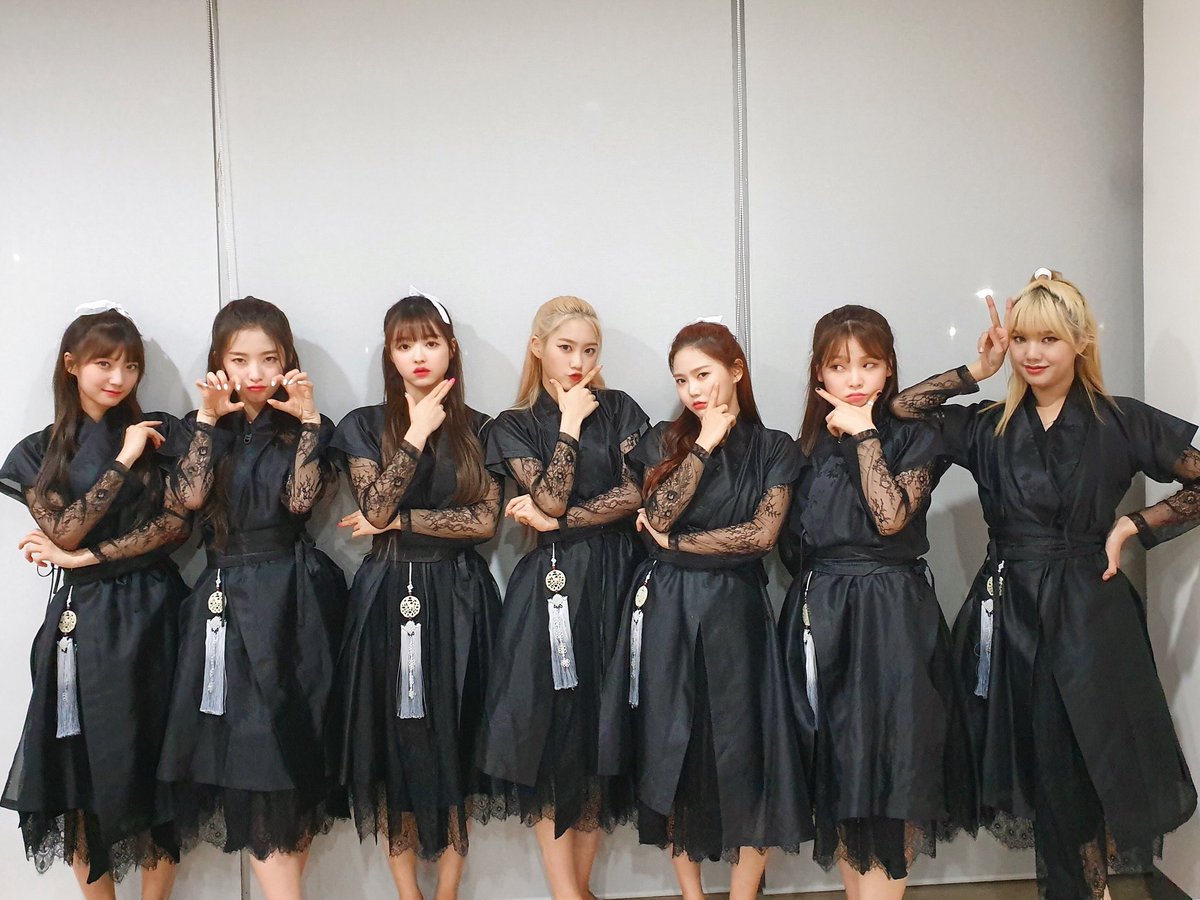 She additionally shared, “Once, I went to film ‘The King of Mask Singer,’ and the composer of ‘Destiny’ Yoon Sang told me he had seen our performance. He told me, ‘I enjoyed it. Thank you for arranging it so well.’ After hearing that I thought, ‘This is amazing. We did okay.’ I was so happy.”

For the first time since debuting in 2015, Oh My Girl hit No. 1 on multiple music charts and racked up eight music show wins with their song “Nonstop” earlier this year. Given that Oh My Girl had a slow, steady rise to fame, Hyojung was asked if she had ever felt nervous before seeing such success. 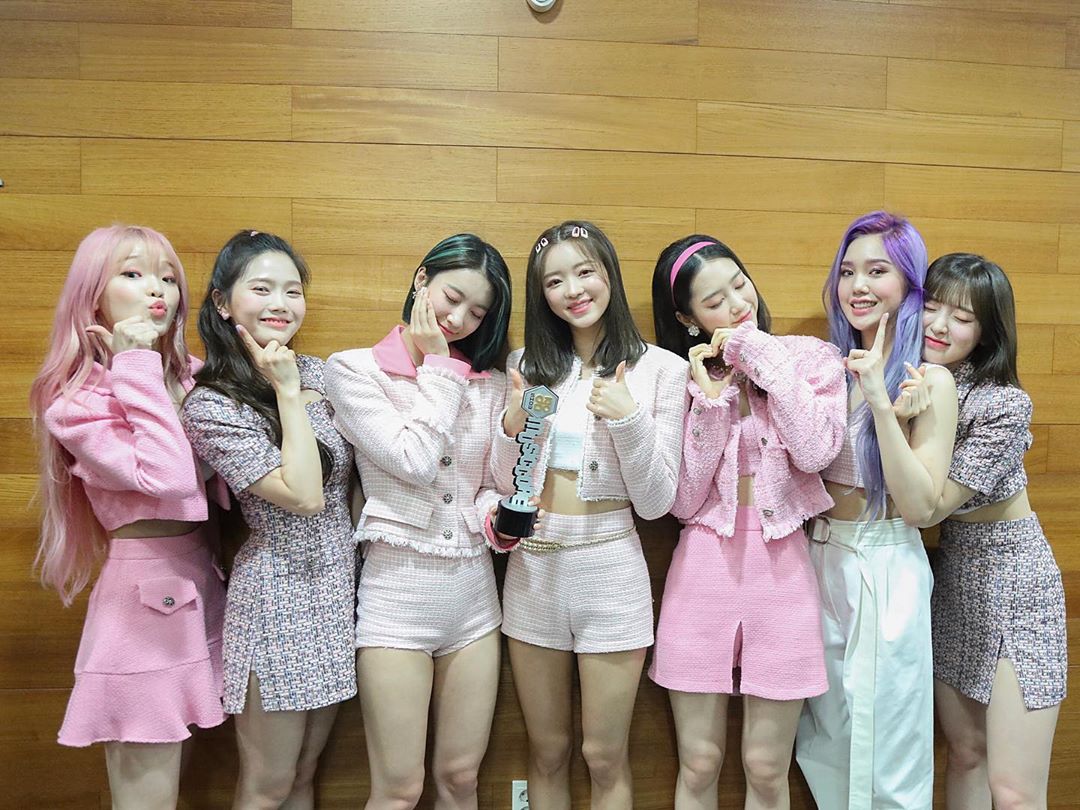 The singer responded, “I did feel sad that we couldn’t meet the expectations of the staff members who worked so hard for us and our fans who supported us. Since they do their best for Oh My Girl, we have to do well for them to smile and feel like it has been worth it. However, I wasn’t anxious. I believed we would succeed, and there were many people around me who said ‘You guys will succeed,’ so that gave me a lot of strength. Also, if we had done well from the start, I don’t think I would’ve known that good results come from an accumulation of hard work. Seeing the spotlight at a later time made our team tougher and helped us realize that hard work will not betray you.”

Lastly, Hyojung shared her thoughts on what Oh My Girl’s goals and dreams are. She explained, “I want to draw a larger picture. Our goal is to expand our agency that has believed in and supported us. Our agency has never made our albums in a sloppy manner. We want to reciprocate their trust in us. We also want to leave an impression on our Miracle (Oh My Girl’s fan name) who always support us and become one of the groups that represent K-pop globally. I also dream of becoming a group that’s like a fond memory. I wish that even after generations pass, our music will remain in people’s memories, and they’ll reminisce on the past and think, ‘I used to like Oh My Girl.'” 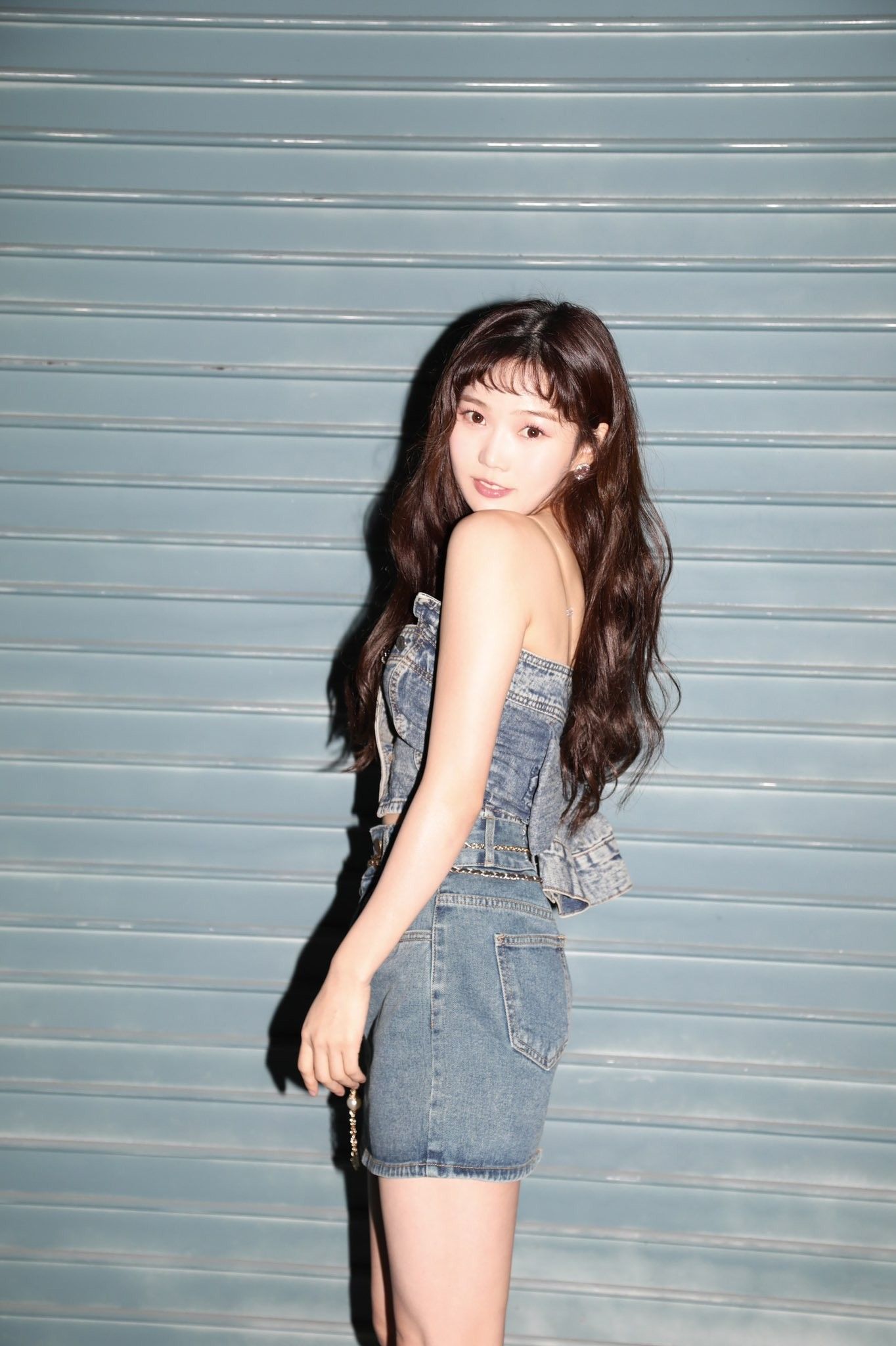 Oh My Girl
Hyojung
How does this article make you feel?