Through her agency Mystic Story, on June 12, JeA commented, “I wanted to convey a message to those who have no reason not to be confident. After working with so many incredible artists, I also received good energy to perfect the song.”

“Greedyy” is a funky track with the meaning, “Try everything you want without paying attention to what others think.” The song features MAMAMOO’s Moonbyul and the lyrics are written by IU.

JeA added, “There are often times when I see younger friends hesitate to do what they want out of fear that people around them will disapprove. However, if you live life as someone else, you eventually get a reality check. Even if you get disapproval now, you have to go after things you want. That’s how you become happy.”

The singer also praised IU, commenting, “I asked IU to write the lyrics after only giving her the keyword ‘power confidence’ without any other comment. However, she still wrote such good and relatable lyrics. The double ‘y’ in the title to represent greed was also IU’s idea.”

She also spoke about working with Moonbyul, sharing, “Moonbyul also said that after reading the lyrics, she gained the courage to write her rap. It was a fun production where we all had the same mindset.”

JeA added, “I want to thank IU and Moonbyul for making me the ‘cool unnie.'”

After the song was released, IU took to her Instagram to talk about working on “Greedyy.” Her caption reads, “I participated on the lyrics of JeA’s new track ‘Greedyy’! Since it was my first work of the year I wrote it with a lot of strength and energy and now it’s finally out. With the feeling of tanning in the spotlight with sunglasses on! While writing, I had an unbelievable amount of fun.”

IU also shared the song on her Instagram story with the caption, “A song I definitely want to cover.” She additionally showed off her “Greedyy” bead bracelet, tagging JeA and uploading a video of her wearing it. 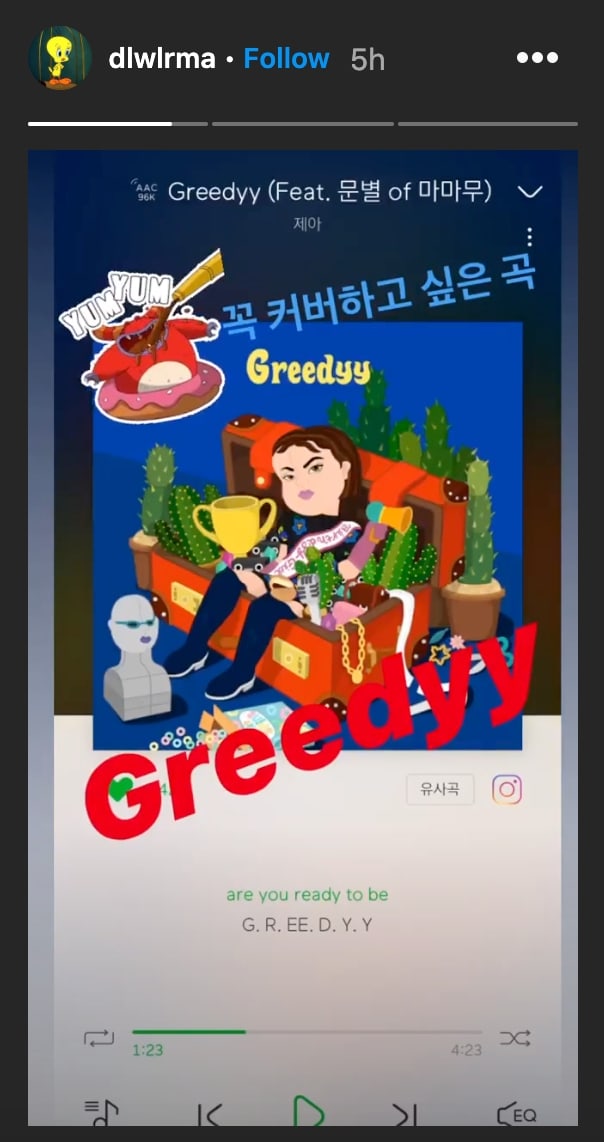 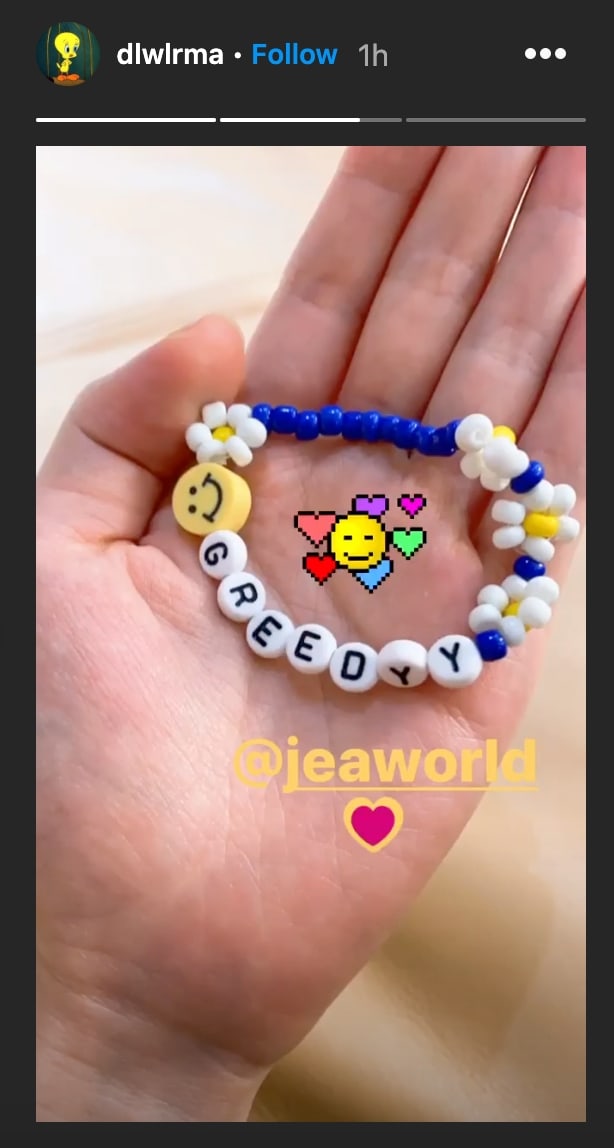