On the June 20 episode of KBS2’s variety program “I Like Movies” (literal title), Kang Dong Won, Lee Jung Hyun, and Lee Re sat down for an interview about their upcoming film “Peninsula.”

A sequel to the hit movie “Train to Busan,” “Peninsula” takes place four years after the events of the original film, in a Korea that is in ruins after being overrun by zombies.

As “Peninsula” has been invited to the 2021 Cannes Film Festival, the actors hilariously pretended like the interview was being held in France. When asked if they had been expecting the invite, Kang Dong Won replied, “Since the first film had already been invited, I didn’t think the sequel would also be invited. I don’t have huge expectations.” 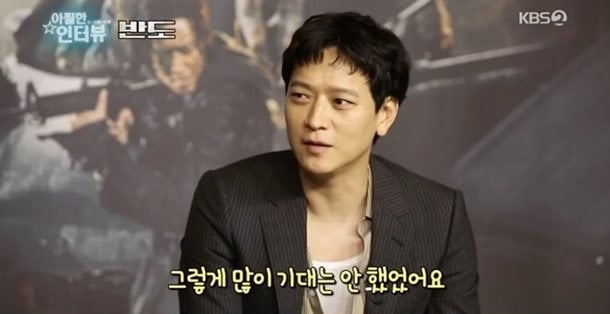 Lee Jung Hyun added, “I tried not to look forward to it, so that I wouldn’t be as disappointed if it didn’t happen. When I heard that [we’d received an invite], I was so happy that I sent our director a text. I also received many congratulatory messages, which made me happy as well.”

The interviewer commented that visually, the characters in the movie look slightly peculiar. Although he is currently sporting a fresh haircut, Kang Dong Won explained, “Everyone in the movie has long hair. Because [our characters] couldn’t go to the hairdresser.”

Lee Jung Hyun then jumped in to say, “Earlier, Lee Re and I were talking while eating lunch and she mentioned, ‘On set, I didn’t know that Kang Dong Won was this handsome. But seeing him today, he looks so cool that I feel nervous [around him]. He really looks like a celebrity.’ That’s why she’s shy today.” 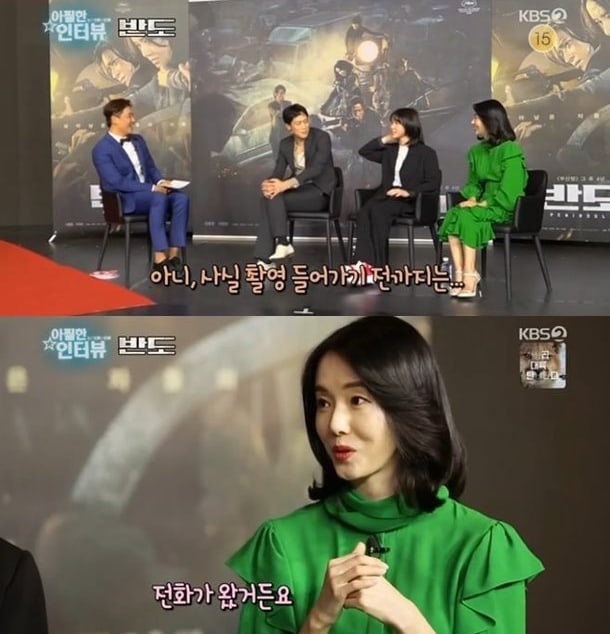 As Lee Re adorably pleaded with her to stop, Lee Jung Hyun jokingly asked her on-screen daughter, “Sorry, did Mom cross the line?”

Lee Re shyly explained, “To be honest, I might get hate for this, but before filming, I thought, ‘Kang Dong Won? He’s not really my style,'” making everyone laugh.

She continued, “But after seeing him in person, my very first thought was, ‘Kang Dong Won really is Kang Dong Won.’ I finally was able to recognize Kang Dong Won’s charms.”

“Peninsula” premieres this July. Check out the trailer here!

You can also watch “Train to Busan” with English subtitles below:

lee re
Kang Dong Won
Lee Jung Hyun
Peninsula
How does this article make you feel?