Based on a popular webtoon, “Backstreet Rookie” is a rom-com about a somewhat wimpy convenience store manager named Choi Dae Hyun (Ji Chang Wook) and his gorgeous, fiery part-timer, Jung Saet Byul (Kim Yoo Jung). The premiere is as colorful and zany as the teasers promised, and there are plenty of enjoyable bits about it, but also some parts we could do without.

Here are some of the parts that we loved and hated:

Warning: Major spoilers for the premiere episodes ahead!

LOVED: The fun, zany tone of the drama

You can definitely tell that “Backstreet Rookie” is a webtoon adaption from the way it’s filmed and edited. It really leans into this concept and has fun with manhwa-style effects such as on screen chunky text and having sparks fly around when Saet Byul is fighting — the whole thing feels as though you’re watching a manhwa come to life. The storytelling too zips along at a quick pace, quickly establishing Saet Byul’s crush on Dae Hyun after he casually gives her some advice. And because the drama doesn’t take itself too seriously, viewers can just sit back and enjoy the zany ride.

However, this isn’t to say this drama is just pure silly fun. From that little glimpse of Saet Byul’s introspective moment with her younger sister and worrying that she’s following in her footsteps, you can tell that there’s some deep cuts in her past that will take time and effort to heal. I’m glad that there’s these very human moments amidst the comedy which makes the story all the more well-rounded.

Ji Chang Wook’s past roles have usually been of one who’s at the top of their game. I don’t remember him taking on a character that’s just so… average, which is what makes this role all the more interesting.

Choi Dae Hyun is the (very handsome) manager of a convenient store and is someone who is quite easily manipulated as well as easily startled by the many strong women around him. He’s dopey, naive, easily intimidated, but has a great smile, and now that I think about it, this feels like the characterization usually taken on by female leads. You know, the bubbly, struggling-with-life-type that has the all men swooping in to save her. That’s basically Choi Dae Hyun, and gosh darn it, Ji Chang Wook is way too adorable in this role!

Ji Chang Wook really lets his comedic side out in this role!

First off, this needs to be shouted from the rooftops: Wow, is Kim Yoo Jung gorgeous!

Okay, now that that’s off my chest, can we also all agree how perfect she is for the role of Saet Byul? Kim Yoo Jung has that youthful vibrancy about her, but with hints of sultry appeal that transcends her relatively young age. And it’s this deadly combo that gives Saet Byul those extra dashes of flavor and makes her such a fun character to watch. In fact, it’s as if Saet Byul is a lethal black widow, weaving a web around her unsuspecting prey and waiting for him to fall into her trap. She’s so confident in herself and knows how to play her strengths, poor naive Dae Hyun won’t stand a chance against her! 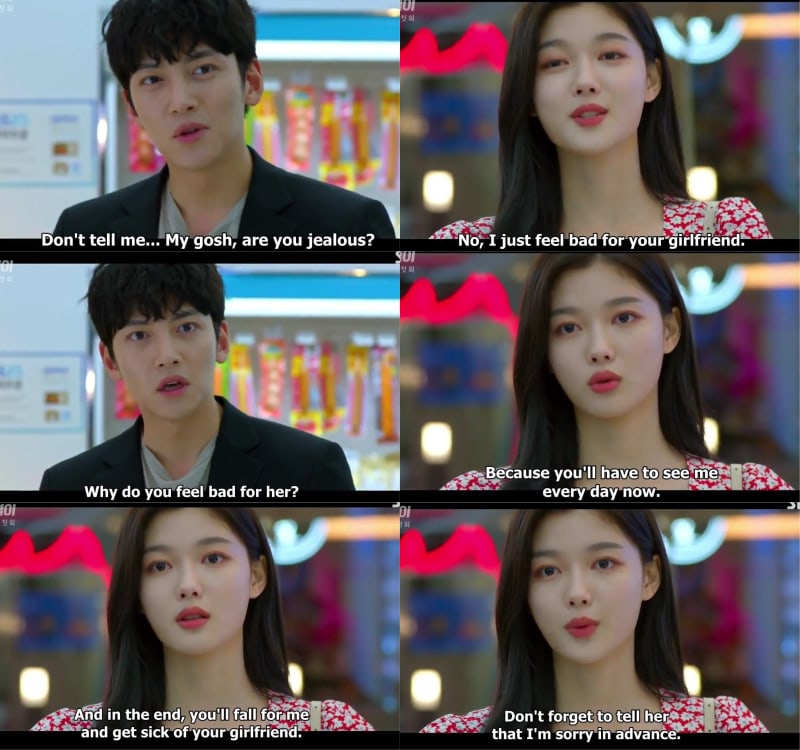 Also, this girl can fight! All the better to protect her (future) man, yes?

With the combo of bumbling Dae Hyun and irresistible Saet Byul, you know sparks are going to fly. And they do! They have such an easy chemistry to them, that their many tête-à-têtes always flow so naturally as if they’ve known each other for so long. But also, the power dynamic between them is rife with comedy. Dae Hyun, being the manager, tries to exert authority over part-timer Saet Byul. Yet, Saet Byul somehow manages to turn the situation around and has Dae Hyun doing the grunt work instead. Whatever spell Saet Byul is using on Dae Hyun, it’s certainly working!

Also, is anyone else completely taken in with Saet Byul’s squad? Her two best friends are hilarious. From the way they always lean their heads together to their similarly fiery tempers, this is one squad you wouldn’t want to mess with. The three girl friends alone are so much fun, but seeing how Dae Hyun shares such awkward energy with them, it makes you want to see more scenes with the four of them together. 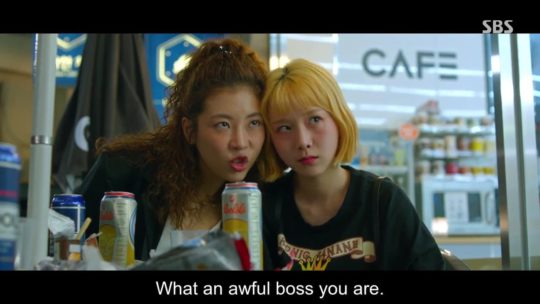 And finally, we can’t forget the girlfriend! Yoo Yeon Joo (Han Sun Hwa) is yet another strong female in Dae Hyun’s life (he really is surrounded by them) and it’s pretty obvious that she’s the one wearing the pants in the relationship. Now that she’s aware there’s a pretty, young part-timer working at Dae Hyun’s store, it seems like Dae Hyun will be in for some difficult times trying to appease the soon-to-be jealous girlfriend. 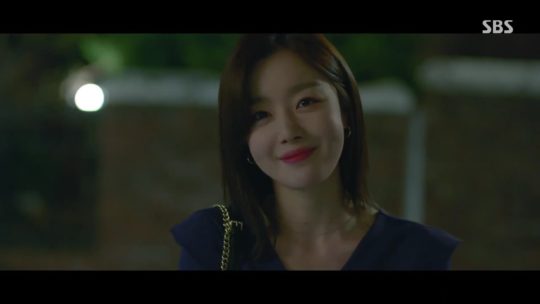 Ugggh. The scene that introduced Dae Hyun’s best friend Han Dal Shik (Eum Moon Suk) was… uncomfortable to say the least. It’s not his profession as an adult webtoon artist that’s the problem per se, but it was more so how unnecessarily over-the-top it was with all of Dal Shik’s supposed shivers and moans, as well as those lingering shots on those suggestive images. That was definitely a scene I didn’t need to see. 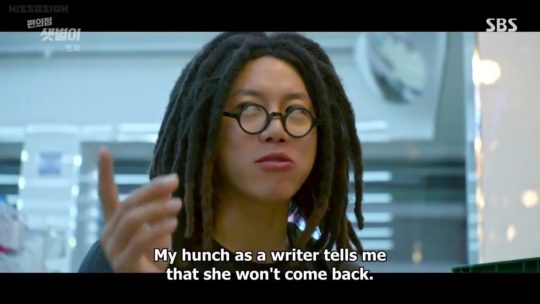 Also, not to be all PC and everything but in this day and age, having Dal Shik adopt a Jamaican/reggae persona, yet also suggesting that he’s unkempt and even unhygienic, feels quite culturally insensitive, no? Is there a reason this character needs to have this persona? If not, then why even include it at all?

Have you seen the premiere of “Backstreet Rookie”? Are you enjoying the fun of it all, or are you more peeved that it’s more “adult” that you expected it to be? And are you feeling sorry for the poor sloth that’s getting abused left and right? Let us know in the comments below!

Belinda_C can’t get over how gorgeous Kim Yoo Jung is. Talk SEVENTEEN‘s latest comeback, “Left and Right,” and Shinhwa with her on Twitter!