First Impressions: 4 Points From The Premiere Of “I-LAND” That Caught Our Eye

This “observational reality show” has 23 trainees vying for spots to debut in a new boy group under BELIF+, a joint venture between CJ ENM and Big Hit Entertainment.

So far, the premiere gave us a glimpse at what the show and the trainees have to offer, and it all looks pretty promising. Here are a few things that especially caught our interest:

The thing that stood out the most during the premiere was definitely the set (sorry, trainees!). My goodness, the whole place was movie-scale-production amazing, and as Rain mentioned, probably cost a pretty penny. It gives off a young adult dystopian vibe too. Imagine our protagonist tracking through a forest to end up at a huge, mysterious building located in the middle of nowhere. After entering the building, he’s told that it’s a center that trains elite warriors, and he’s welcomed to join them, but only if he makes it through the admission test alive. Anyone else? Just me? Okay, moving on. 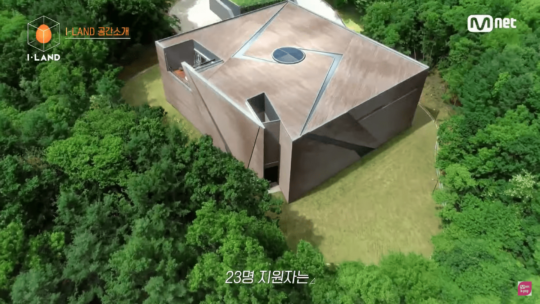 Anyway, it’s an impressive set, built specifically to cater to the trainees’ needs. There’s even a gym and a medical room, though the color scheme does make it look overly cool and sterile — which again gives off a dystopian vibe. Everything is very high-tech too, with the moving sections of floors in the performance room, the rotating egg-slash-doorway to I-LAND, and so on. Everyone — from producers to trainees — has gasped at the grandeur of the set, so we can only imagine how much more impressive everything would look in real life! 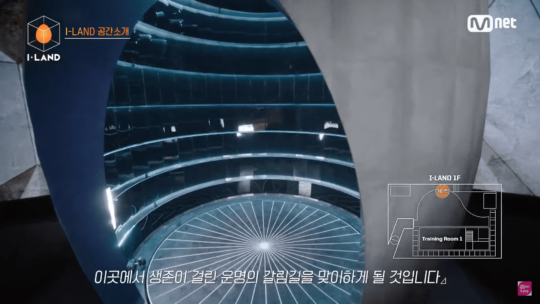 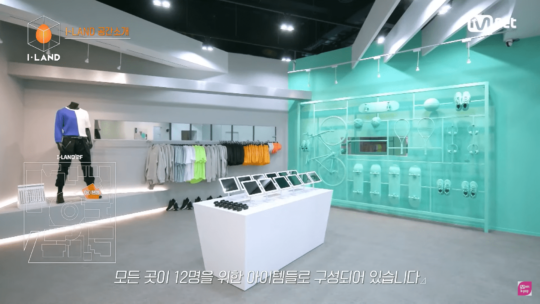 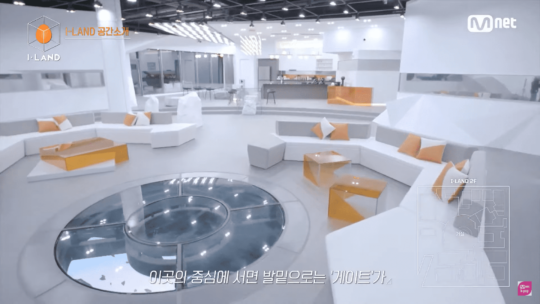 “I-LAND” has been marketed as an “observational” reality show, but it wasn’t until after watching the premiere that I fully grasped the scope of “observational”. They meant it as in the three producers — Bang Si Hyuk, Rain, and Zico — literally observing them in a “producing room” (which looks like a CCTV control room with screens plastered across the wall). They observed the trainees from the moment they walked in till the end of their entrance test, with no interaction at all throughout. We did hear their reactions to the trainees’ performances, and it was nice to get an idea of their thoughts and expectations — especially since they were able to see the whole raw, unedited versions of the performances, which would definitely give them a better perspective than what we saw on air.

The trio of Bang Si Hyuk, Rain, and Zico make an interesting team to watch too, given their different backgrounds and experience levels in the industry. It’ll also be intriguing to see what they have to offer down the line. Will they take a more hands-on approach down the road and personally bestow their wisdom on the trainees, or will they largely remain in the shadows? And if it’s the latter, it sure would be a shame wouldn’t it?

Given that the producers (a.k.a. the adults) are all hidden away, this basically means that the trainees are left to their own devices (with a little nudging from the overhead “voice”). The show puts an emphasis on one’s own choice and how they have to carve out their own pathways to success. And to be perfectly honest, I have conflicted feelings over this, specifically in terms of how the voting is done. It’s understandable that show wants to give the power back to the trainees (especially considering recent voting controversies on survival shows), but this power is a double-edged sword. For the entrance test, the 23 trainees go up on stage to perform, either solo or in groups. Then, the other 22 trainees vote to decide whether the trainee on stage gets to officially enter I-LAND, with there only being 12 spots.

Now, herein lies the issue. The trainees all have different standards of what is and isn’t good, which is another way of saying, there is no defining standard. There’s also a sense of peer pressure and herd mentality going on, with trainees looking to each other and gauging whether they’d raise their hands to vote or not. This leads to the trainees being especially generous with their votes in the first half, causing the spots to quickly fill up. Seeing this, the pendulum then swings the other way, and the trainees become super strict with their votes. It’s not a balanced way of voting and doesn’t seem ideal. It does have its entertainment factor and adds the needed tension, and there probably aren’t any lasting repercussions (the trainees who didn’t get voted in aren’t actually kicked out, just moved to a different location called the “Ground”), but it’s all quite mentally taxing, especially on these young teens. Also, that red light underneath their feet after they are voted out, constantly reminding them of their failure? Ugh, hard pass! 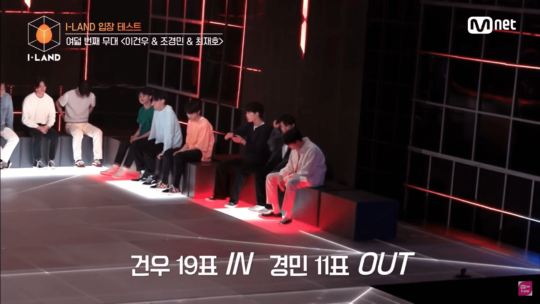 Now, onto the core of the show! And by that I mean the trainees. There are 23 trainees in total, with various nationalities, training periods, and backgrounds. Here’s a few that particularly stood out:

The duo chose to perform NCT U’s “The 7th Sense,” a song that is well-known for being difficult to replicate. They turned in a memorable performance, using their bodies to make beautiful lines and shapes. Sunghoon’s training as a figure skater definitely translated well here with how fluid his movements were.

Ni-ki, from Japan, was part of a trio of foreigners, including Hanbin from Vietnam and Nicholas from Taiwan. Performance aside, I would applaud them just for being able to communicate with each other well enough to coordinate their stage. They performed SuperM’s “Jopping,” and both trainees and producers noted that Ni-ki was the one who naturally stood out among the trio.

Heeseung was the trainee that everyone had an eye on. He had trained under Big Hit Entertainment for the past three years and had trained alongside the members of TXT. Expectations were certainly met as he took to the stage by himself to perform NCT U’s “Boss,” without any nerves in sight. He looked as if he owned the stage.

EJ, along with Daniel, performed Zico’s “Any Song.” It was a bright performance, grasping Zico’s original fun and playful vibe for the song. Though their stage wasn’t the best of the bunch, the producers noted that EJ looked very natural and charming on stage and that he had the potential to go far.

This group was the last to perform and was made up of the trainees who had the shortest training periods. Despite so, the trio’s performance of TXT’s “Crown” was done so well, it seemed as though they had been training for much longer. Their song choice fit them perfectly, and they brought a really great, joyful energy to the performance.

Watch the first episode of “I-LAND”:

What are your thoughts on “I-LAND” so far? Any favorite trainees yet? Let us know in the comments below!

Belinda_C has an eye on Sunoo. He reminds her of someone, but she can’t place her finger on it. Talk SEVENTEEN‘s latest comeback, “Left and Right,” and Shinhwa with her on Twitter!